The stars are out in Birmingham this weekend as the Diamond League returns to these shores with memories of Tokyo flooding back.

There will be a glimpse of what is to come at the Commonwealth Games this summer in the newly-renovated Alexander Stadium. While markers will be laid down for what promises to be an action-packed summer that also includes World and European Championships.

Olympic medalists Laura Muir, Keely Hodgkinson and Josh Kerr headline their events, while Dina Asher-Smith appears primed to bounce back from her injury heartache at the Games to defend her 100m world title in perhaps the most exciting event in the sport.

There was crushing disappointment for British fans this week when Olympic champion Elaine Thompson-Herah pulled out with an injury scare on Thursday, especially with Florence Griffith-Joyner’s previously untouchable world record of 10.49 in sight each time the Jamaican explodes out of the blocks.

But the race retains it’s shine with the Daryll Neita, Shericka Jackson, Ajla Del Ponte and Gabby Thomas all primed to build more hype in what is quickly blossoming into a golden age for women’s sprinting. 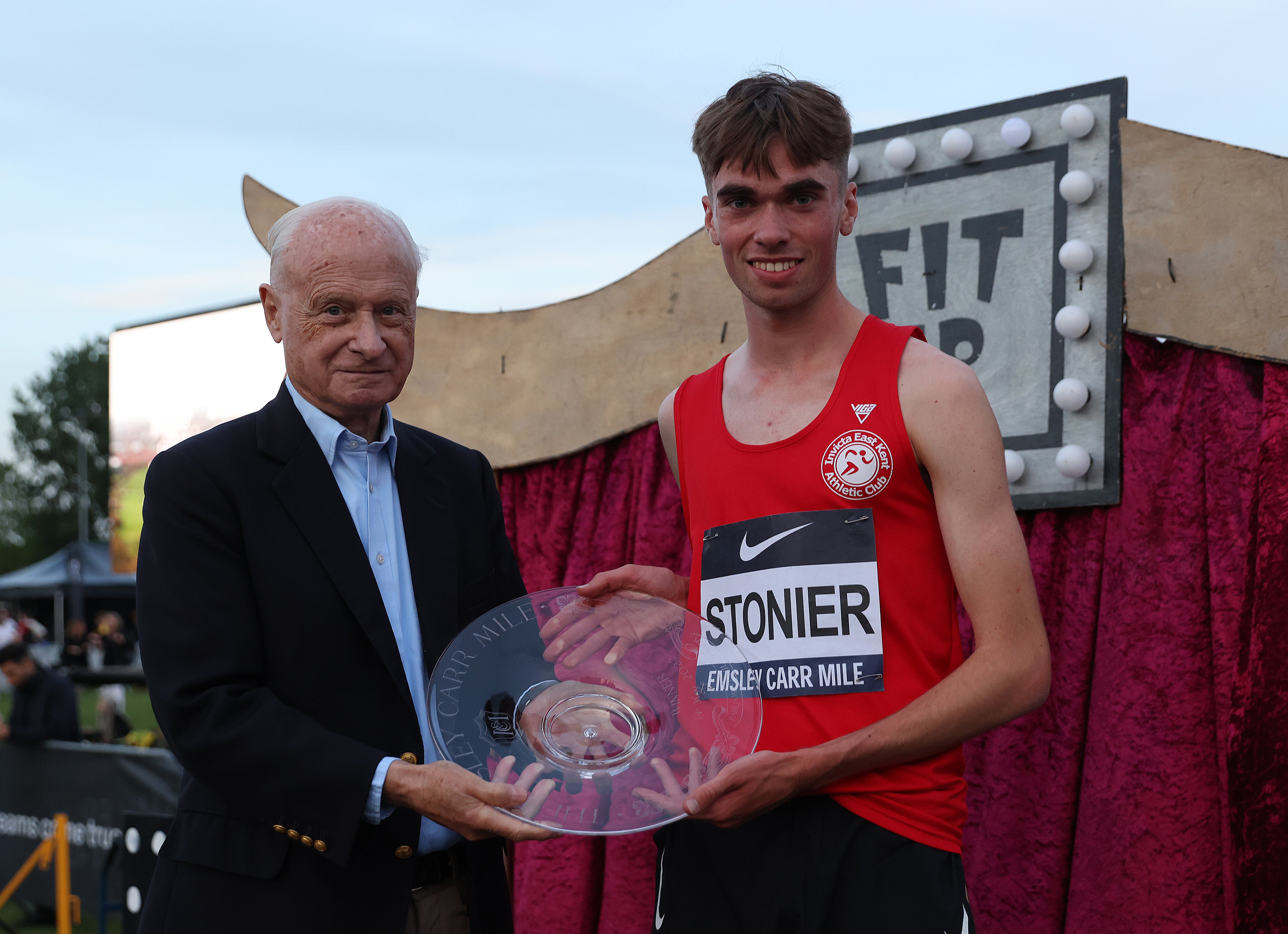 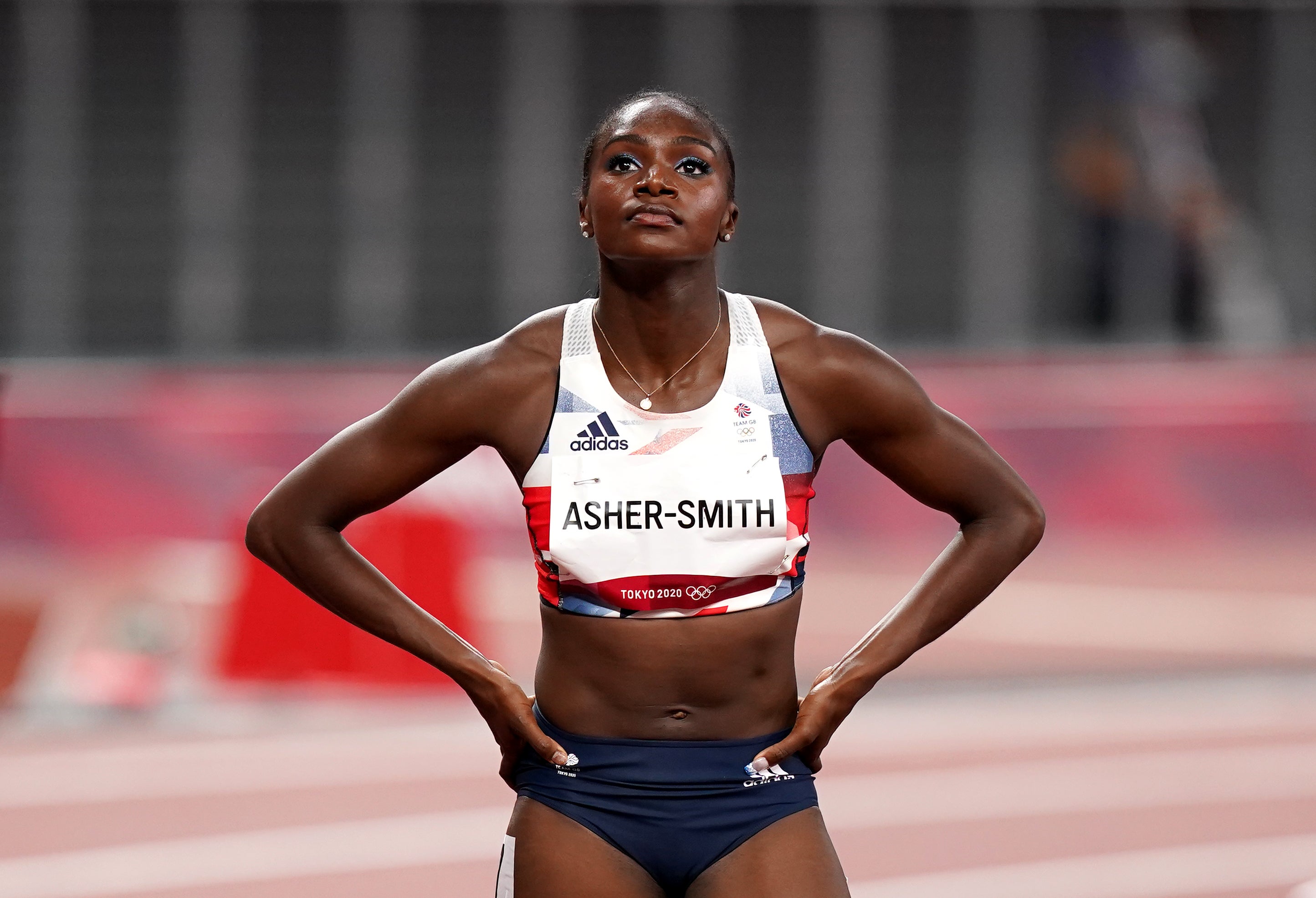 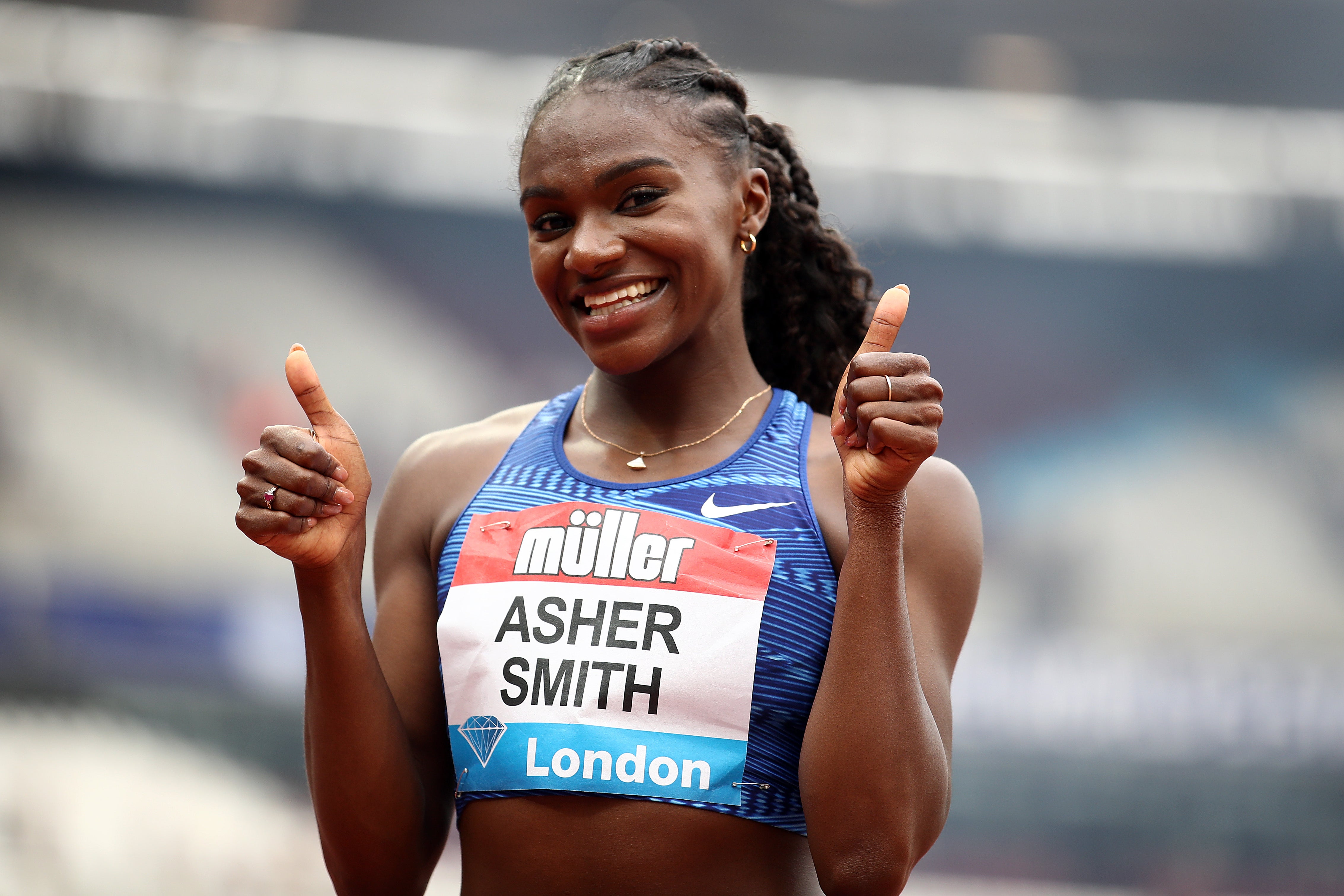 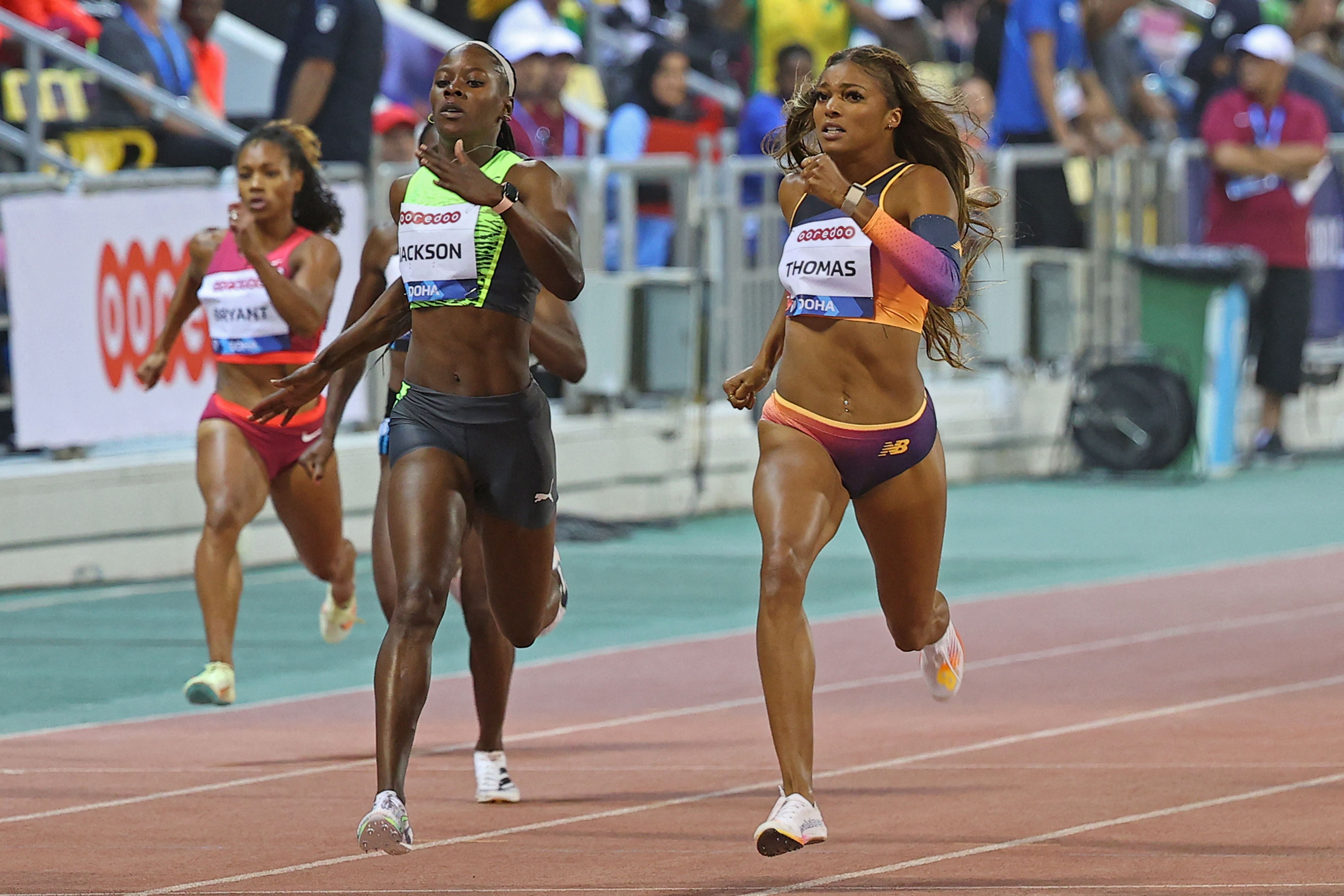 There is a similar intrigue surrounding the men’s 100m, despite the absence of Olympic champion Marcell Jacobs, with the formidable duo of Olympic bronze medalist Andre De Grasse and Trayvon Bromell, who produced a sizzling, wind-aided 9.75 last month.

The hope is they could help drag the British quartet of Adam Gemili, Zharnel Hughes, Nethaneel Mitchell-Blake and Reece Prescod to fast times. 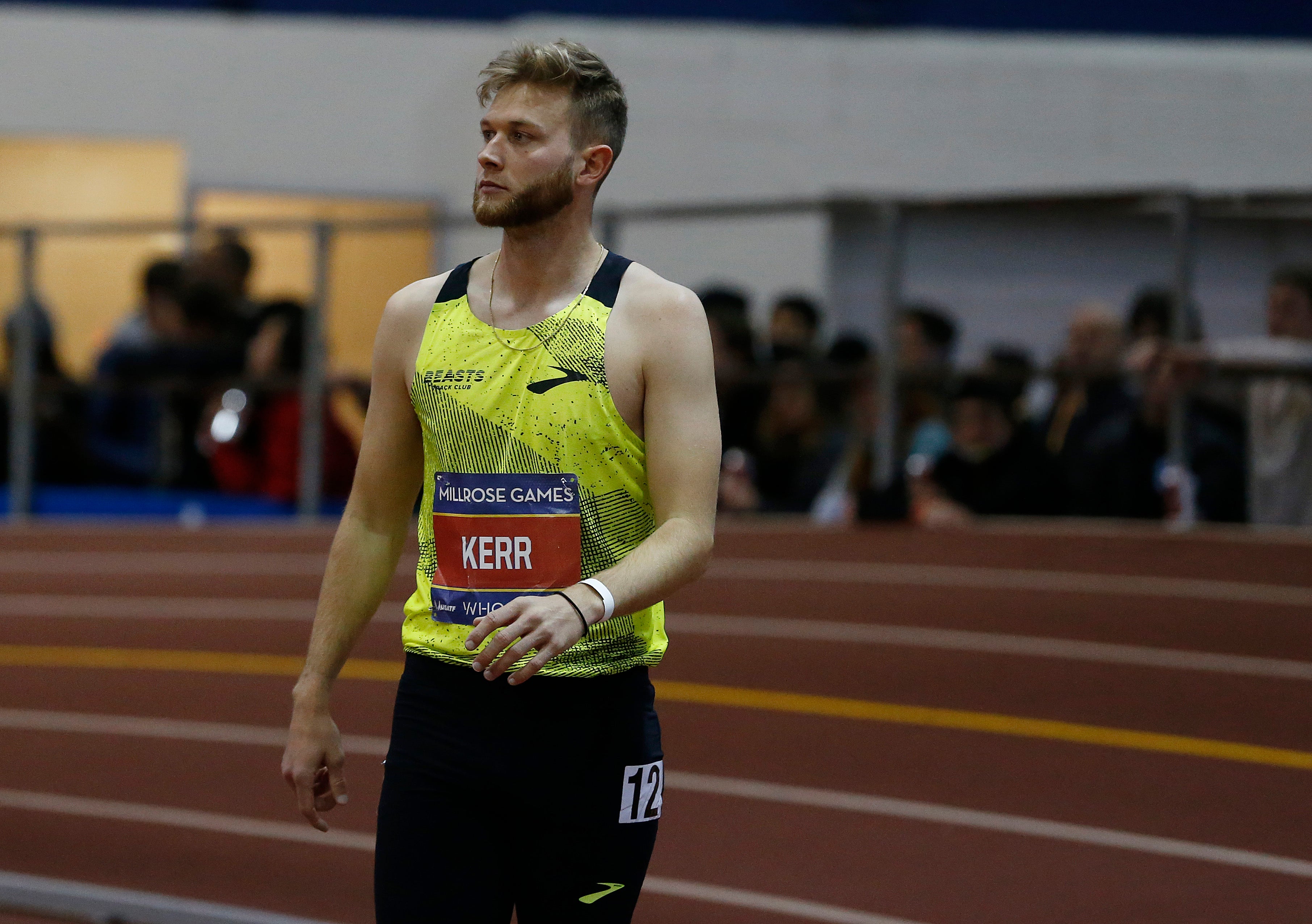 Josh Kerr is back in action in a packed 1,500m field

In terms of gripping entertainment and sheer unpredictability though, look no further than the men’s 800m, including Great Britain’s Jake Wightman and Dan Rowden.

While there is a similar feel to the men’s 1,500m, with Kerr eager to take down world leader Abel Kipsang and world indoor champion Samuel Tefera in a rare outing for the Scot.

“I always like to start my season by trying to lay down a strong marker over 800m before I start racing the 1500m,” Wightman tells the Independent. “This weekend is a great chance to run against the worlds best over an event I don’t race as often, so the challenge is exciting.

“I’m looking forward to seeing what the 1500m has in store also, as there’s lots of Brits in the field ready to run very fast. The standard of our event keeps going from strength to strength which will hopefully show in Birmingham.”

At times neglected, the field events pack a punch here too, with the women’s pole vault including the last two Olympic champions: Tokyo winner Katie Nageotte and Rio gold medallist Katerina Stefanidi. While the men’s high jump will include one of the icons of Tokyo: Gianmarco Tamberi, who famously shared gold alongside friend Mutaz Barshim. 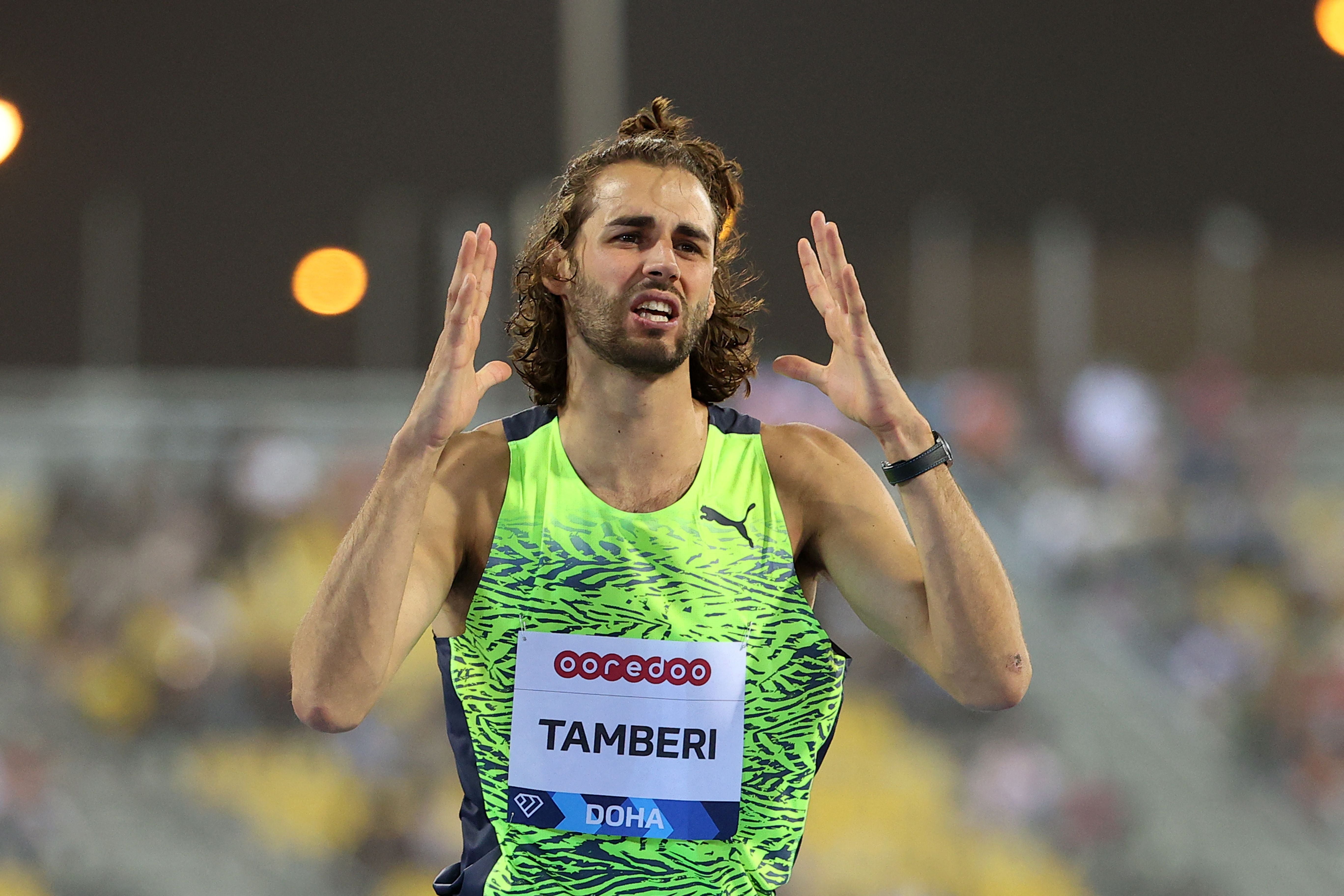 Gianmarco Tamberi will look to rediscover his form in Birmingham

Also in action is Jamaica’s Olympic champion Hansle Parchment, who will hope to navigate the streets of Birmingham without panic, unlike his pre-race journey to the Tokyo final, when he hopped on the wrong bus moments before upsetting Grant Holloway in a frenetic 110m hurdles final.

Beyond the performances on the track, there is an intriguing subplot to this Diamond League with murmurs behind the scenes about the future of UK Athletics. Speculation suggests there is a temptation to sever ties with the London Stadium and shift the epicentre of British athletics away from the capital to Birmingham. “We’ve got a really nice new stadium in Birmingham, which I’ll be fortunate enough to try out next week,” Asher-Smith said. “I’m very excited for that and very excited about the Commonwealth Games. But I always think that London is the centre of sport in the UK. All the other major sports have their base in London.” 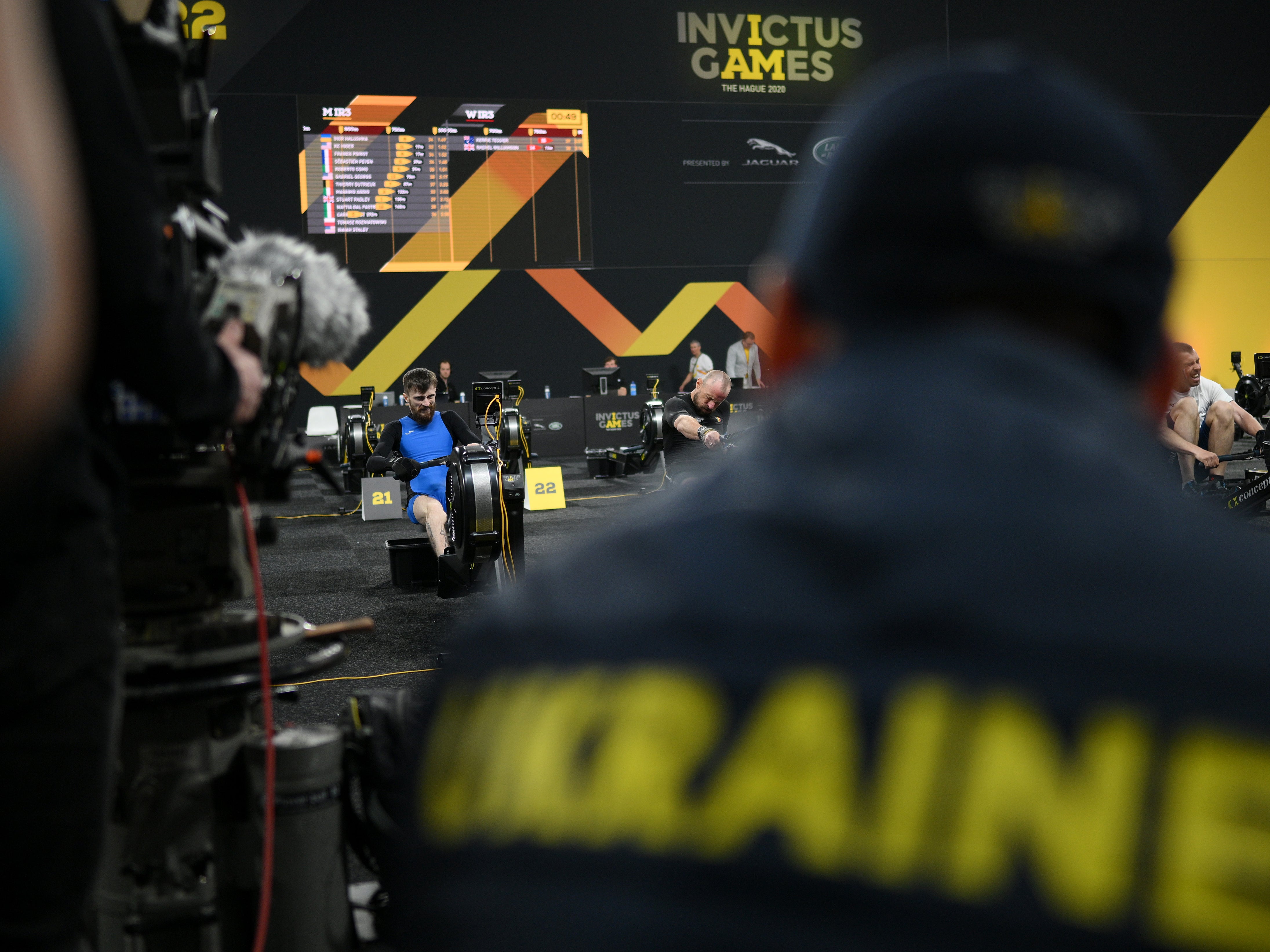 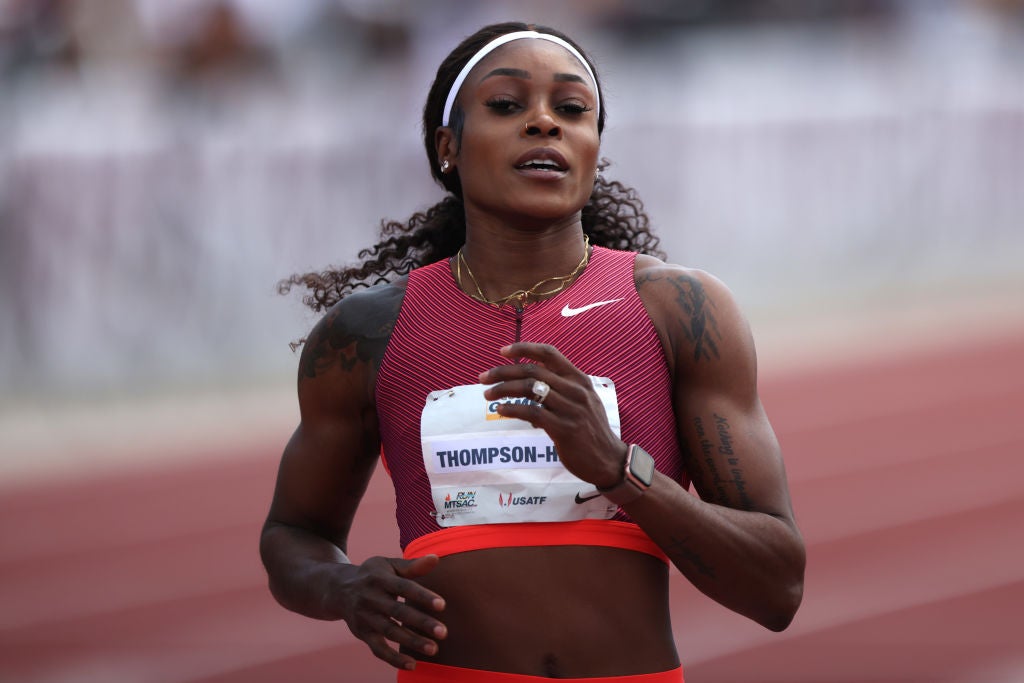 While Wightman hopes the shiny new look to the Alexander Stadium can hand himself and others a boost: “Hopefully with the new facelift it can elevate the performances and atmosphere there and give us a taste of what the Commonwealth Games are going to be like this summer.”

Saturday will demonstrate the potential to showcase the world’s best across a diverse set of events to inspire the next generation. Whether it is merely as a second hub or much more, Saturday will show how Birmingham can elevate British athletics in years to come.