Cricket legend Shane Warne has hit out at the "continual lies" about his personal life in an angry rant on social media.

Warne, 51, was at The Oval commentating for Sky Sports on the England v India Test match on Thursday, but found the time to take to Twitter and vent his anger over suggestions he is back with ex-Liz Hurley.

"For 30 years my children and I have had to put up with your lies and fabricated stories – well not anymore. You should not be allowed to just make things up. You are going to apologise to the Australian public for your continual lies and my family as this is an absolute disgrace – AGAIN!” he wrote. 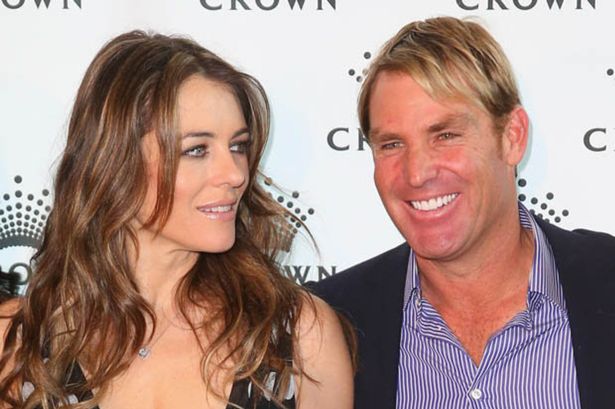 “And for the small minority out there that want to reply with smart arse comments – imagine what it would be like if someone continually made up stories about you and put it in the public domain for 30 years and the effects that has on your mental health and your families!”

Although the former Australian leg spinner, who took 708 Test match wickets and is widely regarded as the greatest bowler of all time, didn't specify the source of his anger it appears he was responding to a story from Woman’s Day. The magazine had implied Warne and English actress Hurley, who got engaged in 2011 before splitting two years later, had rekindled their relationship.

Warne has previously spoken about the difficulties that he and Hurley, 56, had to endure once their romance became public knowledge.

“We had seven cars following us and a helicopter over our head just following us, running red lights, cutting off in front of us.”

Warne has been no stranger to controversy and media frenzy ever since he made his Australia debut in 1992.

In 2000, he lost his Australian vice-captaincy after engaging in "dirty talk" on the phone with a British nurse, and six years later photos emerged of him standing in his underwear with models Coralie Eichholz and Emma Kearney.

Only last year he took aim at Woman's Day and another Australian gossip magazines, New Idea , accusing the publications of having “gone after all of my children over the years."