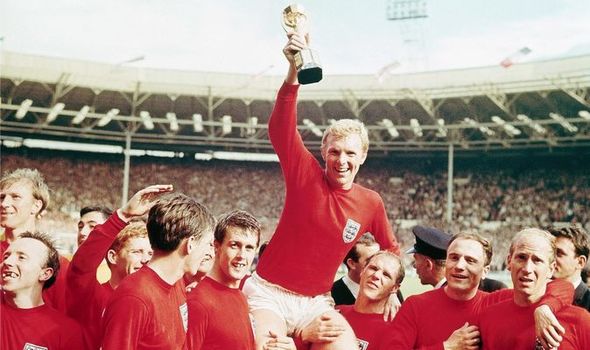 Muhammad Ali and George Foreman’s iconic “Rumble in the Jungle”, and Gazza’s goal against Scotland at UEFA EURO 96, also featured in top 30 list.

I can still remember the buzz of playing in front of fans, absolutely no feeling like it

Despite a love of major sporting events, 46 percent have never been lucky enough to attend one – with 52 percent intending to try and get tickets only to end up watching it on the telly.

A spokesman from UEFA Women’s EURO England 2022, which commissioned the research ahead of the ballot for tickets closing on 16th November, said: “There have been so many iconic events over the years and we can see from this research that fans can’t get enough of them.

“Everyone loves big sporting moments, but we also don’t like to miss out and get the dreaded “what if” feeling.

“With England hosting the Women’s EURO next year across nine cities, there’s another huge opportunity for fans to be a part of an iconic sporting event.”

Aside from the need to travel back in time, 52 percent have been unfortunate enough to miss a key moment of a sporting event in person – from having left early.

And 35 percent have been left wondering what might have been after experiencing FOMO when watching such events unfold at home.

When it comes to football, nearly half prefer the feel of an international tournament to a domestic one – with 42 percent believing it means more to win a tournament on home soil.

This is due to feeling the atmosphere in the country, seeing how much it means to people and being easier to get behind your team.

It also emerged that while 45 percent have watched a women’s match on television, only seven percent have done so in person.

“It’s going to be huge, unreal to be a part of and not something you’d want to miss.

“England vs Austria, at Old Trafford will be a very fitting curtain raiser for the tournament – I’m expecting the fans to pack out the stadium and kick off this huge tournament in style.

“I can still remember the buzz of playing in front of fans there, absolutely no feeling like it so it’s the perfect opening stage for the tournament.

“The organisers are looking to set a record Women’s EURO crowd for that game and then hopefully a full attendance once again for the final, making it the biggest European crowd for a women’s football match ever.

“I can’t wait to witness that. What a moment for the women’s game that will leave such a massive legacy, inspiring huge numbers to be part of it in the future, whether its playing or watching.”

Ferdinand cites Tiger Wood’s first major win – the Masters in 1997 – and Jordan’s buzzer beater, “The Shot”, that eliminated the Cleveland Cavaliers in the 1989 NBA play offs, as two sporting moments he would love to have witnessed live due to the buzz and energy of the crowd witnessing something history defining.

The spokesman from UEFA Women’s Euro England 2022, added: “With it being set to be a record-breaking women’s event – hopefully it’ll be one spectators can speak about for years to come and tell people “I was there”.

“With 31 matches across 10 venues in nine cities, fans have plenty of opportunities to be part of history.

“While the tournament might be next summer, the opportunity to get tickets via the ballot is coming to an end soon, so don’t miss out and grab your tickets now.”

To find out about the fixtures of the upcoming tournament and how to get tickets, visit here.