LeBron James overcame a slow start to finish with game-highs of 28 points and 12 rebounds as the Los Angeles Lakers moved within one win of their 17th championship with a 102-96 victory over the Miami Heat in Game 4 of the NBA Finals on Tuesday night.

James scored 20 of his points in the second half and added eight assists on the night as the Lakers seized a 3-1 lead in the best-of-seven series. 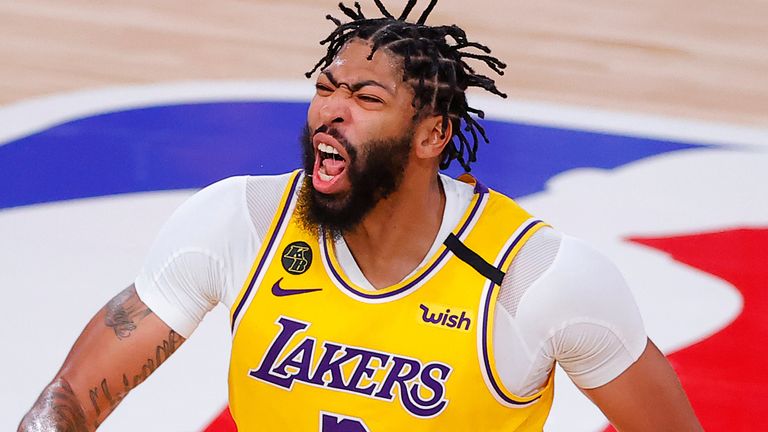 Game 5 takes place in the early hours of Saturday morning, live on Sky Sports (coverage commences at 1:45am). 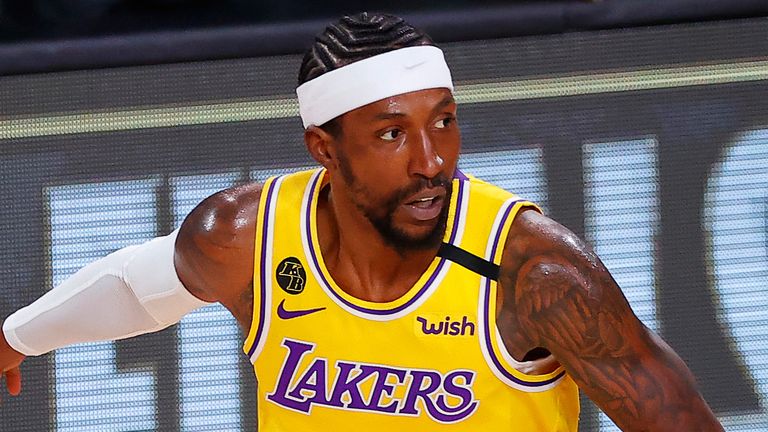 The Lakers went ahead 93-88 on a Caldwell-Pope three-pointer with 2:58 remaining. After Adebayo couldn’t beat the shot clock on a jumper, Caldwell-Pope finished a lay-up on the other end for a seven-point lead.

Jae Crowder nailed a trey to cut the Heat’s deficit to four with 1:37 left, but Rajon Rondo scored his first bucket of the game and Davis followed from three-point range to seal the game for the Lakers.

Down by five to begin the fourth quarter, Miami knotted the score at 83 on a Butler lay-up with 6:27 left.

The Lakers scuffled to begin the third before James nailed a deep three-pointer for a 55-54 edge. That kicked off an 11-3 stretch during which James either scored or assisted on each of his team’s buckets. 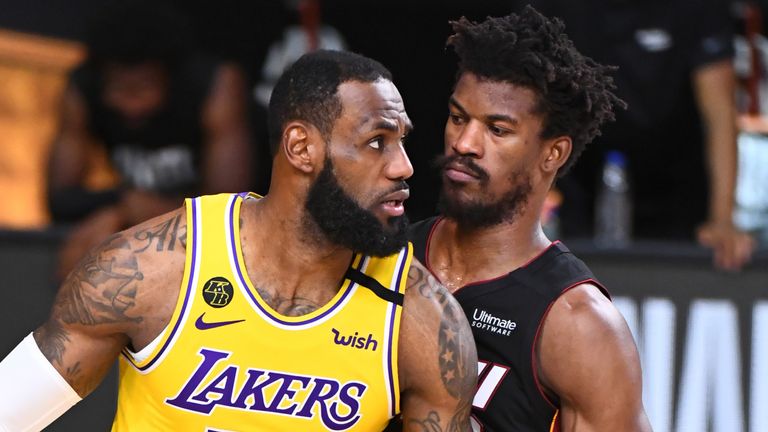 The Los Angeles lead reached 71-64 on back-to-back threes from Kyle Kuzma and Davis. The Lakers ended the quarter up 75-70.

Trailing 27-22 after one, the Heat began the second quarter on a 12-2 run to grab a five-point lead of their own. Los Angeles levelled the game at 39 on a Markieff Morris trey and pulled away to 49-45 on an Alex Caruso three-pointer with 27.6 seconds remaining.

A Herro jumper just before the buzzer cut Miami’s deficit at the break to two. Butler led all scorers with 13 in the half. James struggled with eight points and five turnovers before half-time, but he gave the ball away just once in the second half.

President Chris Paul — the point guard at a time of crisis