One of Europe’s greatest Ryder Cup players, Sir Nick Faldo, once received a ridiculous comparison from one of his American opponents, with Scott Hoch comparing the golfing great to former Iraqi President Saddam Hussein.

Hoch, who was making the first of two appearances at the Ryder Cup, reportedly made the remark back in 1997, the year Faldo featured in his last event for Europe.

And Hoch, speaking about his rival, remarkably commented: “Nick Faldo is as much fun as Saddam Hussein.”

The pair’s history together does not stop at the Ryder Cup, as both Hoch and Faldo famously played out one of the most dramatic Masters play-offs of all time at the 1989 event at Augusta National. 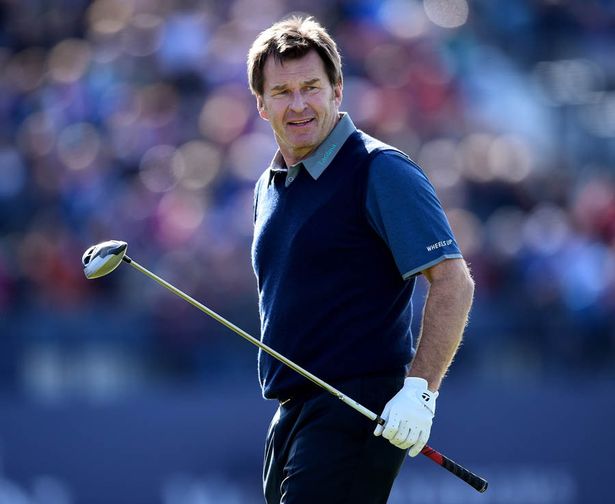 Hoch had a golden opportunity to secure the coveted green jacket on the opening play-off hole.

However, the American wrote himself into the Augusta history books for all the wrong reasons, as he missed a title-winning putt from two feet to extend the play-off to a second hole.

And the agonising missed putt would prove costly for Hoch as Faldo went on to win the following hole and the event to secure the first of his three Masters titles after he followed up his 1989 win, with a back-to-back victory in 1990, and a third in 1996.

Despite the criticisms of his personality from his US rival, there is no doubting Faldo’s ability on the golf course, most notably on the biggest stage of all at the Ryder Cup.

What are your predictions for the upcoming Ryder Cup? Let us know in the comments section.

The Englishman enjoyed a remarkable career in the blue and gold of Europe, having won the event five times in his 11 appearances.

Faldo amassed an impressive 25 points to leave him second on the all-time European points list behind Spaniard Sergio Garcia, who currently has 25.5.

Faldo's illustrious Ryder Cup playing career then saw him take the reins as captain, as he was voted European skipper for the 2008 event at Valhalla.

However, he was unable to transfer his playing successes into his captaincy as the American’s picked up their first victory in three attempts, as they defeated the European’s 16 ½ – 11 ½ in Kentucky.

The two teams will once again lock horns for the 43rd edition of the tournament this week, with Padraig Harrington the man in charge of the Europeans at Whistling Straits, as they look for their fifth win in six events.