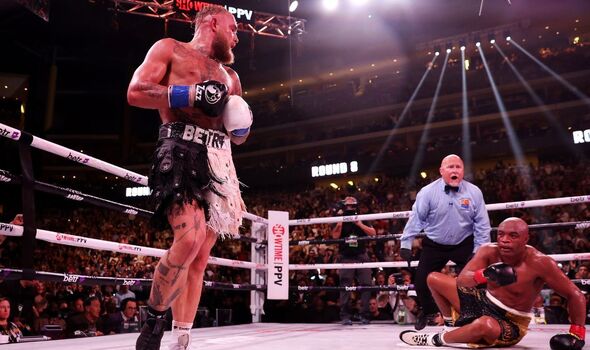 Anderson Silva has strongly denied allegations that his fight with Jake Paul was rigged, declaring Paul a talented boxer who he believe deserves more respect. Paul came into the fight as the underdog against the UFC legend, despite being 21 years his junior with Silva fighting at the age of 47. In a back and forth fight, Paul begun to get the better of the Brazilian after the midway point of the bout and landed a knockdown in the final round to secure a unanimous victory on the judges scorecards.

Silva was riding a two fight win streak coming into the bout, with wins over UFC heavyweight legend Tito Ortiz and a surprising win over former world champion Julio Cesar Chavez Jr – who once went 12 rounds with Canelo Alvarez.

But Paul showed off his punching power in the fight, notably hurting Silva on a number of occasions before dropping him in the final round with a left jab minutes before being declared the winner.

Some believed that Silva might have taken a dive, with the fight being fixed, with UFC star Paddy Pimblett notably questioning the legitimacy of the fight. But Silva has rubbished those claims. He told TMZ Sports: “The people don’t give credit to Jake. Jake is a very young guy, he’s very determined and training hard every day. I didn’t have the strategy correct and I lost the fight and that’s amazing because I continue to learn, continue to accept the new technique with my coach, and that’s great.”

Silva is now set to return to mixed martial arts, as he’ll compete in a Brazilian Jiu-Jitsu tournament in Dubai in the coming months with his opponent yet to be announced.

For Paul though, he now finally looks set to face his long-term rival Tommy Fury, with the third time that a date has now been agreed upon.

The two have reportedly agreed to fight on February 25 in Saudi Arabia, after Fury was denied to an ESTA to enter the United States to fight Paul last year.

Many have doubted whether a fight will actually take place, with neither fighter yet speaking or announcing that they are in discussions to make the bout happen.

Fury would be the first recognised boxer who Paul has faced in his career, with the early odds indicating that the Manchester fighter would be the favourite.