Anthony Joshua has been left “pretty upset” at some of the accusations he has faced following his emotional speech at a Black Lives Matter demonstration last weekend. The British boxer attended the peaceful protest in his hometown of Watford and, reading a speech written by his friend Reece Campbell who could not attend, called for an end to racism.

The address included a part where Joshua said those at the rally should “show them where it hurts” and invest in black businesses.

“We must not use the demonstration for selfish motives and turn it into rioting and looting. We need to be united in non-violent demonstrations,” the 30-year-old declared to the crowds.

“Show them where it hurts, abstain from spending your money in their shops and economies, and invest in black-owned businesses.

“And that’s for all communities if you want to uplift yourselves, invest in your own businesses.”

And that has seen him criticised in some quarters for inciting racial prejudice – to which Joshua responded on social media: “If you think I’m a racist, go f**k yourself! If you watch the full video, the speech was passed around for someone to read and I took the lead. 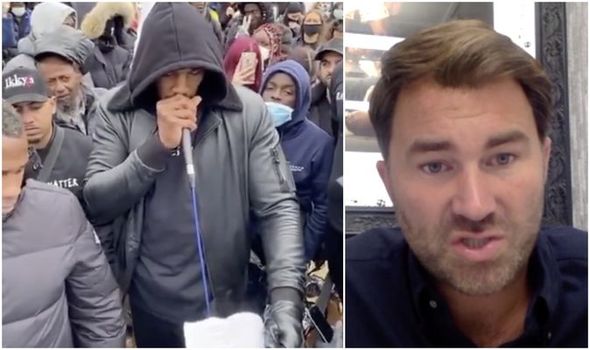 “I personally spoke from the heart about the Watford community, ideas of us personally investing 7 figures to create unity and opportunities and adding change to the African / Carribean community.

“Shops aren’t the issue here. Before you talk s**t you better boycott racism. I said what I said and I will act to make change.”

And now the WBA, WBO and IBF heavyweight title-holder’s promoter Eddie Hearn has also addressed the matter, and admits the criticism levelled at Joshua has hurt the boxer.

But Hearn also acknowledged that had he read his own speech, Joshua would have worded things differently and that in hindsight, to read words not his own may have be an error in judgement despite the good intentions behind it.

“I spoke to him for an hour this morning. He’s pretty upset,” Hearn told Sky Sports News of AJ, who could be seen on crutches and in a knee brace at the protest after a twinge in training.

“Because I think too many of us have been guilty in the past of not speaking out, or not doing enough, and it’s sad that it’s taken something like this to kick-start so many individuals.

“So many businesses as well to start realising that we have to make change, because racism is something that runs deep throughout this country.

“It’s here now and it’s historical, and it has to change.

“I think conversation is good, and I’m very proud of Anthony of his mindset of speaking up and trying to promote what he has always tried to promote, which is to uplift people, to motivate people, to do better, to be better, and to be better people.

“There’s all these clips that go around the internet. Go back and watch the clip.

“He clearly states, ‘I’m going to read out this speech here’, by the gentleman who wrote it, and maybe he would have phrased it differently.

“It wasn’t a speech about white businesses and white shops, but people are very quick to criticise different things or put their take on it.

“Probably in hindsight, he shouldn’t have read someone else’s speech, but he was there to try and take part in a gathering to try and uplift the community, and let’s look at the positives of why he was there, what he was representing and what he’s trying to give back to the community. 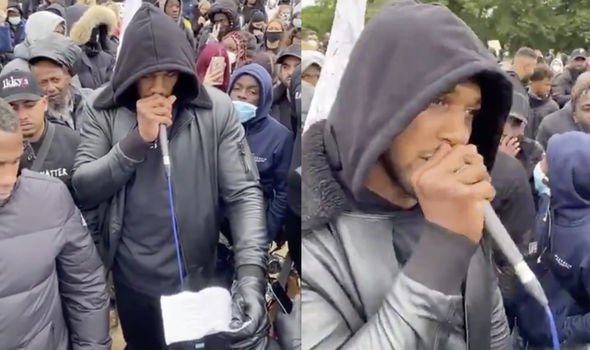 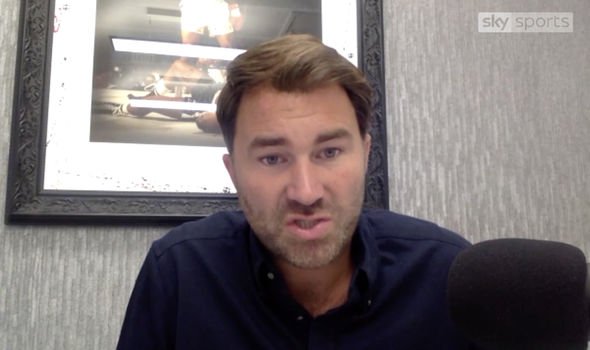 “This is a good individual, with good morals, a good person, that wants to change the world for the better.

“I think one of the positives that have come out of his appearance is conversation, is talking points, is change and that is very important to him and it should be important to all of us.”

Hearn insists he cannot understand some of the criticism that has been labelled at AJ, but admits the Brit – who has this week reached an agreement for a two-fight deal with countryman Tyson Fury – might have reworded it had it been his own speech.

“He read someone’s speech out, which he may have phrased differently, if he had read it himself,” the Matchroom Boxing chief continued.

“People want to interpret the words of that in many different ways. I’ve seen some strange thoughts of what that was supposed to mean.

“It wasn’t his words, but he did speak some of his own words as well, which was about uplifting his community, investing in his community, which is Watford, and he’s got a seven-figure investment that he’s putting into his own town soon to give people more opportunities.

“He spoke about gang culture being dead, he spoke about making sure that all gatherings and protests were peaceful ones. There were so many positives that came out of what he said.

“I’ve known Anthony Joshua for eight years. I know him inside out. It hurts when some of the accusations have been flying his way.”