Conor Benn has fired a shot at Chris Eubank Jr after his former world champion father threatened to pull him from their highly-anticipated clash. Benn and Eubank Jr were set to fight at 157lb catchweight on October 8.

However, Chris Eubank Sr – who held the WBO middleweight and super-middleweight titles between 1990 and 1995 – has reportedly intervened ahead of the contest and suggested he fears for his son’s life. Speaking to the Daily Mail, Eubank Sr said: “My son’s life cannot be put in danger…I’ve already lost one. It can’t happen again.”

The former world champion was referring to his son Sebastian who died from a heart attack last year just days before his 30th birthday. He added: “If they’re not going to listen to me, then they’ll have to listen to my King’s Counsel. That fight does not happen.

“If he doesn’t take the advice then I have to put my foot down… have you ever heard of Russian Roulette? When you spin that barrel, that’s what he’s doing and that I can’t let him. 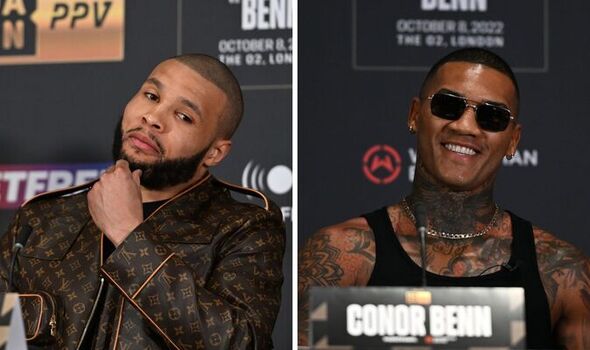 “I’ve given him my direction. If he doesn’t want to follow it, he will be dragged along. But he will do what is right for him… he is coming down 1oz below 160lbs which cannot happen on my watch.”

As a result, Benn took to social media and posted an image of him and Eubank Jr at the face-off with an ‘X’ drawn through his opponent and the caption ‘grounded’ – along with a baby face emoji. After the news of Eubank Sr’s intervention emerged, Benn reportedly headed to the gym before posting: “Just sparred 10 rounds…. While Someone’s having DADDY ISSUES.”

Both men were set to put their impressive records on the line and re-ignite the rivalry between the two families before the disruption. The classic Benn-Eubank rivalry of the 1990s saw Eubank Sr and Nigel Benn fight twice. Eubank Sr won the first clash in 1990 before the second in 1993 ended in a split decision draw. 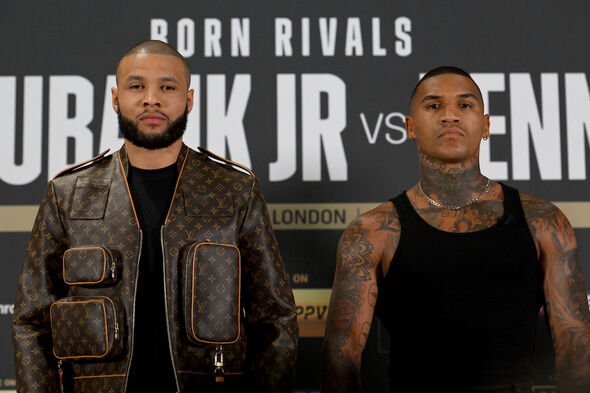 During his face-off with Benn, Eubank Jr admitted his dad did not want him to take the fight but he was confident he would make the catchweight limit and secure the win. He said: “[Eubank Sr] said don’t take the fight. Don’t take it because it’s not the right time.

“Wait a year, get a few more wins under your belt, let him [Benn] get a few more wins. Build the fight, build the hype and have it in a football stadium next year. This fight does that, and the quick turnaround we’ve got now we can’t put it in a stadium. So his thing was to wait.”

Eubank Jr and Benn are still scheduled to fight nearly 30 years after their fathers battled for a second time in the WBC super-middleweight world title fight at Old Trafford. The contest ended in a draw.