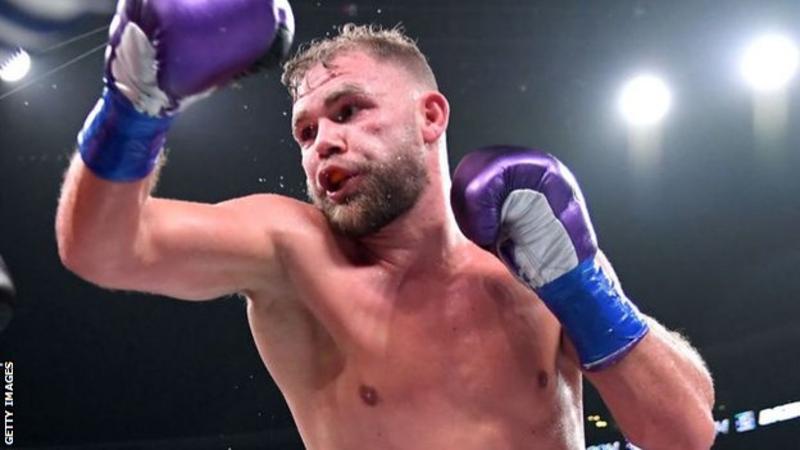 World champion Billy Joe Saunders has apologised for a video on social media in which he advised men how to hit their female partners during the coronavirus lockdown.

The WBO super-middleweight champion, 30, was shown demonstrating techniques on a punch bag.

He added: “If I saw a man touch a woman I would smash him to pieces myself. Apologies if I offended any women.”

In the video Saunders explained how to react if “your old woman is giving you mouth” and “she’s coming at you, spitting a bit of venom in your face”.

He then shows how to “hit her on the chin” and “finish her off”.

Saunders was close to finalising a deal to face Mexico’s Saul ‘Canelo’ Alvarez in Las Vegas on 2 May before the outbreak of the coronavirus pandemic.

Saunders, who is unbeaten in 29 bouts, held a world title in the middleweight division before moving up to super-middleweight.

He defended his title in a laboured knockout win over Marcelo Esteban Coceres in Los Angeles in November.

Frank Warren labels Mike Tyson 'a thug, a bully and a misogynist'