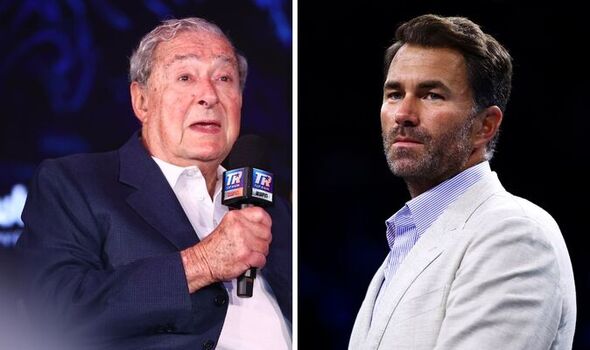 Top Rank chief Bob Arum has launched a scathing attack on Eddie Hearn for the collapse of Tyson Fury vs Anthony Joshua by claiming the British promoter never wanted his man to take the fight with the Gypsy King. The two heavyweight titans had looked set to collide in Cardiff on December 3 before a breakdown in negotiations last week and the pair now look poised to face alternative opponents before the end of the year, much to the disappointment of boxing fans around the world.

This is the second time a deal has died between Queensbury Promotions and Matchroom Boxing after an arbitrator previously ordered Fury to rematch Deontay Wilder for a third time in the summer of 2021 when the WBC champion and AJ were due to meet in Saudi Arabia for all the marbles on August 14.

Nonetheless, Hearn has insisted he has been fully cooperative during discussions with Queensbury’s George Warren, who is adamant Matchroom are the reason why they were unable to get the fight over the line.

Now Arum, who worked as Fury’s co-promoter during his remarkable fightback from mental health struggles and alcohol and drug addictions has hit out at Hearn for ‘sabotaging’ negotiations between the parties.

The 90-year-old told Sky Sports: “He wanted to kill it because even as late as yesterday [Monday], if he’d have said let’s all get together and sit in a room and get everything finalised, it could have been done in a couple of hours. 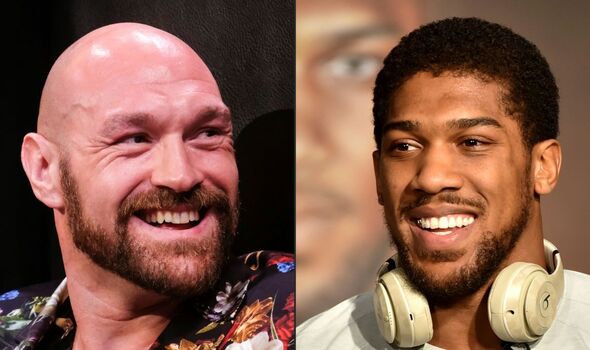 “I mean, it’s really sad because I really believed both fighters wanted this fight to happen.”

Fury himself set a self-imposed deadline for Joshua to sign the contract but AJ declared the official paperwork was still with his legal team last week.

A few days later, Fury opted to extend the deadline by 24 hours but Hearn, who was taking part in Conor Benn vs Chris Eubank Jr media duties, was adamant a solution was impossible within the assigned timeframe.

Arum is convinced the final hurdles were on the verge of being cleared as he questions why Hearn did not do everything within his power to make the bout happen – if he truly wanted to make it.

“The first issue was well there’s different networks involved. So, there was a meeting held and, lo and behold, all the networks signed off and they found a way to do it,” Arum added.

“Now, Mr Hearn got involved and he didn’t want the fight to happen from the get-go, so he slow-played it. I’ve been in this business almost 60 years so I can tell when somebody doesn’t want something to happen and then slow-plays a negotiation.

“Here, once the percentages were decided, there were no real issues. You could sit in a room for three hours and get everything finalised, but Hearn refused to do it. I think that was terrible on his part because I know Frank Warren and George, partners from Queensberry, were prepared to meet personally with Eddie and get everything worked out.”

Hearn himself is adamant Fury is to blame for the breakdown of negotiations, insisting the Gypsy King told Frank Warren to move on from the fight with AJ after setting unreasonable deadlines. 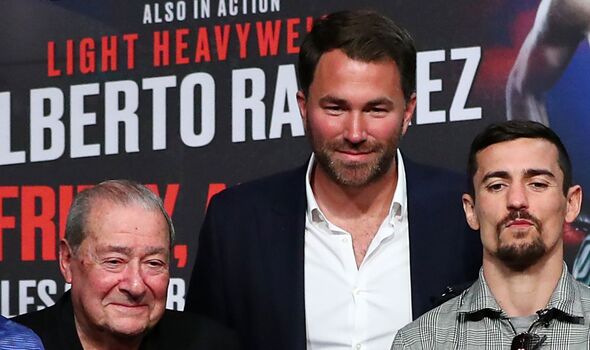 “As far as we’re concerned the fight’s off. We’re happy to continue the discussions,” Hearn said on Tuesday.

“In our mind, he’s not fighting Anthony Joshua. We’re more than happy to continue those conversations but what we’ve been told is the deadline is passed and so has the entire country.

“We have sent the final version of the contract back, they’ve come back with points and we were told that the fight is off by the man himself.”

Hearn has since revealed that Joshua looks set to return to action on Saturday, December 17 at Wembley Arena – which would suggest he now considers the case closed.

Meanwhile, Fury looks set to fight on December 3 with Manuel Charr and Derek Chisora currently among the names in the frame to challenge for his WBC world heavyweight title.