Josh Taylor is targeting a bout with his boxing ‘hero’ Manny Pacquiao one day. Taylor fights in the weight class below Pacquiao but is seeking an eventual clash with the Filipino at welterweight.

Taylor hasn’t fought since his win over Regis Prograis in the World Boxing Super Series final in London six months ago.

Taylor went on to sign a promotional deal with Bob Arum’s Top Rank in the U.S. and he was meant to fight Apinun Khongsong in his mandatory defence on May 2. 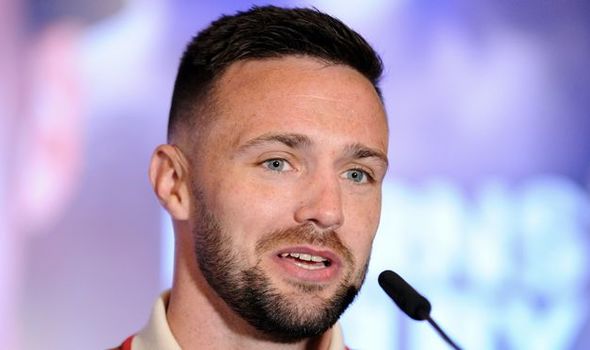 But the coronavirus has pushed those plans back and he could fight in the Autumn instead.

Pacquiao last fought in July 2019, when he won the WBA welterweight title from Keith Thurman.

Taylor has spoken of his admiration for Pacquiao in the past, and would love a fight with the Filipino.

Boxing news: Anthony Joshua the ‘only’ fighter who can beat Fury

“I would love to fight him,” Taylor told Sky Sports.

“He is my hero, so it would be good to share a ring with him, that would be awesome.

“It would be good to fight him.

“That would be a dream come true, to share a ring with Manny Pacquiao.” 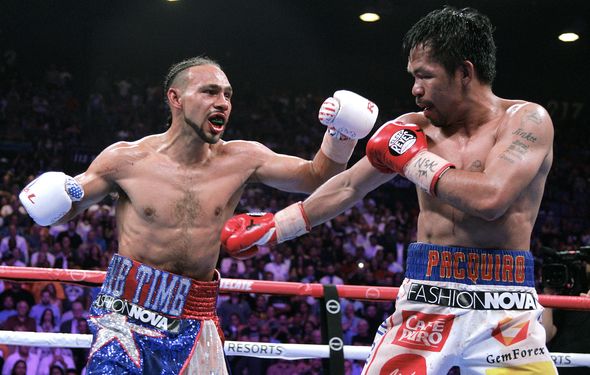 But Taylor knows he must take on Khongsong first, before looking to conquer WBO and WBC champ Jose Ramirez in an undisputed fight.

“I’ve got to do my mandatory defence,” Taylor added.

“I think the IBF are pretty strict with their mandatories and stuff and I’m sure Ramirez has to do his mandatory as well.

“I think we both have to get them out of the way first and then go for the fight.”

“I wouldn’t mind going to Vegas, but my ideal venue would be in New York, Madison Square Garden, or the Barclays Center in New York,” he said.

“A big Scottish population over there as well, so yeah, that would be a perfect location for me, would be New York, or somewhere on the east coast.”