Carl Frampton is bidding to make history tonight as he sets his sights on becoming a three-weight world champion. The Jackal has already won titles at super-bantamweight and featherweight as he looks to steal Jamel Herring’s WBO super-featherweight strap when they collide in the Middle East.

The two fighters were set to clash in Belfast last summer before the coronavirus pandemic shut down boxing.

The bout was then rearranged for February 27 at the CopperBox Arena in London but Frampton’s hand injury saw the contest rearranged once again.

Now the fight heads to Dubai as Frampton looks to put a difficult 18-month spell behind him.

The 34-year-old has already conceded that defeat would spell the end of his illustrious professional boxing career but he is adamant “that it’s not going to happen”. 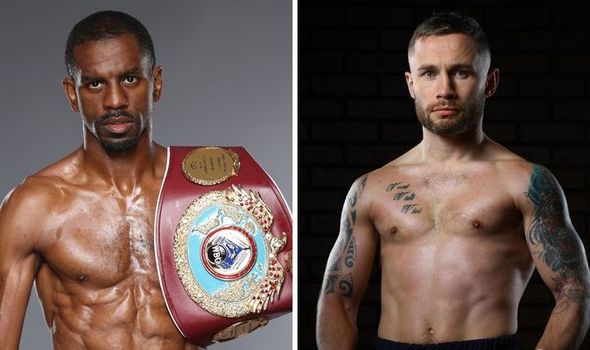 “If I lose, I’m retiring because I want to be a world champion again,” he said.

“I’d have to go round the houses and get myself into a position to fight for another world title.”

Frampton claims he has not lost a round in sparring for his entire camp and he will need to replicate that kind of form if he is to reign supreme against his American opponent, who is a former US Marine sergeant who has served twice in Iraq.

Meanwhile, Herring has not lost since August 2017 when he was beaten by Ladarius Miller as he makes his fourth defence of his junior lightweight world title.

There is good news for those wishing to tune from home, with the bout set to air on Channel 5.

It’s very rare that a world title fight lands on free-to-air TV but Saturday’s contest has been given the green light.

Anyone with a valid TV license can also stream online or via their smartphones via the My5 app.

The main event is expected to get underway around 10pm. 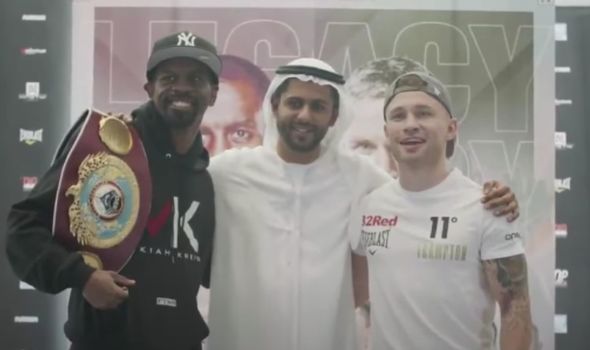 Chandler backs Gaethje to become lightweight champion by next summer

Canelo and Caleb Plants unexpected conversation in round nine overheard