Lawrence Okolie is bidding to become Britain’s next world champion tonight when he collides with Krzysztof Glowacki for the WBO cruiserweight world title. The unmissable clash tops a stacked bill at the SSE Arena, Wembley brought to you by Matchroom Boxing and Eddie Hearn.

Pound-for-pound, Okolie is one of the hardest punchers in boxing and he is going for the knockout against the Pole.

He weighed in less than a pound inside the 200lbs limit on Friday while Glowacki was significantly lighter than his opponent.

Okolie is unconvinced that his height and weight provide him with an advantage as he claimed Glowacki will soon know about his power when they trade leather.

“I don’t see the point in it, personally,” he told Sky Sports, before glancing at his opposite number. “You don’t gain any advantage. It’s meaningless to me, 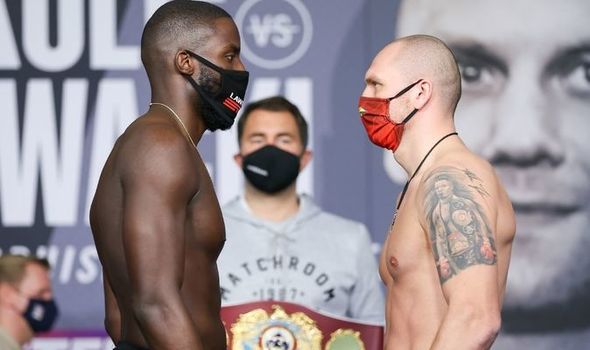 Glowacki’s CV is an impressive one and he has held this very belt twice back in 2016 and 2019.

The 34-year-old was eventually dethroned following defeats to Oleksandr Usyk and Mairis Briedis.

The former McDonald’s worker who is 15-0 has ambitions to unify the division before moving up to heavyweight.

Anthony Fowler, who is also trained by Shane McGuigan, also features on the card with Chris Billiam-Smith and Joe Cordina also in action. 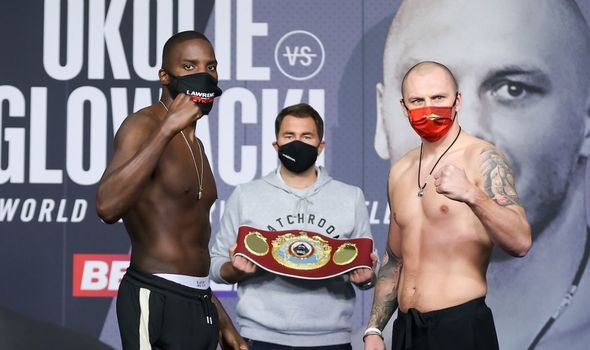 You can watch the action on Sky Sports Arena if you are a Sky Sports customer.

Coverage of the main and starts from 7pm with the main event expected to get underway after 10pm.

To stream the action, you can watch via the SkyGo App on tablets, smart phones, laptops and gaming devices.

Those watching from overseas can catch the action on the DAZN app, although a subscription is required.

AND THE NEW! Express Sport predict Okolie to end the night as a new world champion, via knockout.

Elsewhere, welterweight world title hopeful Vergil Ortiz Jr is in action as he takes on Maurice Hooker in the United States.

He is back in action in Russia as he takes on German contender Adam Deines.

Where does Mikey Garcia go after stunning upset loss to Sandor Martin?