Chris Eubank tears up as he discusses late son Sebastian

Kell Brook has been backed to step in for Chris Eubank Jr and face Conor Benn after news broke that his father is attempting to pull him out of the October 8 clash. Eubank Sr – who lost his middle child Sebastian to a heart attack last year – is concerned for his eldest’s health having accepted a fight at a career-lowest weight.

The bout has been agreed at a 157lb catchweight, 3lb lower than Eubank Jr has ever fought in his boxing career. It is also understood that a rehydration clause has also been added to the contract, although the limit for a second weigh-in on fight day has not been disclosed as of yet.

With all of the known dangers of cutting excessive weight, Eubank Sr has stated that he will not allow the fight to happen on ‘his watch’.

“If he doesn’t take the advice then I have to put my foot down. Have you ever heard of Russian Roulette?” Eubank Sr told the Daily Mail. “When you spin that barrel, that’s what he’s doing and that I can’t let him. 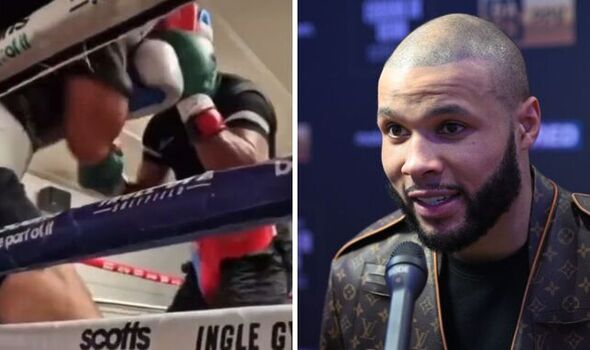 “I’ve given him my direction. If he doesn’t want to follow it, he will be dragged along. But he will do what is right for him. He is coming down 1oz below 160lbs which cannot happen on my watch.

“I’ve already lost one. It can’t happen again. if you have a child and someone’s trying to actually take that child away from you, and do something wrong to that child, as a dad you wouldn’t let them. That’s all I’m doing.”

Sources close to both camps state that the fight is still on, but many fans have begun speculating whether Brook will replace Eubank Jr after some recent sparring footage was released showing Special K in tremendous shape.

Underneath the video of Brook going to war with sparring partner Amer Khan (Sheffield light-heavyweight) fans timed in on Brook vs Benn.

@JPdemetriou added: @EddieHearn f*** eubank Jr off and get Brook v Benn instead.”

Before Queensbury Promotions’ Head of Content, Dev Sahni commented: “Imagine the scenes if Eubank pulls out and Kell Brook steps in for him again,” in reference to when Brook stood in for Eubank Jr in facing Gennady Golovkin.