The Liverpool fighter is in advanced talks about defending his WBA title against the Mexican with a date of a week before Christmas one of three on the table.

Smith, 30, is closing on a shot against Alvarez after coming close twice already this year.

Promoter Eddie Hearn is optimistic a deal can be done to stage the bout on DAZN in the US and Sky Sports or Sky Sports Box Office in the UK. But it is understood Alvarez is still talking to PBC in America about a clash against IBF champion Caleb Plant which is still being considered a real possibility.

So while there is hope of the Scouse fighter landing the big fight against the Mexican the deal is not done yet as talks continue.

Smith was in the running to face Alvarez back in May but then the three-weight world champion opted to face Billy Joe Saunders. That clash was within 24 hours of being announced in March before the coronavirus pandemic shut down sport across the globe.

Smith entered the frame again over the summer and was getting close to agreeing financial terms for a behind-closed-doors clash with Alvarez.

But then the Mexican ended up in a legal battle with his now former promoter Golden Boy and broadcaster DAZN.

Alvarez looked to be finished with the streaming giant last week when it was announced he was now a free agent having settled his dispute with both parties. But Matchroom promoter Hearn wants to bring him back to DAZN for the showdown with Smith.

There are still some details to be sorted out but it is understood the bout could take place on December 18, 19 or 20 in Texas at either the AT&T Stadium in Dallas or Alamadome in San Antonio.

Other dates and venues are being considered.

Smith would be delighted to finally get his shot at the pound-for-pound superstar after months of waiting and being left in limbo.

His brother, Liam, lost to Alvarez back in 2016 at light-middleweight. 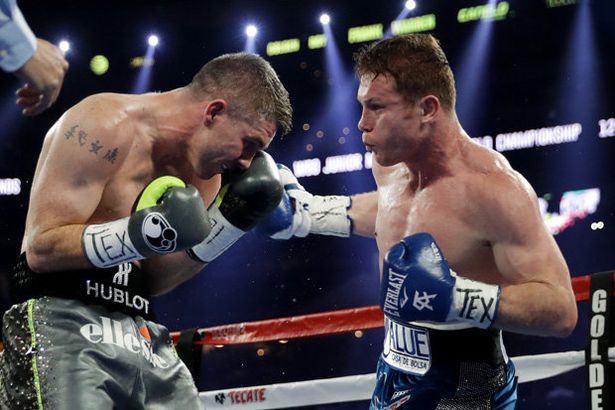 But the youngest of the Smith brothers will be hoping his size can be the difference when he takes on one of the finest fighters on the planet.

He has been training for the past few months in anticipation of getting a chance to fight either in the UK or US.