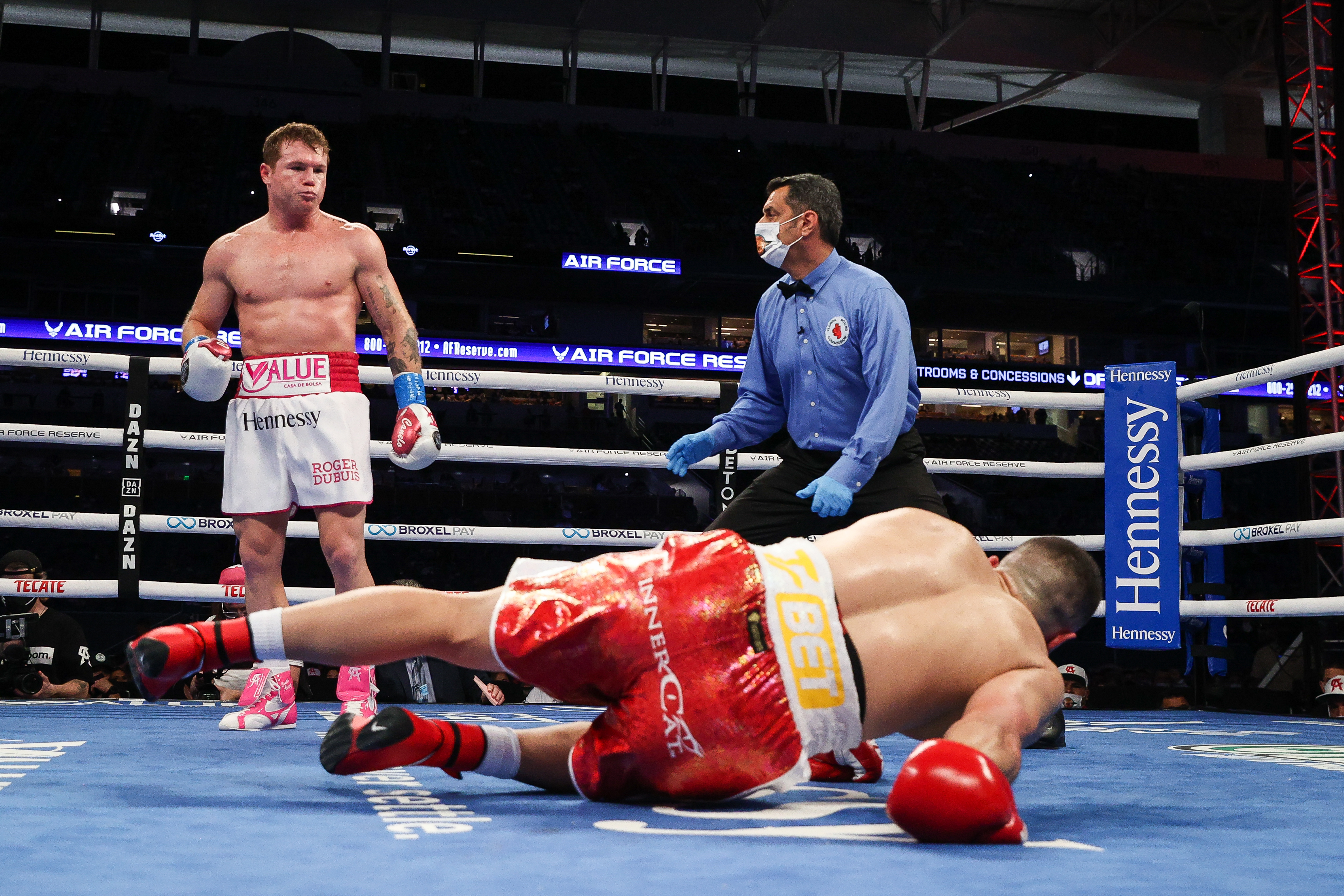 Saul ‘Canelo’ Alvarez has secured a dominant victory over Avni Yildirim to remain on course for a unification bout with Billy Joe Saunders.

Alvarez secured the 55th victory of his professional career to defend his WBC and WBA super middleweight titles after a third round stoppage at the Hard Rock Stadium in Miami, Florida with the challenger retiring on his stool after a demolition job from the champion.

Having swept aside the previously undefeated Callum Smith in December, the Mexican superstar is now cleaning to house in 2021, with WBO champion Saunders now confirmed for the Cinco de Mayo weekend in May.

Yildirim, who entered the contest with two defeats on his record to Anthony Dirrell and Chris Eubank Jr, was expected to start quickly to stand any chance of putting the champion under pressure having enjoyed success in the early rounds in the past.

But with the pound-for-pound king Alvarez operating at the peak of his powers, the tone was set from the opening bell, with a left hook forcing his opponent back with less than 30 seconds on the clock, targeting the body as he waited for the Turkish fighter to engage.

From the second, Canelo began to search and destroy with vicious shots to the mid-section and stiff uppercuts upstairs with Yildirim struggling to find any power shot of note.

It was a timid showing from the challenger and that approach brought on the inevitable – a brutal one-two from Canelo sending his opponent to that mat in the third round.

After making the count, the pressure continued with Canelo reeling off short range uppercuts to inflict further damage on Yildirim. While he lasted the round, he was warned by trainer Joel Diaz he would be pulled out of the fight unless he offered resistance.

With the fight beaten out of him, Yildirim failed to convince his corner he wanted to go back out there, with the contest called off ahead of the fourth round.

After 13 months inactive, Canelo fought for the second time in 70 days against Yildirim, determined to stay busy before embarking on his quest to unify the 169lbs division.

Eddie Hearn confirmed post-fight that huge meeting with WBO champion Saunders is now set for May 8 with IBF champion Caleb Plant also a possibility for later this year.