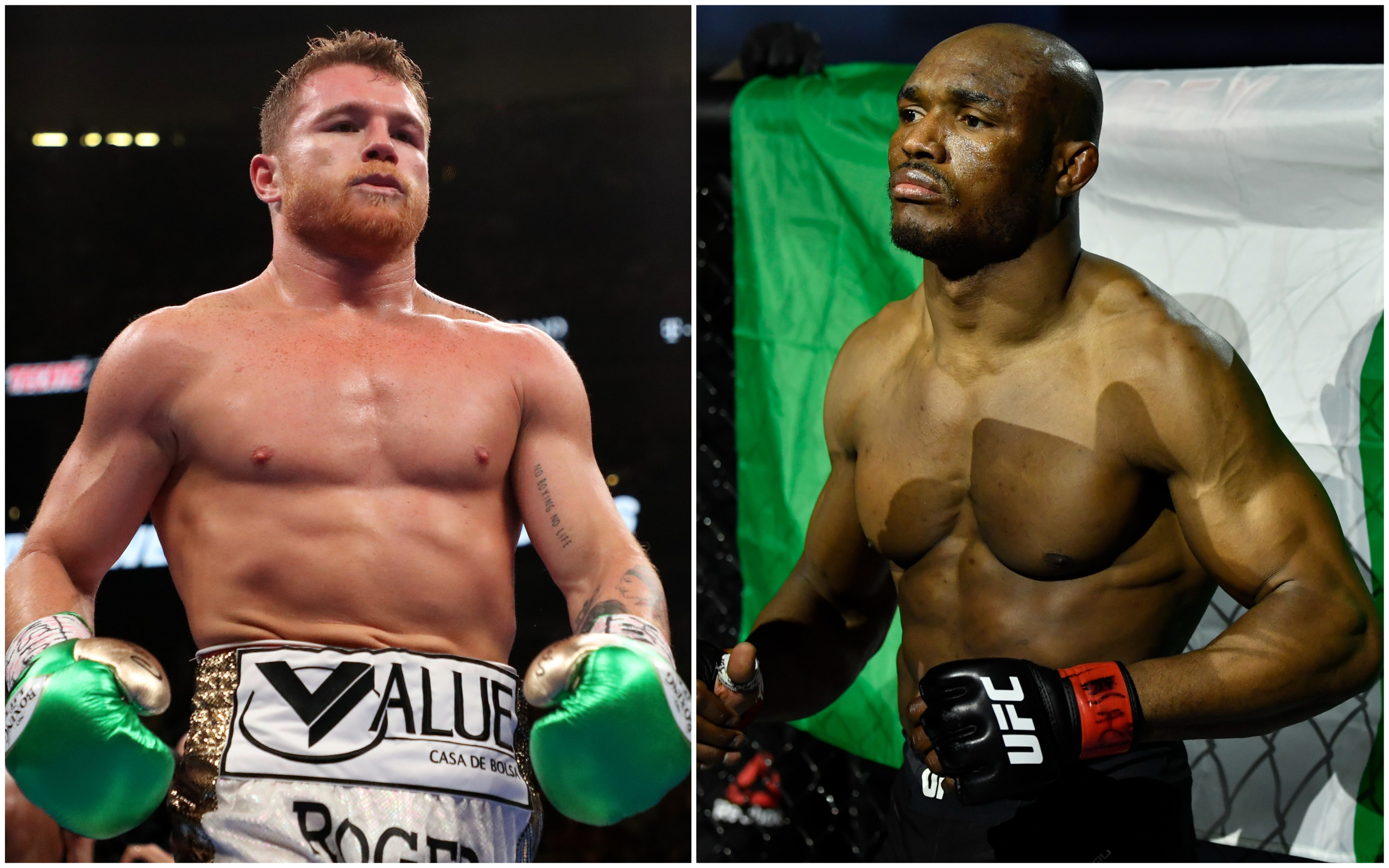 The Mexican superstar takes on IBF champion Caleb Plant in a bout to crown the first ever undisputed super-middleweight champion in Las Vegas on Saturday.

On the same night, Usman puts his welterweight title on the line against Colby Covington at Madison Square Garden in New York.

Usman, ranked as the UFC’s pound-for-pound best fighter, has shown keen interest in following in the footsteps of Conor McGregor and stepping into the boxing ring to take on Canelo in a bout between two masters of their craft.

‘It only makes sense because we’re in an era to where people want to be entertained,’ Usman told DAZN.

But when asked about Usman’s desire to fight him by ESPN Deportes, Canelo simply rolled his eyes and said: ‘Payday’.