Mayweather shows no sign of age as he trains in ring

Canelo Alvarez has affirmed that Floyd Mayweather ‘would never beat him in his prime’. The pair squared off in September 2013 at the MGM Grand Garden Arena in Las Vegas with Mayweather coming away with the victory via a majority decision.

But the scorecards don’t tell the tale of the fight with the consensus being that Mayweather won by a shutout. Judge Dave Moretti and Craig Metcalfe scored the fight 116–112, and 117–111 in Mayweather’s favour. However, in what is widely considered to be one of the worst scorecards in boxing history – Judge C. J. Ross scored it a draw at 114–114.

Out of 86 media scorecards gathered by Bobby Hunter of Fight Score Collector, all 86 had the fight for Mayweather, with an average score of 119-109. Ross would retire shortly after her questionable performance.

At the time, Canelo was only 23 years old and was in the fledgling stages of his world-level pursuits while Mayweather was closer to his best at 36. A lot has been made about what would happen if the pair threw down in their prime years, and now Canelo has timed in. 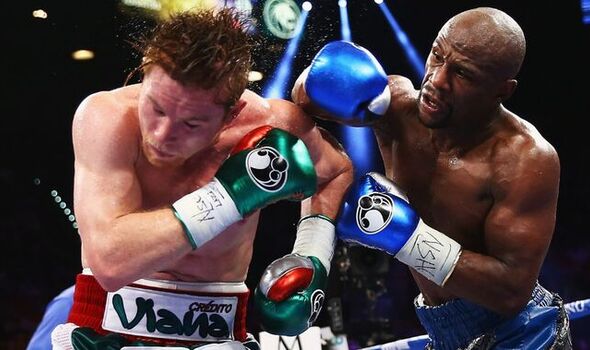 Speaking to GQ during a recent ‘Actually Me’ segment, Canelo said: “I think it’s difficult to say if in our prime he could beat me or I could beat him, because that’s never going to happen. But I am sure that in my prime, he would never beat me.”

Despite Canelo’s insistence, not everyone is convinced. Many fans took to social media to voice their opinions on the match-up.

@bombsboxing tweeted: “If they fought 10 times, I’d pick Floyd Mayweather Jr to beat Canelo all 10 times the same way he already beat him. Floyd’s style is kryptonite for Canelo. Canelo wouldn’t even beat Floyd in his dreams. He has advantages, he still lost. Let it go.”

Hearn details Joshua’s Plan B if Fury fight falls through 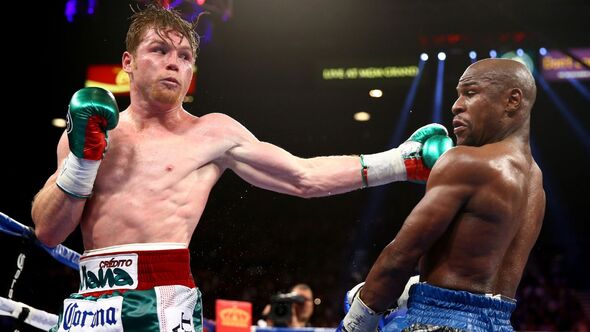 @CrossJc1704340 wrote: “Prime Mayweather against Prime Canelo, Mayweather wins again because Canelo in his Prime never had the quick aggressive foot movement to cut off Mayweather, like a Duran, Armstrong or Chavez Sr, Mayweather will always beat Canelo, No hate, I am a Boxing Fan not a Mayweather Fan.”

@CodeDontCare added: “Any pro version of Floyd beats any version of Canelo lol.”

Canelo’s next fight takes place on September 17 as he faces long-time rival Gennady Golovkin for a third time at the T-Mobile Arena in Las Vegas. The first fight in 2017 was declared a draw before the second, a year later, was given to Canelo via majority decision.