Cormier was among those to criticise McGregor when he tweeted, then deleted, ‘Covid is good and father is evil’, to Khabib Nurmagomedov after his old nemesis had said ‘good always defeats evil’ when Poirier overcame McGregor via doctor’s stoppage.

The message was a very personal attack and came after McGregor had also brought up Poirier’s family during an expletive-laden tirade as he sat on the octagon floor with a broken leg. 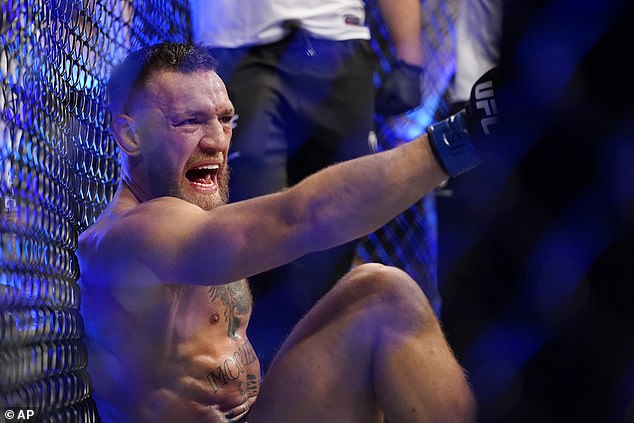 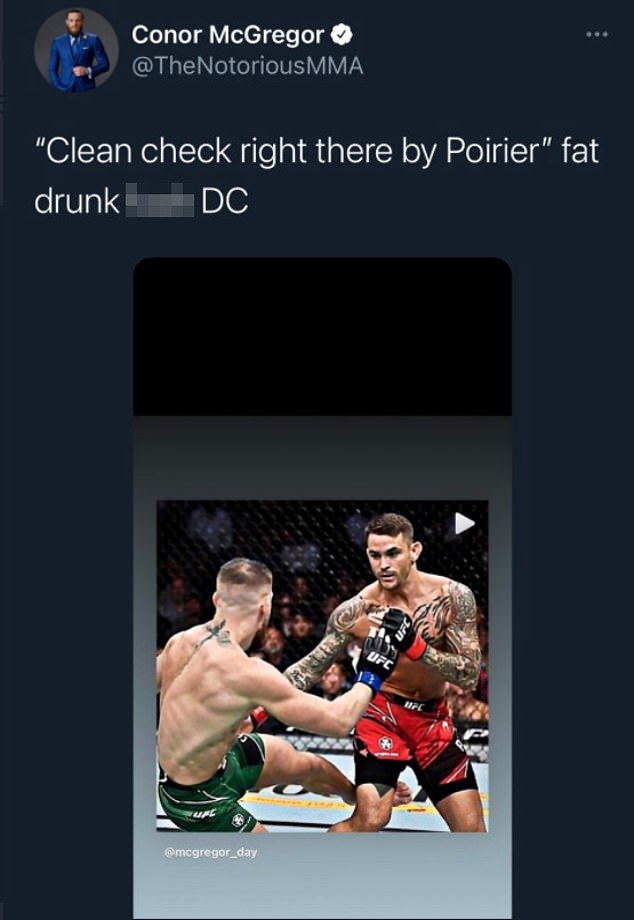 McGregor suffered a fractured tibia in the UFC 264 headliner at the end of a first round dominated by his opponent.

Cormier believes the personal nature of the insults from McGregor are ‘a cry for help’ and it seems the 33-year-old is intent on continuing his barbs in the American’s direction.

He posted an image of him landing a leg kick on Poirier along with the caption: ‘Clean check right there by Poirier’ fat drunk f*** DC.’

During the fight, Cormier had said that Poirier was checking a number of McGregor’s leg kicks, which is evidently something that rankles the Dubliner. 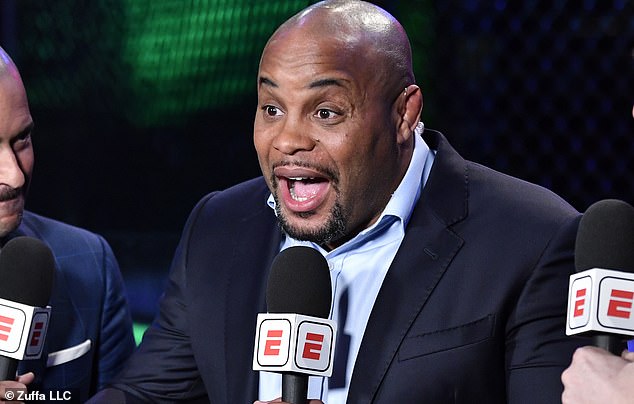 Previously, Cormier’s assessment of McGregor’s outbursts were as follows to ESPN: ‘I get shock value and I get trying to get people to talk but way too far. To the point that I immediately called Khabib last night and said, “Are you OK?”

‘Asking him if he’s OK after having to see that, especially with no ability to do anything about it again. He spoke to my kids at my wrestling program the other day and said he was never happier than when he got to fight McGregor on the day. Because for so long, he wanted to get his hands on Conor and beat Conor up.’ 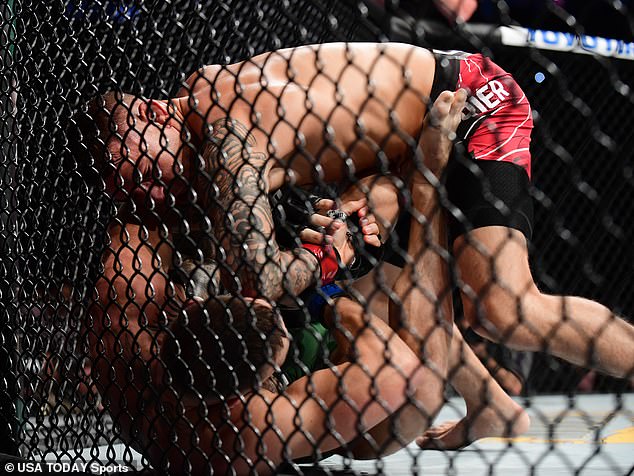 ‘I think when stuff like that is being said, it’s a cry for help. Conor has all the money in the world, he has all the fame, but now when you start to dig at that level, it’s like somebody needs to get to McGregor and help him to start to kind of re-shift his mind and his focus and get him back to a better place. It’s unfortunate.’

McGregor is set to be sidelined for around a year as he recovers from his broken leg and underwent successful surgery soon after the fight.

Poirier is expected to fight for the lightweight title against Charles Oliveira before the end of this year.