Conor McGregor was stunned by Mark Zuckerberg’s quick reactions in an Instagram video highlighting Meta CEO’s skills with pro MMA fighter Khai ‘The Shadow’ Wu, as well as his passion for the sport.

Online footage shared on Sunday shows the pair sparring and trading kicks in a studio while outfitted in fight training pads ahead of Wu’s UFC debut loss on Saturday against Joshua Dillon.

The pair are then seen grappling on the floor, with Wu exclaiming ‘nice!’ when Zuckerberg rolls over Wu and gets on top of him. 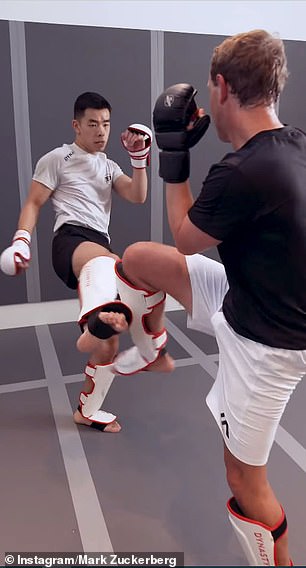 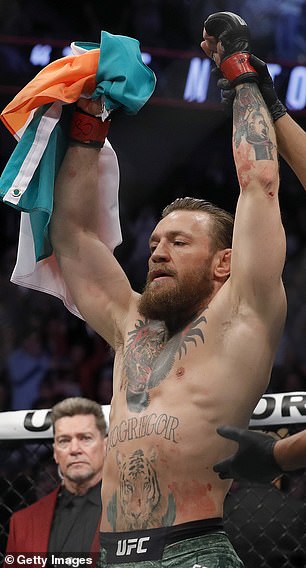 Mark Zuckerberg shared a video of himself in MMA gear, sparring fighter Khai Wu on Sunday 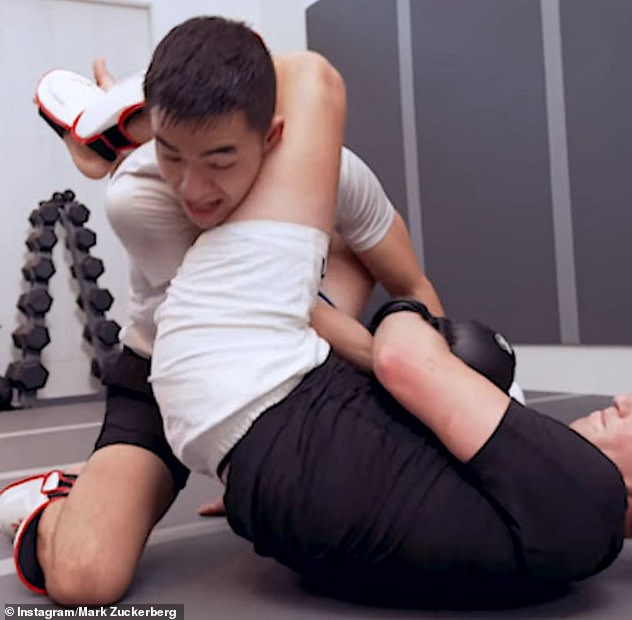 Meta’s CEO is a known MMA fan and his video gathered more than 310,000 likes as of Monday

The video, which garnered more than 310,000 likes as of Monday morning, quickly went viral and drew support, including from others in the fighting world.

‘This is great!’ Joe Rogan commented. ‘I’m so happy to see this. Training looks solid too!’

‘I really like watching UFC for example, but I also like doing the sport,’ Zuckerberg said on the podcast.

He explained fighting is ‘really important’ to him and helps to maintain his ‘energy level and focus.’

‘It’s because I have a connection to it,’ he continued. ‘Since COVID, I got super into surfing and foiling, and then really into MMA. I know a lot of people who do it.’

‘MMA is like the perfect thing,’ he continued. ‘Because it’s like, if you stop paying attention for one second, you’re gonna end up on the bottom.’

Zuckerberg met UFC president Dana White for dinner in late June, and White has expressed he knows of Zuckerberg’s love for the sport, though its unclear whether they met over any professional endeavors.

Some wondered if Facebook’s founder’s newly revealed passion would translate into his company’s products and asked if it meant users would be able to fight in the metaverse.