Conor McGregor is carried out of the arena on a stretcher

Conor McGregor lost to Dustin Poirier via doctor stoppage in the main event of UFC 264 on Saturday night, with the Irishman unable to continue after sustaining an ankle injury at the end of the first round.

Each man had beaten the other once heading into this third meeting, which took place in a sold-out T-Mobile Arena in Las Vegas.

The rivalry was not settled in the manner either fighter – or any fan – had hoped, however, as McGregor sustained what appeared to be a broken ankle at the end of the first round.

The former dual-weight champion, who was knocked out by Poirier in the second round in January, hit the canvas with seconds remaining in the opening frame.

McGregor, whose ankle had buckled underneath him, was then able to survive a barrage of punches from Poirier as the round came to an end, but referee Herb Dean waved off the fight moments later. 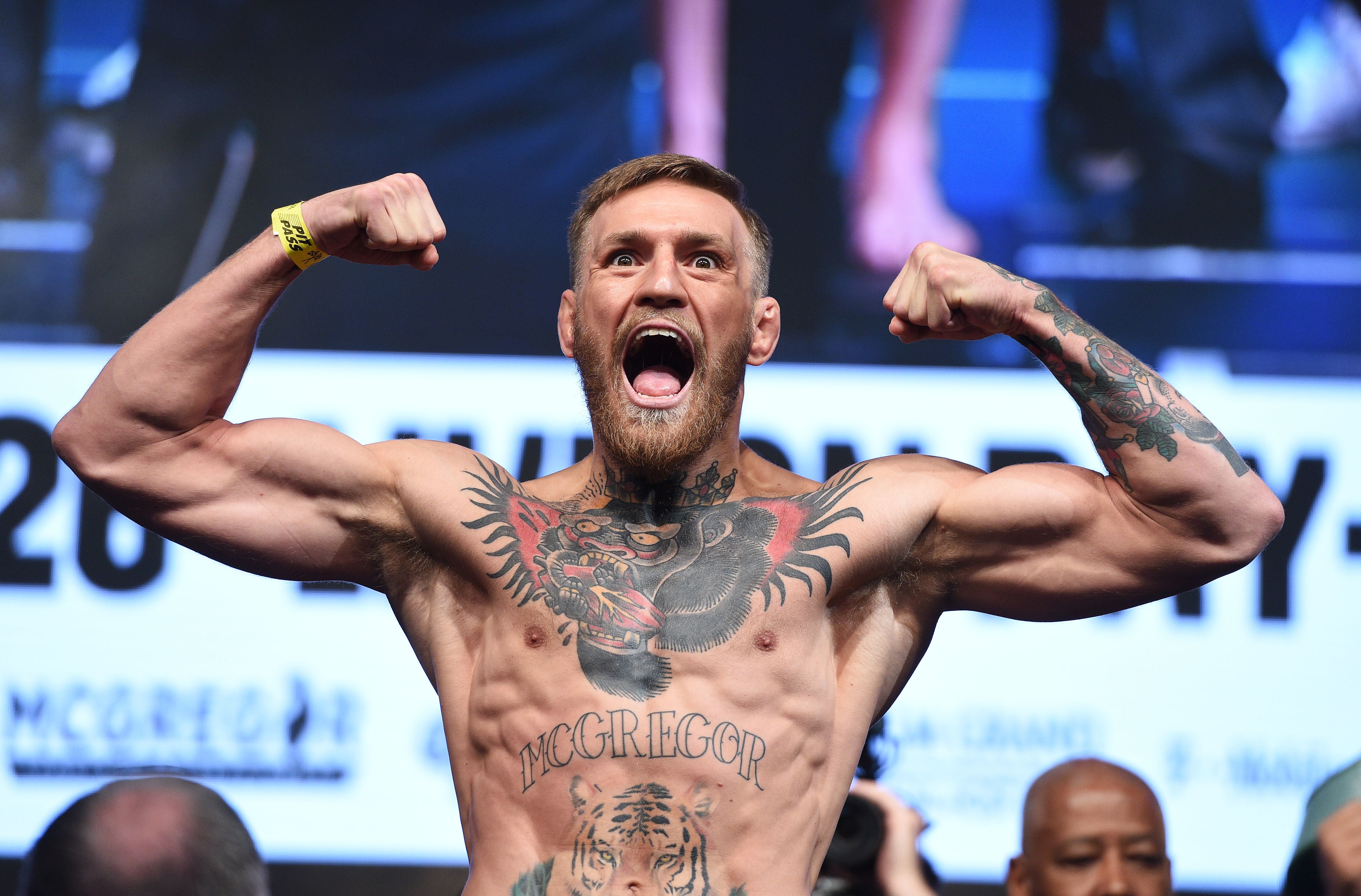 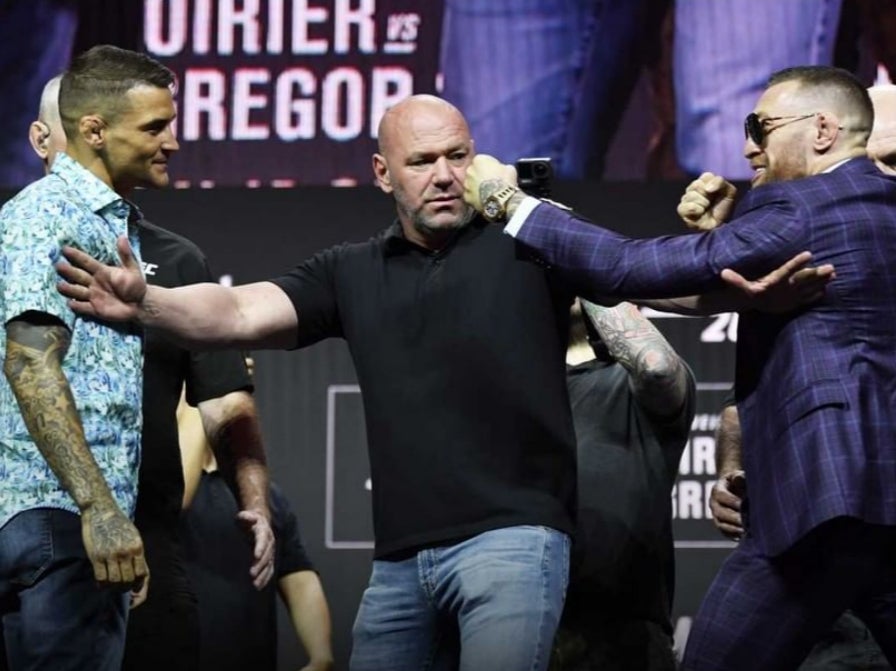 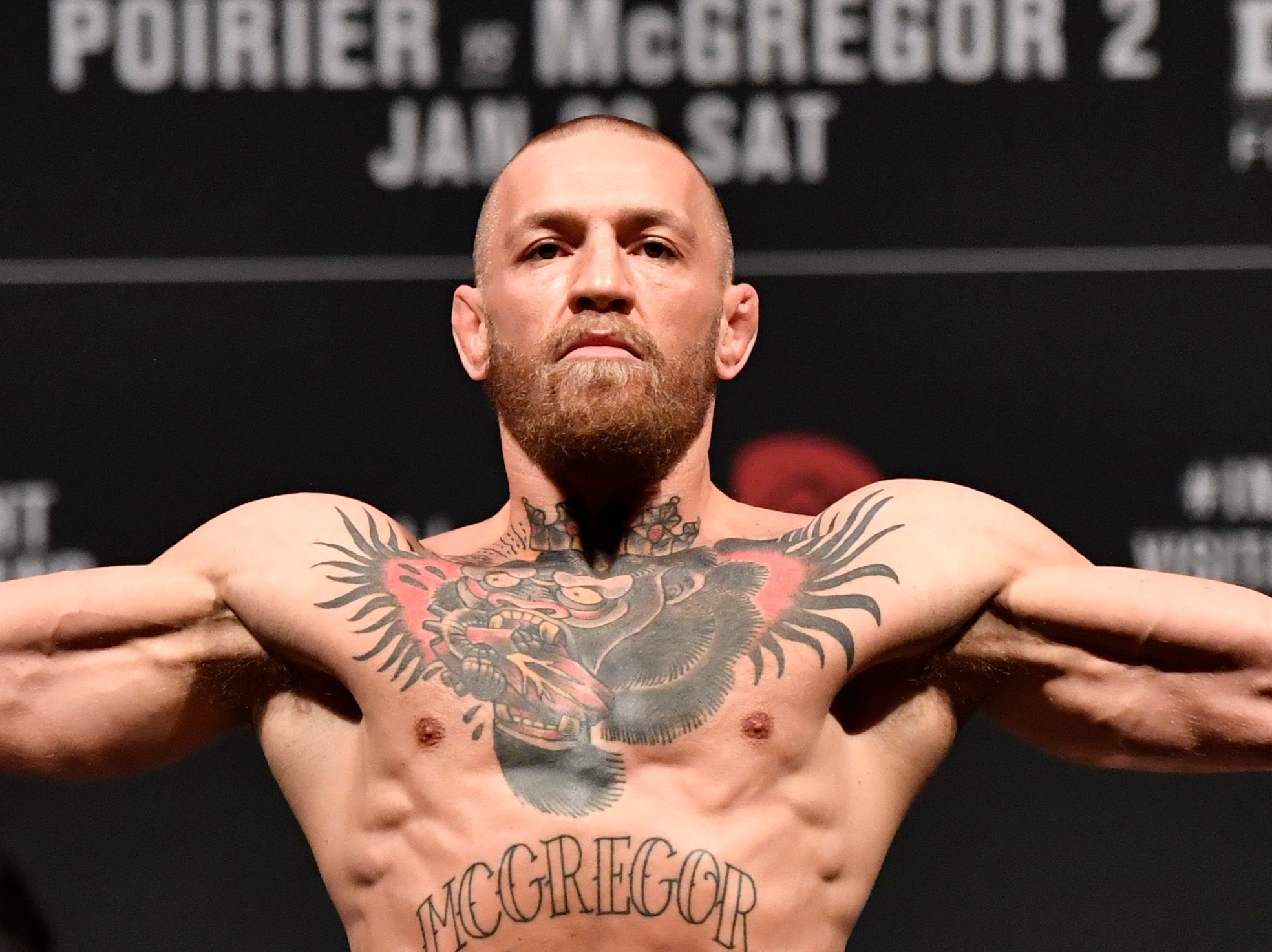 “This is not over. If I have to take him outside…”

McGregor was soon carried out of the arena on a stretcher.

The 32-year-old, fighting out of his old karate stance, opened the contest with two spinning heel kicks, before firing off a series of leg kicks – the attack that Poirier used against McGregor so effectively in their second fight in January.

After the opponents traded strikes on the feet, McGregor clinched Poirier and was driven to the fence by the American. 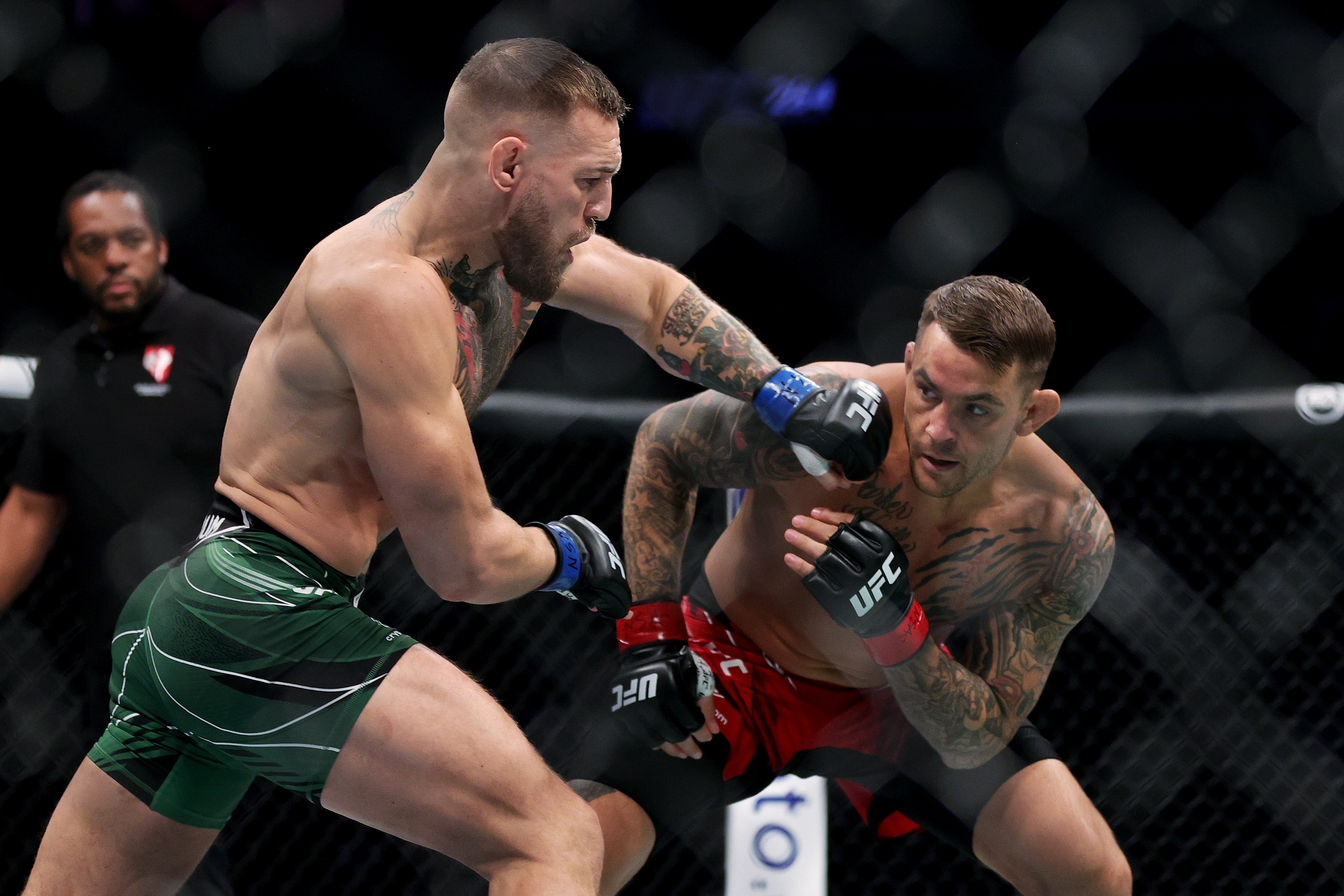 McGregor attempted a guillotine choke, but Poirier slipped out of the submission and began to rain down punches and elbows from above.

The former interim lightweight champion was the victim of two up-kicks by McGregor before he let the Irishman stand.

Moments later, however, McGregor fell to the mat while stepping backwards. He immediately clutched his ankle, and referee Dean waved off the bout once the first round had come to an end and it was clear that McGregor was unable to keep fighting.

In his in-ring interview after the fight, Poirier suggested that he had heard something “crack” in McGregor’s leg while blocking one of the former champion’s first few low kicks. The Louisianan said he believed that the injury had stemmed from that moment, though an angry McGregor later refuted Poirier’s claim that he had blocked any of the Irishman’s kicks.

Poirier also accused McGregor of grabbing his gloves before throwing the up-kicks. Holding an opponent’s gloves is illegal under UFC rules.

“He’s a dirtbag,” Poirier said of McGregor, who was fiercely hostile in the build-up to the UFC 264 main event. McGregor had behaved similarly ahead of the rivals’ first meeting – a featherweight encounter that ‘Notorious’ won via first-round knockout in 2014 – but was much more cordial in the lead-up to the pair’s rematch in Abu Dhabi this January.

Ahead of that fight, McGregor had promised to donate money to Poirier’s charity, but bad blood began to boil after that contest when Poirier said that his foe had not followed through. McGregor claimed that his team had not received details on how any donation would be used, and he later donated to another charity in Louisiana instead.

Following UFC 264, UFC president Dana White hinted that McGregor and Poirier would fight one another again.

“The fight didn’t get finished, you can’t have a fight finish that way,” he said. “Who knows how long Conor’s out? Poirier will do his thing until Conor’s ready.”

Ebanie Bridges and Shannon Courtenay in heated debate over drawing 'more eyes': 'I want viewers for the correct reason'