Paulie Malignaggi has taken another swipe at Conor McGregor by saying he had to ‘bite my tongue’ while commentating on the Irishman’s boxing clash with Floyd Mayweather in 2017. Malignaggi said he knew McGregor would ‘quit’ but couldn’t say what he was feeling on the air.

Malignaggi was welcomed into McGregor’s pre-fight camp to help prepare for Mayweather.

The two shared a few sparring sessions, one of which has become infamous for the clips McGregor shared of him knocking Malignaggi down.

Malignaggi swears that he got the better of the spars, and has pleaded with McGregor on numerous occasions to release the full video. 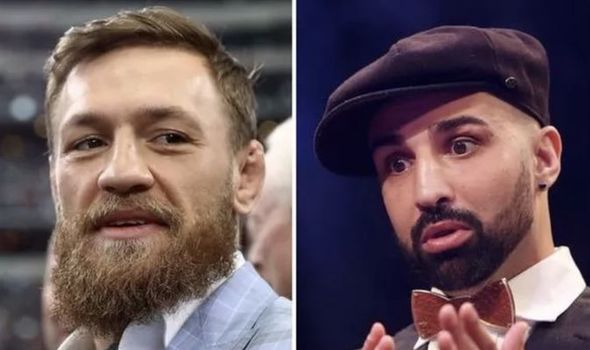 What made their rivalry during the build-up for the Mayweather fight even more interesting was that Malignaggi was a commentator for Showtime, who broadcast the fight.

Malignaggi remained unbiased throughout his calling of the bout, but admits he had to stop himself from saying things he would later regret.

“Every time I’d be around the media, the subject matter would end up going to Paulie and McGregor, and of course Showtime is trying to promote the Mayweather vs. McGregor fight in a certain way,” Malignaggi told the Athletic.

Boxing news: Anthony Joshua the ‘only’ fighter who can beat Fury

“To tell you the truth, there were some disagreements there because I thought the fight was promoted like crazy because of the beef myself and McGregor had.

“No matter whether it was negative or positive, I still think the fight received incredible publicity because of the fiasco me and Conor had.

“So I don’t think I agreed very much with my superiors not being too happy with me. 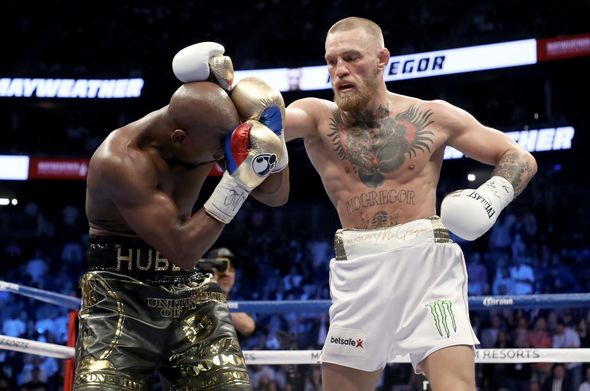 “I do think that come fight night, everything was smooth.

“I actually had to bite my tongue a little bit because I knew Conor was always going to quit in the fight.

“I just wasn’t able to broadcast that out there.”

McGregor ended up being TKO’d during the 10th round after enjoying some success early on.

There have since been calls from fans for McGregor and Malignaggi to fight, but the New Yorker doesn’t want to compete past the age of 40, which he turns later this year.