Conor McGregor would be a ‘very dangerous’ opponent for Jake Paul if YouTube sensation continues to goad the Notorious, but Irishman’s team-mate insists that a boxing match will never take place between the pair

Conor McGregor would be a ‘very dangerous’ threat to Jake Paul should the pair ever set foot in the same ring after the Youtuber’s latest trash-talking attempts.

That is the opinion of the Irishman’s team-mate Frans Mlambo, but he insists the fight should not happen, in part for Paul’s own safety.

Conor McGregor made his boxing debut in 2017 when he went up against Floyd Mayweather in Las Vegas. 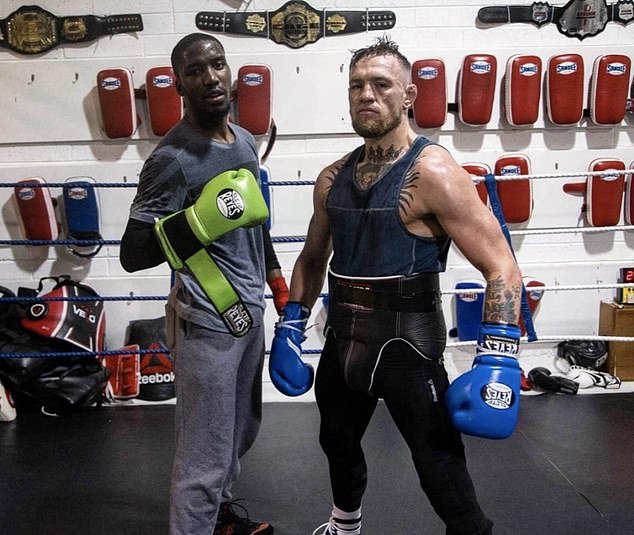 Jake Paul has two wins under his belt, but has only fought against fellow amateurs, including former NBA player Nate Robinson.

Paul has been attempting to goad The Notorious into the ring, even taking aim at the fighter’s fiancee Dee Devlin.

But Mlambo believes it is all in vain – and that is for the best as far as Paul should be concerned.

‘I thought the whole thing was ridiculous,’ Mlambo told the Sun on Paul’s attempts to get McGregor to fight.

‘Conor would try and make an example out of him. Conor is rich and all but he’s still one of the boys and he doesn’t take s***. 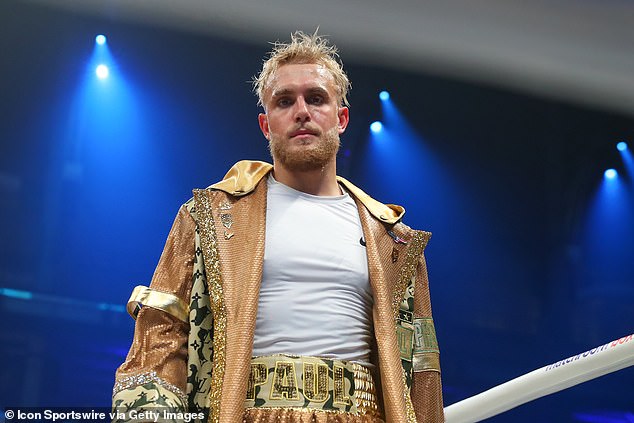 ‘He’s obviously grown now, he’s a father and a family man but maybe he’s staying out of the whole thing for everybody’s safety.

‘He’d lose control if he went into those situations.

‘If the fight actually happened and Jake Paul was talking all this garbage leading up to it, it would be very dangerous Conor in that ring.

‘It would make a load of other people a load of money and that’s why people will be pushing for it, but it is something that should not happen.’