UFC legend and former two-division world champion Georges St-Pierre has revealed that UFC president Dana White has stopped him from boxing Oscar De La Hoya as the boxing legend looks to make his return to the ring.

De La Hoya announced last month that he would make a comeback in a fight set for July 3 on upstart boxing promotion Triller Fight Club, an offshoot of social media company Triller.

Former UFC lightweight champion Eddie Alvarez claimed he had been contacted about potentially welcoming “The Golden Boy” back to the ring.

But it has since emerged that the fight Triller were hoping to book was a bout between boxing legend De La Hoya and mixed martial arts legend St-Pierre, who is set to be inducted into the UFC Hall of Fame this year.

However, those plans were nixed by the UFC president who, according to St-Pierre, would not give his blessing for the former UFC star to take the fight. 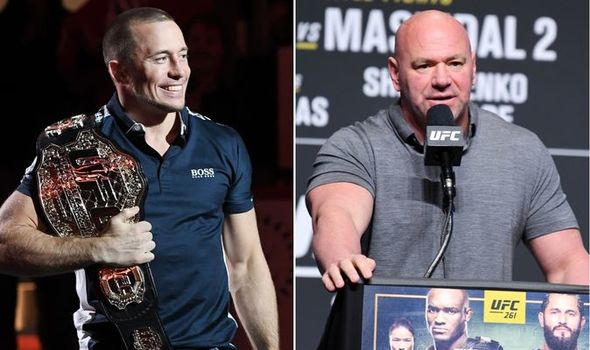 “I understand that Dana didn’t want me to fight,” St-Pierre told Cinema Blend earlier this week.

“However, it would have been fun, because my career as a professional fighter, to become the best in the world in mixed martial arts, is done.

“However, to rather fight a boxing match under the rules that Triller put on against the legendary Oscar De La Hoya? For me, it would have been a dream come true, because he is my second favorite boxer of all time, behind ‘Sugar’ Ray Leonard.

“Plus, a lot of the money made would have been given to charity.

“So it would have been for a good cause, just to show that we don’t take ourselves too seriously.

“And it would have been serious competition because you say, ‘I play basketball, I play hockey.’,

“But you don’t ‘play’ fighting. It would have been fun.”

“I don’t have the audacity to pretend that I’m better boxer that Oscar De La Hoya was because, when he was in his prime, he’s one of the best that’s ever done it and I come from a different sport,” St-Pierre said.

“But, take it now because of where we are in our lives.

“I think it would have been a good matchup between him and I because he’s older than me.

“Yeah, of course he has a lot more experience than me in boxing. But I’m younger, I’m a little bit bigger.

“So I think it would’ve made it a pretty even matchup. It could have been fun.” 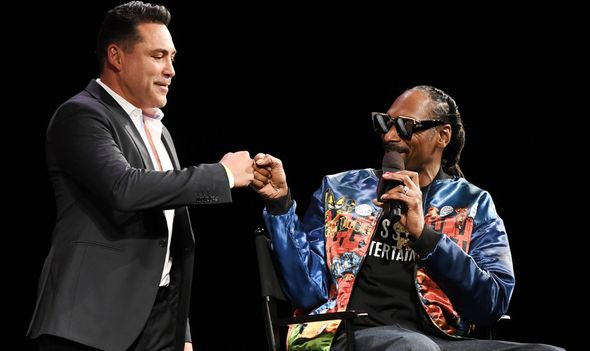 But White told reporters that he wasn’t interest in taking his call, or responding to his messages.

“You think I care what Triller thinks?

“Because I don’t give a f*** about you. Do your thing. Leave me alone. Go do whatever it is that you’re doing. Knock yourself out. I could care less. I have no interest in talking to any of those idiots.

But Kavanaugh has remained committed to trying to make the fight happen, and took to social media to respond to White’s comments.

“If we are a ‘joke’ and you don’t give a s***, then approve GSP to fight,” Kavanaugh posted to Instagram.

“We will donate $250,000 to a charity of your choice if you approve the fight, as the deal is ready to close pending ONLY your approval.”

Michael Chandler claims he 'can entice Khabib' to come back