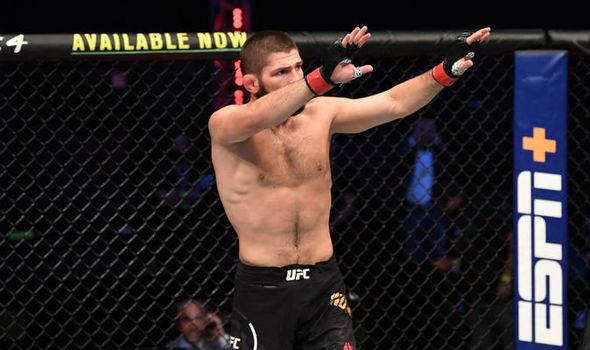 UFC president Dana White has hailed Khabib Nurmagomedov following his retirement from mixed martial arts. The undefeated Nurmagomedov called time on his historic mixed martial arts career in the immediate aftermath of his UFC 254 showdown with Justin Gaethje, in which he retained the now vacant lightweight title with a second-round submission victory.

“Today, I want to say this was my last fight,” an emotional Nurmagomedov said in his post-fight interview. “Ain’t no way I’m going to come here without my father.

“After what happened with my father, when the UFC called me I talked with my mother for three days.

“She doesn’t me to go and fight without my father. But I promise her it’s going to be my last fight. And if I keep my word, I have to follow this.”

Nurmagomedov’s decision to hang up his gloves didn’t come as a surprise to many as he’s still dealing with the passing of his father and head coach Abudlmanap, who passed away in July. 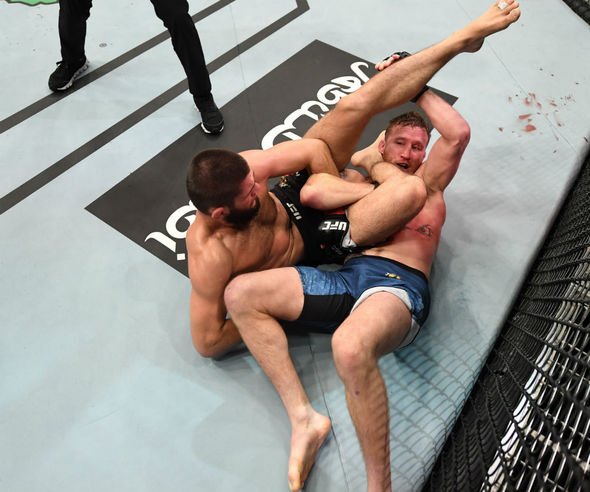 Apparently he was in the hospital and broke his foot three weeks ago. He has two broken toes and a bone in his foot broke

White, like many others, thought Nurmagomedov’s imperious reign could come undone given his sombre demeanour going into the fight, although that didn’t end up being the case.

Nurmagomedov, 32, walks away from the sport with a perfect 29-0 record to his name.

And after seeing him deal with adversity inside and outside of the cage, White believes the Russian is in serious contention to go down as the greatest mixed martial artist of all time.

“It almost smelt like an upset tonight,” White said in the UFC 254 post-fight press conference.

“The way he reacted at the weigh-in and walked into the Octagon. He didn’t look like himself, breathing heavy, taking deep breaths.

“What this guy has been through, we are all lucky we have seen him fight tonight.

“Apparently he was in the hospital and broke his foot three weeks ago. He has two broken toes and a bone in his foot broken. That is what his corner told me.

“He never told anyone and is walking around. He is one of the toughest human beings on the planet and the number one pound-for-pound fighter. 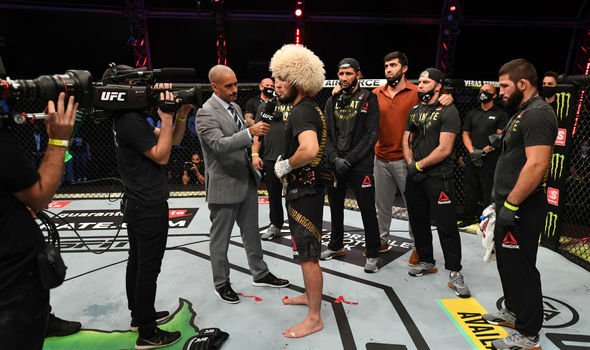 “You have to start putting him in the GOAT status.

“Let him take some time off, let him heal, not physically but emotionally heal, with what he is going through losing his father.”