The organisation has made its name promoting YouTube star Jake Paul’s fights, with combat sports purists frowning on some of the controversial vlogger’s antics in his bid to secure fights with notable opposition.

Paul has called out a string of UFC fighters, including Conor McGregor and Kamaru Usman, plus retired former champions Michael Bisping and Daniel Cormier.

And has now it seems the head of Triller, Ryan Kavanaugh, has been repeatedly attempting to contact the UFC president.

But White isn’t interested and, during the post-fight press conference after UFC 262 in Houston, Texas, the straight-talking UFC president couldn’t stop himself from launching into a lengthy expletive-laden rant about the promotion, and their constant attempts to contact him. 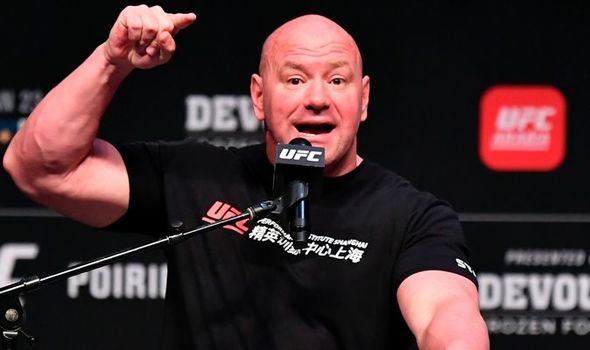 “Oh my god. Don’t even ask me about these idiots,” he began.

“Because I don’t give a f*** about you. Do your thing. Leave me alone. Go do whatever it is that you’re doing. Knock yourself out. I could care less. I have no interest in talking to any of those idiots.”

White said he doesn’t begrudge Triller trying to carve a niche in the world of combat sports. He just wants no part of it, both personally or for the UFC and its fighters.

“They can do their thing. Do your thing. Stop talking about me. Why do you give a s*** what I’m doing? Go do your thing,” he continued.

“I get it, but yeah. Get outta here. What is this thing you’re trying to build? What are you doing? And what do I have to do with it? Or my guys? Do your thing.

“What are you doing? Are you starting an MMA organisation?”

White then took aim at former boxing world champion-turned-promoter Oscar De La Hoya, who recently announced his comeback, which will be shown on a Triller pay-per-view event this summer.

White and De La Hoya have history, with both making less-than-complimentary comments about each other in the past. And White didn’t deviate from that path as he addressed “The Golden Boy’s” involvement with Triller.

“Then you’ve got Oscar, this f****** idiot, in the car again that night: ‘Come with us and make more money than you’ve ever made in your life!’ We heard that before.

“Chuck Liddell’s here tonight. Grab him and ask him if he made more money than he’s ever made in his life when he went with Oscar De La Hoya.

White then caught himself and realised he’d just done the exact thing he wanted to avoid, before laughing at himself for launching into his rant.

“But this is what you want! You want me to do this!” he grinned.

“I tried not to do it! And I can’t help myself.