David Allen ruthlessly stopped Andrea Pesce in the second round as the British heavyweight made an explosive return from retirement in Sheffield.

The Doncaster man ended an 18-month absence from the ring with a dominant victory as he floored his Italian opponent on two occasions before the bout was waved off at Ponds Forge Arena.

Allen had told Sky Sports that he intended to “surprise” his heavyweight rivals if he made a winning return.

“To be honest, I don’t know what’s left,” said Allen. “I’m a bit older, got a few miles on the clock. Probably a bit more sensible. 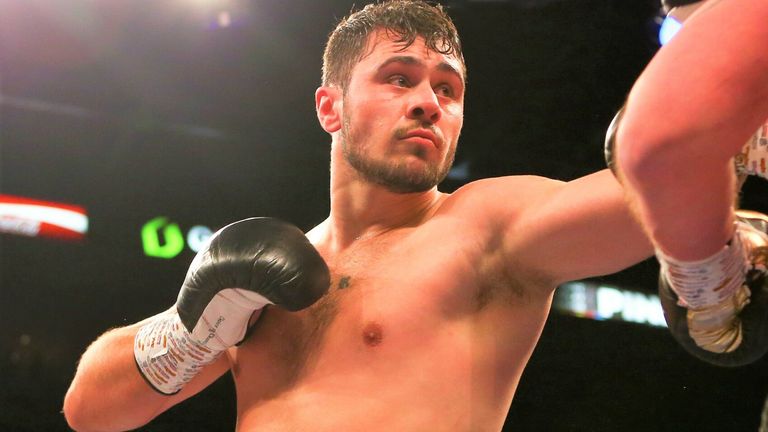 “I’m probably not the same man that I once was, without a care in the world, and I just wanted to fight everybody.

“However, I’m in great physical shape, and if the hunger and everything is still there when the going gets tough, I could surprise a few people down the line.

“Just getting back into the ring will be a win for me.”