Dereck Chisora trains in the gym ahead of Oleksandr Usyk fight

Dereck Chisora faces Joseph Parker this weekend, in a highly-anticipated clash. But the evening will also feature a whole host of undercard fights that will whet the appetite for the main event. Here’s everything you need to know about the event at the Manchester Arena.

Chisora and Parker will finally get to meet in the boxing ring on Saturday night, after 18 months of planning.

The fight was originally scheduled for October 2019, but Parker was bitten by a spider and became unwell, so the fight was postponed.

Plans to reschedule the fight were put on hold during the start of the coronavirus pandemic, but the boxers are finally set to clash this weekend.

Chisora will be hoping to get back to winning ways after his recent defeat to Oleksandr Usyk last year.

READ MORE: Anthony Joshua losing to Kubrat Pulev ‘would not be a shock’ – Chisora 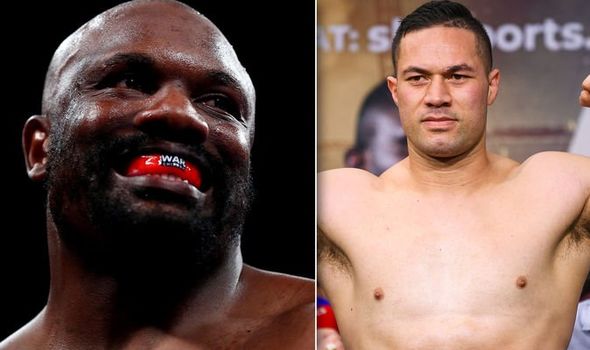 But the fight will also feature an action-packed undercard, which was described as “monstrous” by promoter Eddie Hearn.

The event will see Ireland legend Katie Taylor defending her four lightweight title belts, in what’s been dubbed as the co-main event.

But she comes up against Natasha Jonas, who pushed Taylor to the limit when they fought at the 2012 Olympics.

The Bray Bomber ultimately came out on top at the time, and goes into the fight with an undefeated 17-0 record.

Elsewhere, young Campbell Hatton will once again be taking to the ring.

He’ll be fighting against Levi Dunn, who has lost all four of his professional fights.

Hatton won the first fight of his career earlier this year, and will be hoping to earn his first knockout victory this weekend.

Chris Eubank Jr will be clashing against Marcus Morrison in a middleweight fight, while Dmitry Bivol takes on Craig Richards for the WBA light-heavyweight title. 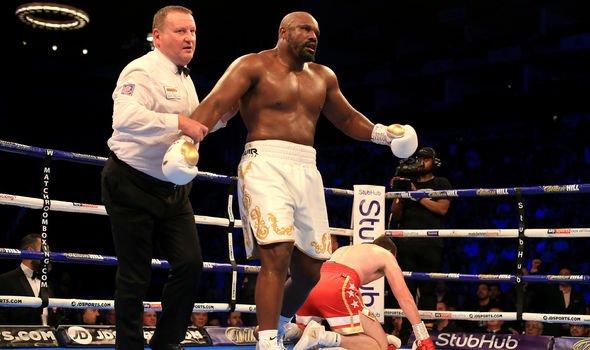 How to watch Chisora vs Parker

The fight will be broadcast exclusively by Sky Sports Box Office.

The pay-per-view event will cost £19.95, with repeats showing at 9am and 4pm the following day.

The undercard is set to get underway from 6pm on Saturday May 1.

Chisora and Parker are expected to make their ring walks at around 10.30pm.