Home » Derek Chisora is still the master of his own destiny despite Joseph Parker disappointment – he's down, but not out…

The heavyweight division has produced many things but never a rival who can end the Derek Chisora soap opera. His fate remains firmly in his own hands – the challenge is to keep it that way.

The antihero known as Del Boy has long twisted the weird and wonderful world of boxing to his own free will but his disappointment at the hands of Joseph Parker was a solemn reminder that even he cannot escape the sport’s cruelties.

“They want me to retire yet but I won’t,” was his emotional outpouring at nobody in particular after losing a split decision despite scoring the fight’s only knock-down. 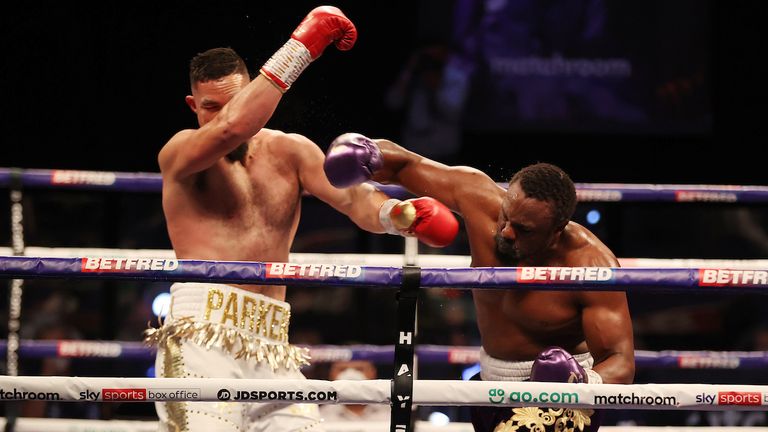 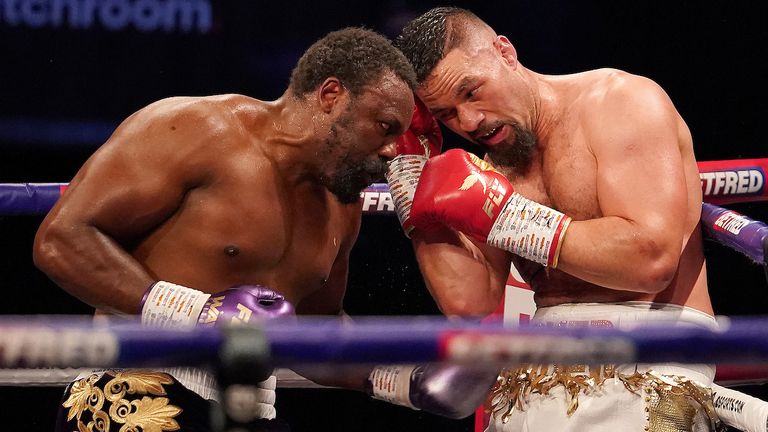 For the first time in nine years, this veteran and lovable rogue has lost back-to-back fights. The last time was a torturous crossroads that he was able to navigate.

Chisora, aged 37, has been the valiant runner-up in the three major events that he has headlined since appointing David Haye as his manager. Chisora’s entire career has been a rollercoaster of terrifying extremes but not since Haye dealt him the third of three consecutive defeats in 2012 has he faced such questions about his future.

His ability to defy boxing’s norms and infrastructure to revel alongside champions, despite a world title being at stake in only one of his 43 fights, has always been part of his unique charm.

Boxing has been good to Chisora over the past few years but he has been dealt an unexpected reminder of its enduring harshness in his past two fights, with consecutive sets of scorecards that left him deflated and ruing his luck.

Seven months ago, he provoked major questions to be asked of Oleksandr Usyk’s status as the next big thing despite being outpointed by the Ukrainian. On Saturday night in Manchester, he flattened Parker after just seven seconds then finished the fight strongly but the judges punished him for the time in between.

His exasperation was almost alarming: “I don’t know what they were seeing,” he said. 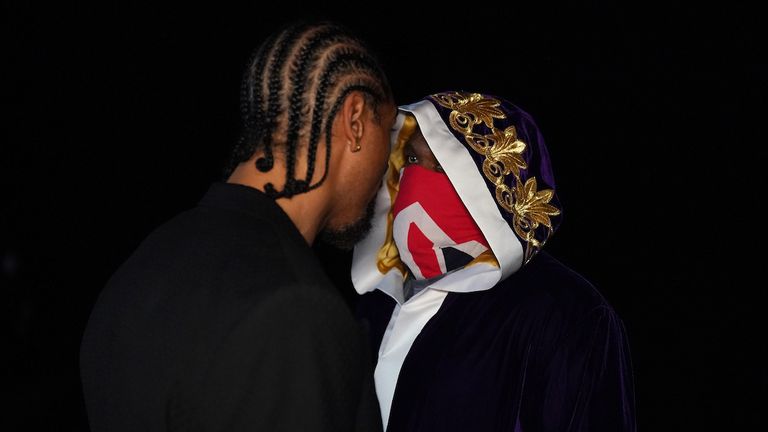 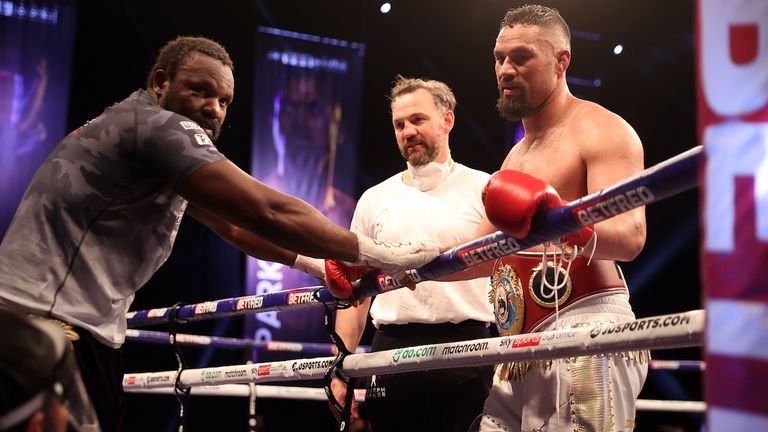 “I won’t let them slow me down. No way. I will go again. Because I will not let them win. I am very upset but they won’t win.

“I’m beyond getting upset now.

“My last fight. This fight. They don’t like me. It’s disappointing.

“I can’t get upset. It’s horrible. I give everything. These are the results I get.

“His coach Andy Lee said I won the fight!”

Lee, in Parker’s corner, admitted: “After the fight, Joe said: ‘I’m not sure if we got this’.”

Chisora’s crucial admission and a window into his spirit beyond the bravado was: “This is the treatment I get from boxing.”

The sport waits for no man and very few make it to the promised land unscathed. Chisora’s run of mixing it with the division’s top dogs need not be over yet, but as the years rack up, he must avoid the hazard of letting anyone else be the master of his destiny. 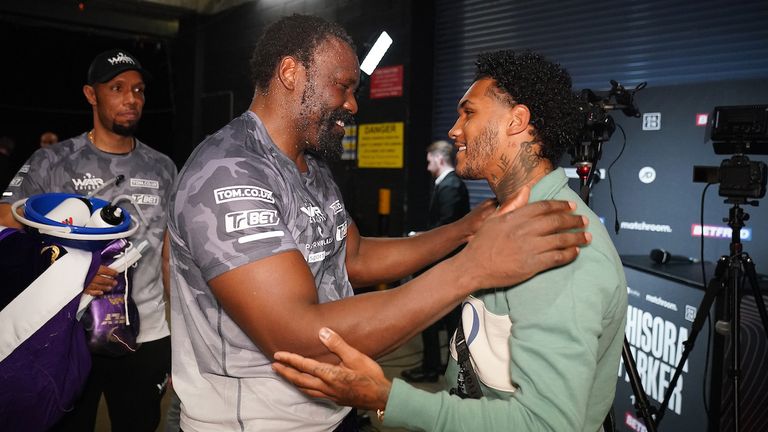 The perception of Chisora among his peers will be as a gatekeeper to the true elite but holding that key can be a poisoned chalice. A queue of young, hungry contenders will look at Chisora as the man they must pass on their way to the top.

The temptation for the seemingly evergreen Brit will be to engage them and continue his run in a truly fascinating career.

But the danger is that he becomes a footnote in a future champion’s legacy.

Boxing can be an ungrateful mistress to even those most loyal to it. The game is littered with credible heavyweights who battled on too bravely for too long, expecting and hoping for their fortune to change. It rarely does.

The chips are not falling in Chisora’s favour but he is still competing at the top level – Usyk and Parker, two former world champions consecutively, did not enjoy their 12 rounds with him and on both occasions, there was a case for the opposite result.

The danger is that he slips into the role of the brave runner-up in a two-horse race, cherry-picked by heavyweights of substance who want to use his name value. It is a job that could add years onto his career at the expense of his reputation. This is the desperate fate that he must avoid. 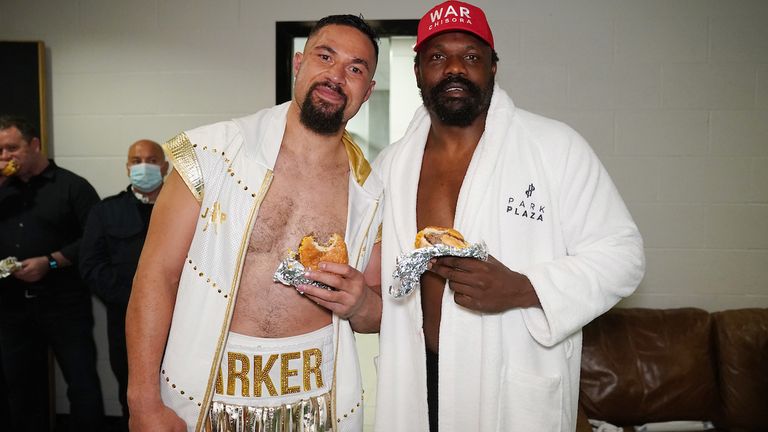 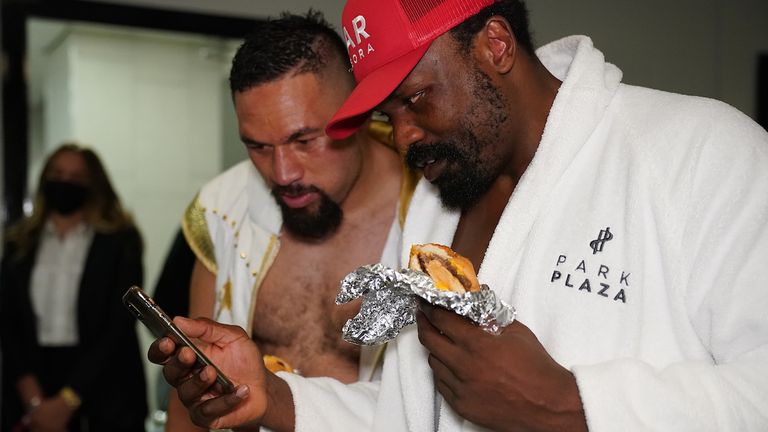 For now? The rematch that Chisora and Parker verbally agreed makes sense especially while the division is logjammed behind the anticipated battle between Anthony Joshua and Tyson Fury.

New Zealand’s Parker, the former WBO champion, went some way to reigniting the flame in his career that was dimmed when he lost his title and his undefeated record to Joshua in 2018.

He has been viewed as meek, probably unfairly, by rivals ever since. His response to beating Chisora: “It was close. It could have gone either way.”

But he retains a lofty ranking with the WBO and could yet battle back into contention – he was, remember, once a part of an exciting, unbeaten triumvirate of world champions alongside Joshua and Deontay Wilder.

The future, with Fury’s ally Andy Lee as his new trainer, looks bright for Parker again but only because one judge plumped for him instead of Chisora. This is how perceptions can change so dramatically based on the scribbling down of the powerful-but-silent ringside decision-makers.

So maybe Chisora should just plough on regardless, fighting contenders who are younger and more ambitious every time? See? It’s that easy to be tempted…

Chisora will lament that it wasn’t him progressing forwards on Saturday and may now never be him. But he is an outlier who has consistently benefitted from the roll of the dice even after fights that didn’t go his way.

We love Chisora for all his controversies and all the chaos and will continue to do so. But he must be careful that he extracts all that he can from this sport without giving back too much of his soul.