A South African referee acted swiftly to stop a boxing fight after one fighter completely lost his bearings and swung at thin air in worrying scenes over the weekend.

Simiso Buthelezi is receiving medical treatment after his WBF African lightweight title fight against Siphesihle Mntungwa was waved off in the final seconds of the last round.

Buthelezi was seemingly cruising towards victory and had his opponent in deep trouble when he sent him through the ropes with a blistering combination. 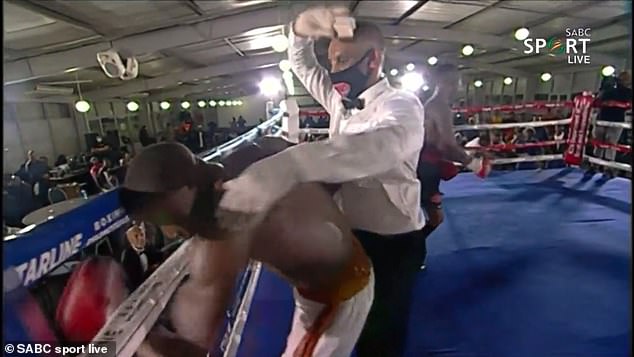 Mntungwa bravely fought on and as he returned to his feet, the fight took a worrying turn for the worst, as Buthelezi moved his focus away from his rival and started moving towards the corner of the ring, throwing punches into empty space.

A shocked Mntungwa appeared hesitant to pounce on Buthelezi and the referee was quick to recognise the potential danger that could follow, stepping in to stop the contest in dramatic circumstances.

Boxing commentator Tim Boxeo posted on Twitter that Buthelezi was ‘almost certainly’ on track to secure a decision victory in his fifth professional bout before the late twist. 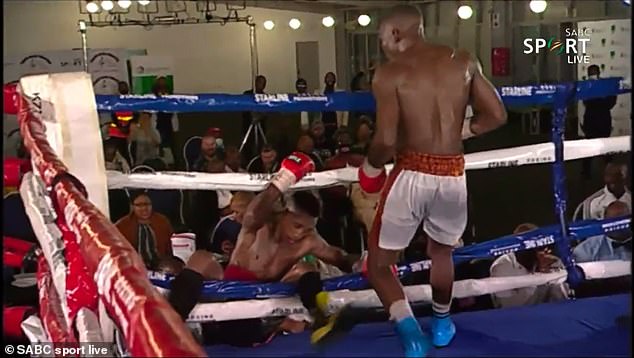 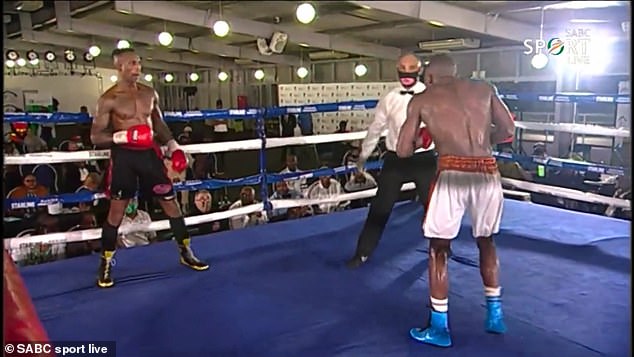 However, the fight took a dramatic turn when Siphesihle Mntungwa returned to his feet 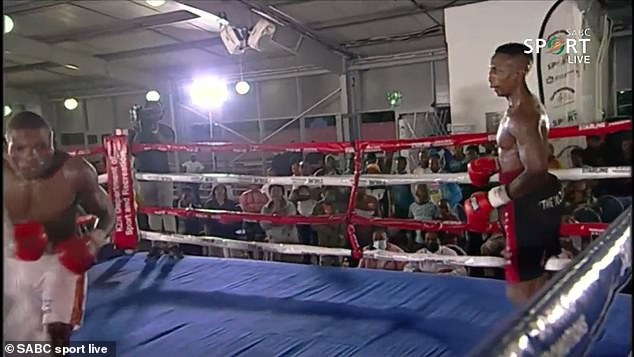 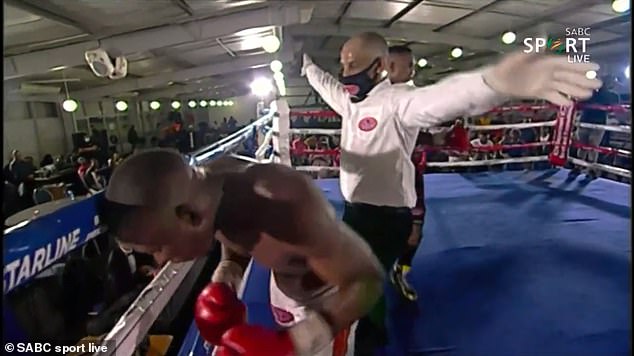 He started throwing punches at thin air, forcing the referee to step in and stop the contest

It was later confirmed that the fighter was in a ‘stable condition’ and being monitored after receiving medical attention in Durban.

Fans theorised that Buthelezi may have suffered heat exhaustion before becoming disoriented, although it is currently winter in South Africa.

Buthelezi boasted an undefeated professional record of 4-0 before his clash at the Greyville Convention Centre but came away with his first career defeat, although that is unlikely to be his primary concern following the worrying scenes.