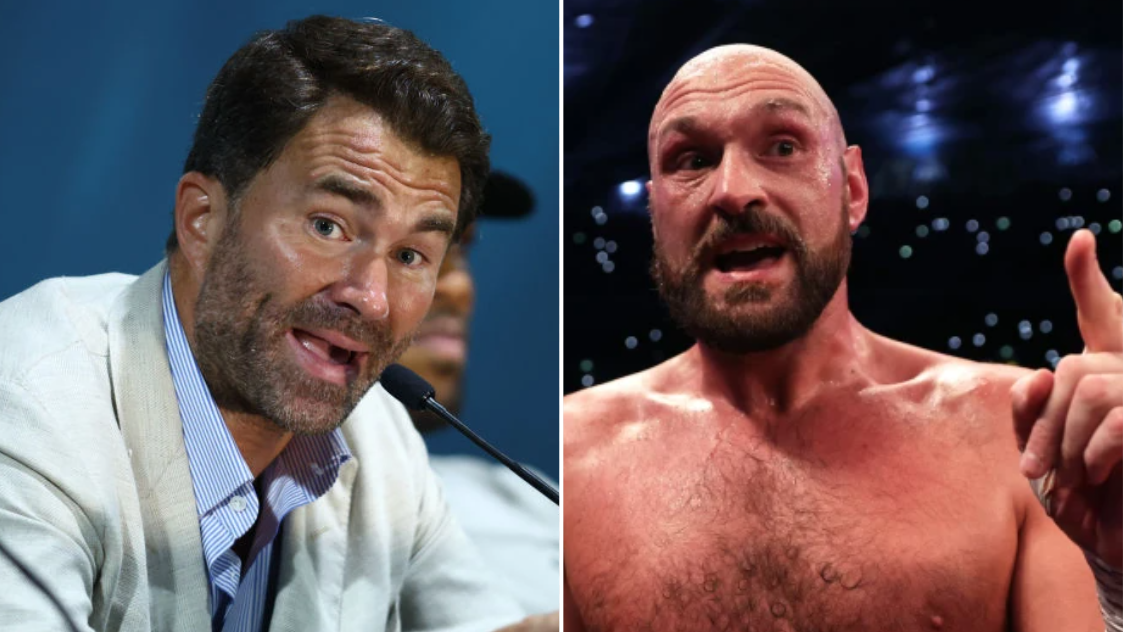 Eddie Hearn has rubbished Tyson Fury’s latest deadline for Anthony Joshua to sign his fight contract and says negotiations between the two parties are still ongoing.

The Gypsy King originally gave AJ until Monday to put pen to paper on terms for a bout on December 3, claiming the fight was officially off and Joshua was now ‘out in the cold’ with Manuel Charr lined up as an alternative opponent instead.

But on Thursday morning, Fury once again took to social media this time claiming he had been convinced by his promoter, Frank Warren, to extend the deadline until close of play on Thursday.

But Hearn insists that is still a nonsensical timeframe and criticised the way Fury has contradicted himself over the past few days, while he says Matchroom and Queensberry Promotions have yet to formalise a final contract anyway – but progress continues to be made.

Asked about Fury’s latest comments, and whether he is confident the fight will happen, Hearn told Behind The Gloves: ‘Not really, because I don’t know what to believe.

‘You can’t come out and say the fight is off, it’s off the table, [Joshua] is a pussy, blah blah blah. From that moment, you don’t down tools, you carry on, but not at the same pace.

‘Yesterday [Wednesday] we received the comments back from our [contract] draft on Monday, and then that’s got to go to our lawyers, it’s got to go to AJ’s lawyers and we’ve got to go through that – which we’re doing today.

‘But it’s not going to get signed today. And I don’t want to call Fury’s bluff and say, “Walk away then” but he said he was doing that on Monday.

He continued: ‘It becomes tedious to people. People get bored. If you look at Tyson Fury’s post, and read the comments, half of it is “Yeah AJ sign the contract you dosser” and the other half is “this is f**king boring”.

‘And he’s not stupid, so part of me wonders why he’s doing that – especially when they’re offering Dereck Chisora the fight, offering Manuel Charr the fight.’

When it was suggested Fury was just playing mind games, Hearn added: ‘But this isn’t mind games to AJ, this is mind games to the perception of the situation.’