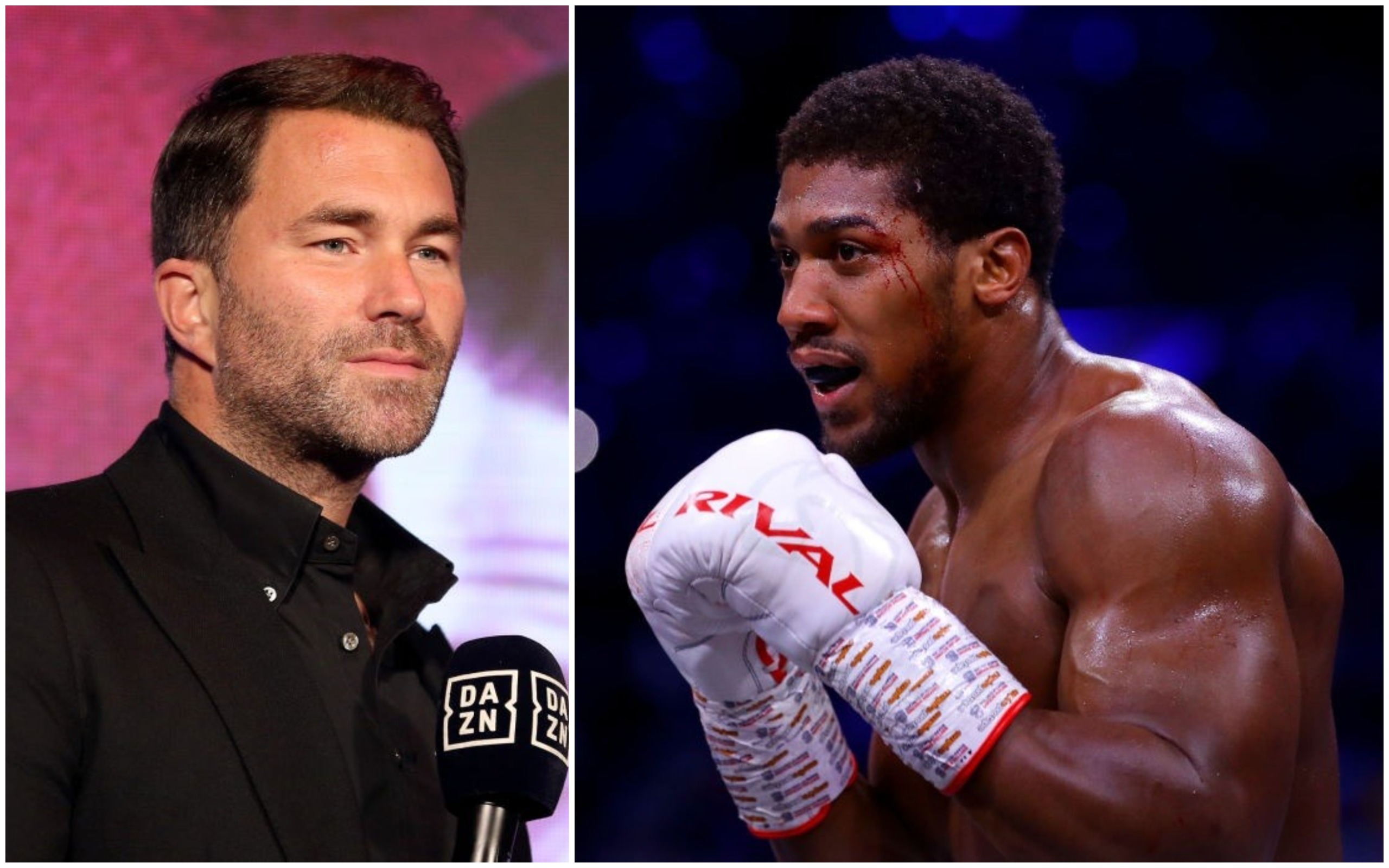 Eddie Hearn has revealed Andy Ruiz Jr has made an approach for a rematch with Anthony Joshua.

Joshua was on course for a showdown fight with Tyson Fury in August before negotiations collapsed last week.

Fury has now committed to a trilogy fight with Deontay Wilder later this year after an arbitrator ruled that the Bronze Bomber, who lost his WBC heavyweight title to Fury 15 months ago, is entitled to a rematch.

Hearn is now in talks to arrange Joshua’s next opponent and Oleksandr Usyk, who is the mandatory challenger for the WBO heavyweight title, is favourite to secure the fight.

But Hearn admits Ruiz, Luis Ortiz and Dillian Whyte offer potential alternatives for Joshua if a fight with Usyk cannot be made.

‘There is a good chance we could fight in America next, but it wouldn’t be against Usyk,’ Hearn told iFL TV.

‘I think if we’re going to move forward with the Usyk fight it’ll be in London.’

Asked about Joshua’s potential opponents if the Usyk fight is not made, Hearn replied: ‘There’s quite a few.

‘If you’re going to America… he’s already messaged me, it’s like deja vu, Andy Ruiz, he Instagramed me and said, ‘I’m ready, let’s do it, AJ vs Ruiz III’. I said, ‘this is like deja vu’, that’s a fight I think we’d be interested in.

‘But I wouldn’t rule out any scenario at the moment for Anthony Joshua.

‘We’ve probably got 10 days to decide what we’re going to do.

‘I think there was a lot of anger from everybody last week, me, AJ, he felt all along they didn’t want the fight.

‘I felt differently, I never felt it about the team but I felt Fury wanted the fight, maybe he didn’t. Certain people didn’t want this fight, basically, and they got their way.’