Eddie Hearn has sensationally put forward Dillian Whyte as a potential opponent for Tyson Fury, who is due to fight on English soil once again in December. The Body Snatcher has been rocked by the news that his rematch with Alexander Povetkin, penciled in for November 21, is now off following an announcement earlier today.

The Russian has tested positive for COVID-19 and Hearn has confirmed Matchroom Boxing were left with no other decision but to cancel the bout.

He tweeted: “Unfortunately we got the news today that Alexander Povetkin is in hospital after testing positive for Covid-19. The fight will now be rescheduled to a target date of Jan 30. An announcement on our Nov 21 show will be made shortly.”

Whyte was out to make amends for his devastating knockout defeat to the 41-year-old veteran in August after he was knocked out cold with an uppercut from hell in the fifth round.

The Brixtoner is currently out in Portugal at his training camp and it appears Hearn is potentially exploring other options. 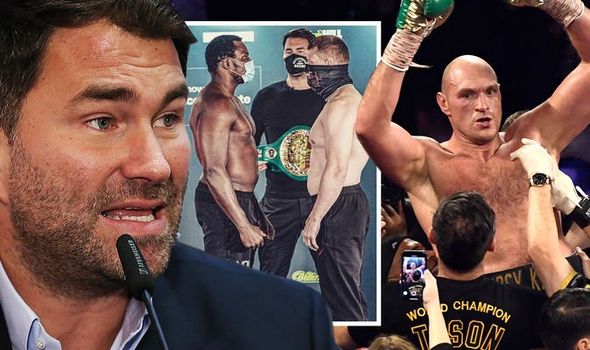 A few minutes after the announcement confirming the postponement, he posted: “Dillian Whyte v Tyson Fury anyone?”

Should Whyte have beaten Povetkin, he was in line for his shot at the Gypsy King’s WBC title after an exhausting two-year wait.

The two Brits have exchanged plenty of words in the past and there was even talk of a potential showdown for the WBC diamond belt back in 2019.

Fury is set to return to action in December on home soil for the first time since his comeback fight in Manchester against Sefer Seferi in 2018.

His promoter Frank Warren recently confirmed to talkSPORT that Fury has chosen Anthony Joshua’s former sparring partner Agit Kabayel as his opponent for the bout.

“Tyson’s fighting on December 5,” Warren said on Monday, before Hearn proposed a potential match up with Whyte.

“We’re giving the guy we wanna fight, which is Kabayel, we’re giving him 24 hours now to sign the contract or we’re gonna move on.

“He’s undefeated and has a win on his record over Derek Chisora. 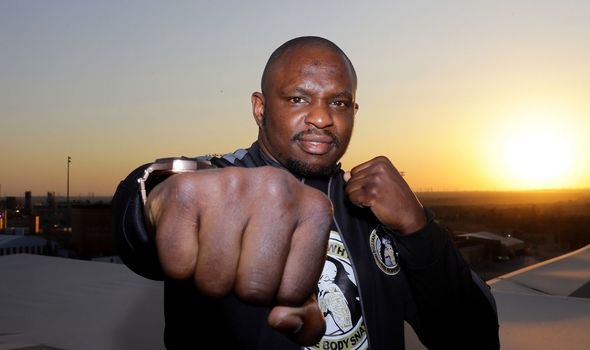 “He [was] the European champion and he’s ranked by the WBC.

“That’s who’s sitting at the moment on a contract and we’re waiting.

“He’s got about 24 hours now to make his mind up to sign it and send it back or we’ll move on.

“He’s the fight, subject to the contract being signed.”

In a surprise turn of events, heavyweight warhorse Chisora has told Hearn he’d be ready to jump in against Whyte for a third fight just days after his points defeat to Oleksandr Usyk.