UFC fighters will ‘not be given a cut’ of the deal struck by their employers to use Dwayne ‘The Rock’ Johnson’s shoe brand as their footwear sponsor.

Athletes are told by the UFC to wear the ‘Project Rock’ shoes during promotional activities on fight week.

But Bloody Elbow report that ‘several fighters and managers’ have informed them there is no additional compensation on offer for wearing the shoes. 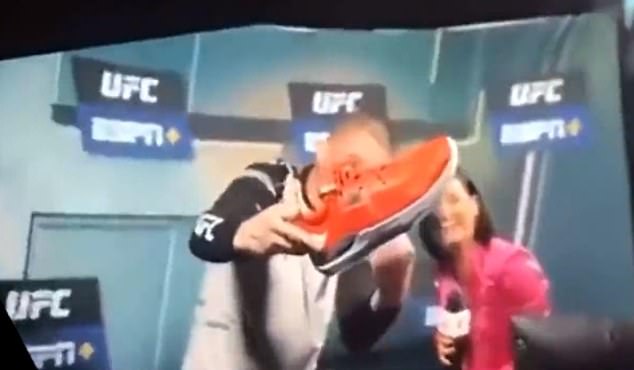 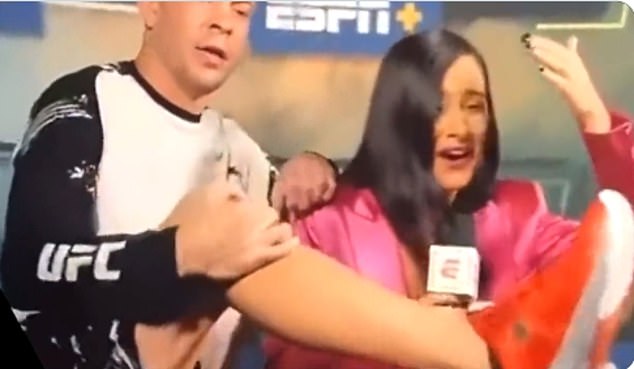 In an interview with a shocked Megan Olivi, he said he was made to wear them 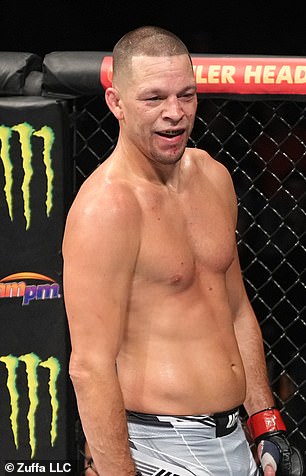 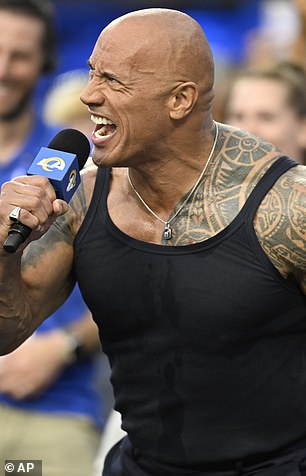 The UFC signed their multi-year undisclosed deal with Under Armour and Project Rock back in January this year.

The slogan of the campaign is: ‘For those who walk the walk’, but it seems the brand’s commitment to fighters does not extend to their bank balances.

In a recent campaign, ‘The Rock’ said: ‘The values and foundation of Project Rock, they are so aligned with the values and the foundations of UFC, and of the fighters.’

There was an embarrassing moment for the UFC prior to UFC 279 when Nate Diaz, in typical style, was conducting an interview with Megan Olivi and criticised the shoes.

In footage, subsequently cut from the final clip on ESPN’s channel, he said: ‘These shoes f***ing suck. Look at these shoes, they made me put this s**t on. F**k these shoes!

UFC fighter deals are structured in a way that any sponsorship deals signed by the company feed into their existing contracts.

Companies such as Venum, Project Rock and Crypto.com are able to have the fighters promote their products and the athletes are then rewarded in a tiered system.

The more fights one has, the more their set amount of pay is and that is increased for champions and challengers.

Those who do not wear the UFC’s branded products do not qualify for the pay.

Fighters used to be able to wear gear sponsored by whichever company they wanted and could directly benefit, so there was enormous backlash with the deal with Reebok kicked in, forcing them to only wear apparel from the sportswear giant.

That deal has now ended but the same rules apply for Venum, the official uniform sponsors.

The structuring of the deal makes it far easier for the UFC to seek out massive deals, with companies resting safe in the knowledge that all fighters will be endorsing their products.

This is a major boost for the promotion but limits the capacity of fighters to make extra revenue.