Tyson Fury’s brother Shane has revealed a private conversation he had about the Anthony Joshua fight with Tyson. According to Shane, his brother told him that he thinks AJ is taking the fight despite it not making much business sense.

The Gypsy King is under the impression that Joshua doesn’t see much point in risking getting knocked out by a warm-up opponent like Zhilei Zhang when he can jump straight into a big fight with Fury and take the same risk for bigger money and rewards if he wins – even though a fight with Fury is likely to always be there.

Speaking to iFL, Shane said: “Tyson says to me when we had a chat and I probably shouldn’t say it but I’m a man with no brains, come out with anything. But he said to me, let me get this right.

“Basically, the business sense would be to take a few stiffs and step up that way, he’s getting paid £15million for a few run outs, have a couple of them then he’d probably fight Tyson after that and then the money’s still there. But the thing is with Joshua and all heavyweights, Joshua can get beat off someone else as easy as he can beat off Tyson.” 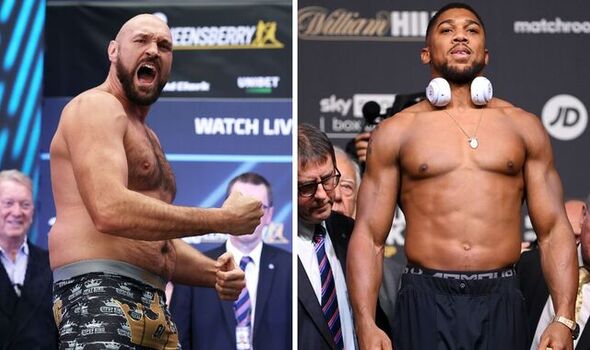 He continued: “When you take shots to give shots, and you’re getting punched and you’re getting hurt and wobbled, you can get knocked out with anyone. I don’t think Joshua’s the type and the team around him to put him out with just a run out. They’re talking about Zhilei Zhang, a southpaw 6 foot 7.

“Zhilei Zhang can put your lights out as easy as anyone else can so you either get knocked out for £15million and roll the dice or you cut the hurdles and just go straight for it and pull off a victory and you’ve done your job.” 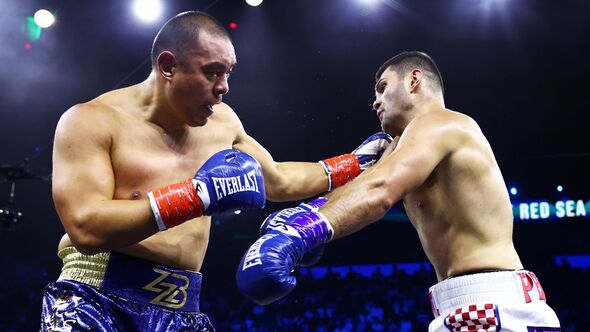 Joshua and Fury are expected to square off on December 3 at the Principality Stadium in Cardiff, Wales with personal terms being agreed upon by both parties. Last Friday, Frank Warren sent the final contracts out to Joshua’s camp to sign and has set a deadline for the end of this week to receive the paperwork back.

Before the Fury fight became a possibility, Eddie Hearn had spoken about re-building Joshua following his second loss to Oleksandr Usyk. The aim was to go on a world tour and fight in various locations including London, Beijing (China), Australia, the Middle East, and America.

Zhang – who is also signed to Matchroom Boxing – was touted as a ‘massive fight’ for Joshua in China by Hearn but that now looks to be dead in the water.