UFC star Gregory Rodrigues had to have his face stitched up after suffering a nasty injury against Chidi Njokuani on Saturday night. The Brazilian fighter was given a nasty gash in the first round but claimed an unlikely win in the second before receiving treatment.

Rodrigues and Njokuani contested the main event at UFC 60 in Las Vegas on Saturday evening. The writing looked to have been on the wall for the former when he was stunned by a blow that opened up a huge cut just above his eyes early in the contest.

But he rallied to overcome a game opponent with a TKO victory in the second round, snatching victory from the jaws of defeat. The referee opted not to stop the contest as, although the injury leaked blood around the ring, it was not flowing freely.

For those not watching in Vegas or at home, pictures of Rodrigues’ cut quickly gained attention on social media with Njokuani certainly leaving his mark, even if he failed to get the win. 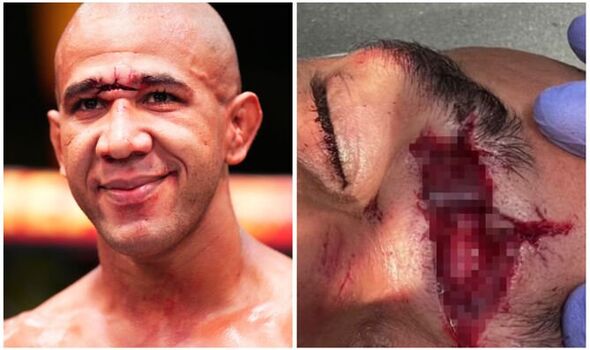 The Brazilian was at least compensated for his efforts, taking home $50,000 for being awarded Fight of the Night which, no doubt, was helped by the eye-popping nature of his victory.

The win improved Rodrigues’ MMA record to 13 wins and four defeats. The 30-year-old made his UFC debut last year against Dusko Todorovic, earning a unanimous decision win in Vegas, which has proven to be a happy hunting ground over the past 12 months.

Rodrigues’ only defeat in UFC came against Armen Petrosyan earlier this year as a split decision went his opponent’s way. Two wins have followed since, however, including the blood-stained battle with Njokuani on Saturday.

Elsewhere on the main card at UFC 60, Andre Fili came away with a split decision win over Bill Algeo and Joseph Pyfer made a big impression on his UFC debut to knock out Alen Amedovski in the first round. Charles Oliveira was among those to praise the event on social media, Tweeting: “UFC 60 amazing fights! [Gregory Rodrigues] really is a robocop. Rodrigo Nascimiento!!! Nikolas Motta!” 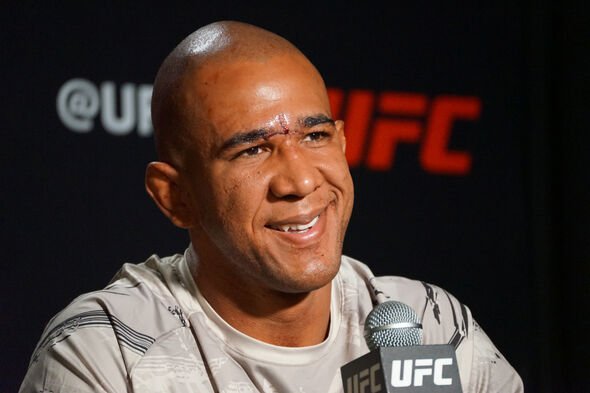