Eddie Hearn has announced that Anthony Joshua will make his boxing return in the spring at The 02 Arena.

Joshua last fought in August when he was defeated by Oleksandr Usyk for the second time, losing his heavyweight world titles in the process.

The 33-year-old has taken some time away from the sport following the loss to the Ukrainian, who is expected to take on Tyson Fury in his next fight. 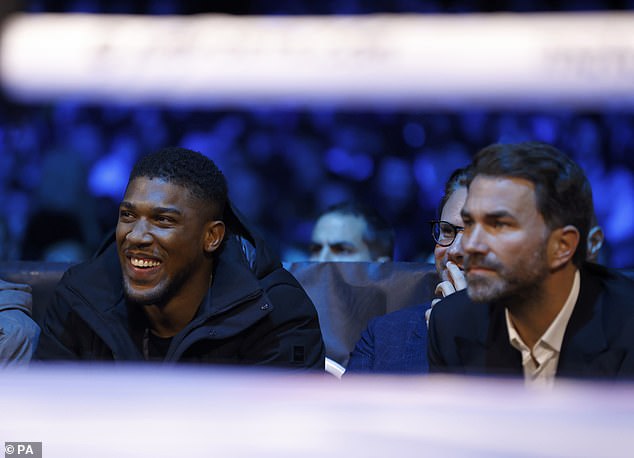 And Joshua’s promoter Hearn confirmed the news that Joshua would return to the ring in the spring, with the heavyweight set to fight at The 02 Arena.

‘(There’s) lot’s going on, Liverpool coming up, O2 again with AJ. Much to do,’ Hearn told International Boxing News.

Joshua has not fought at the 02 since he defeated Dominic Breazeale by knockout in his first-ever title defence back in 2016.

Since then, the Watford-born heavyweight has fought at venues as varied as Wembley, The Principality Stadium, the Tottenham Hotspur Stadium, Madison Square Garden and in Saudi Arabia. 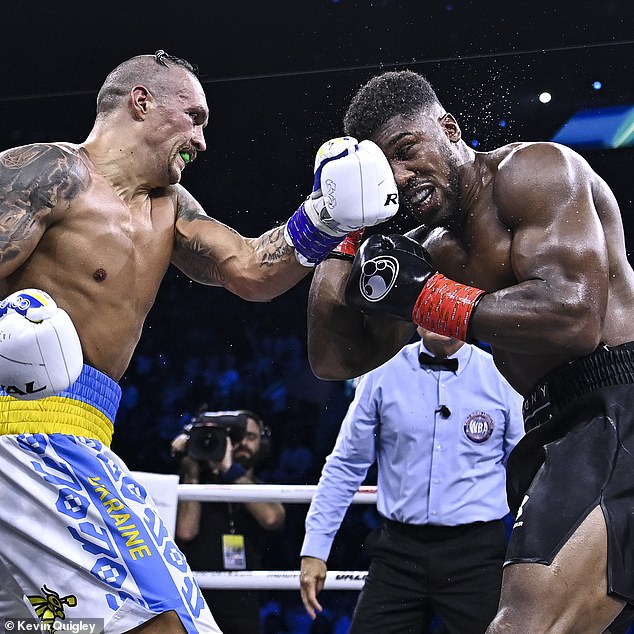 Several names have been linked with taking on AJ such as Dillian Whyte, Deontay Wilder and Otto Wallin – but Hearn remained tight-lipped on Joshua’s opponent.

‘He’ll be fighting in the spring for sure,’ he told iFL TV.

‘I don’t want to give you too many names, because people get excited, disappointed, moan.

‘Just wait and see. It will be a top 15 guy and he’ll (Joshua) be ready to show the world he’s coming for the heavyweight title again.’

Hearn also revealed that Joshua had split with his coach Robert Garcia as he looks to get back to winning ways in the ring. 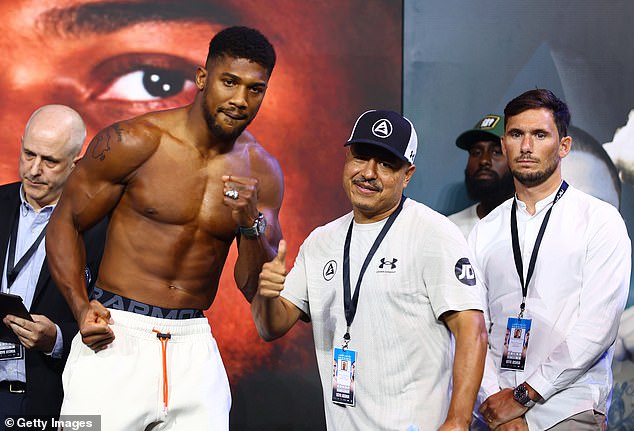 The 33-year-old had split from his long-time trainer Rob McCracken after his first defeat by Usyk, deciding to work with Garcia – who was reportedly behind Joshua’s gameplan in the second fight.

But Hearn confirmed that Joshua is currently out in the US building a new team to have around him as he plans his assent back up the boxing ranks.

‘No, he is good,’ he told Behind The Gloves.  ‘He is out in America at the moment working on his new team.

‘He is getting that together and then we will get an opponent sorted and the date is pretty much locked in.

‘It is pretty much sorted and we are looking forward to seeing him return.’