Home » Fighting » How does heavyweight boxing look without Tyson Fury? 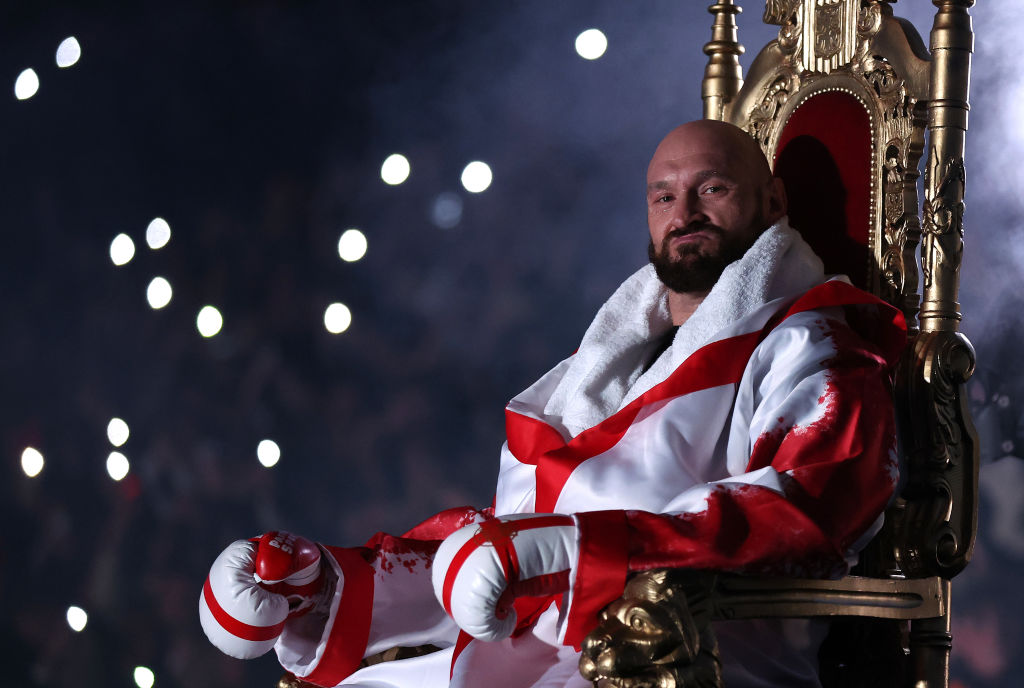 ‘I’m going home,’ Tyson Fury declared shortly after detonating an uppercut for the ages at Wembley Stadium that knocked out Dillian Whyte. If that is to be ‘The Gypsy King’s last action in a boxing ring, there will be no better way to sign off.

Fury is no doubt fond of a wind-up and has persistently contradicted himself over his future in the sport over the years. Previous retirement claims have been taken with a large pinch of salt but it feels different this time, with the 33-year-old last night vowing to stick to a promise made to his wife Paris.

The chance to unify the division against the winner of Oleksandr Usyk vs Anthony Joshua will certainly present itself when the dust settles on that IBF, WBA and WBO title rematch in July.

But should Fury remain resolute in his promise to hang up his gloves – barring money-spinning exhibition fights and WWE appearances – it will mark a seismic shift in the heavyweight division with new challengers ready to join the title picture.

Fury has already given Deontay Wilder his blessing to step in and fight the winner of Usyk vs Joshua II. ‘The Bronze Bomber’ has somehow maintained his no1 ranking with the WBC despite two consecutive defeats but it remains to be seen what version of Wilder returns after those damaging losses to Fury.

A huge PPV return against Andy Ruiz Jr or Luis Ortiz, both also with Al Haymon’s Premier Boxing Champions, might be the most likely scenario should Fury stick to his retirement plan and vacate the belt.

During Saturday’s broadcast, it was announced that Joe Joyce and Joseph Parker have all but agreed their summer showdown. Ranked no2 and no3 respectively with the WBC and no1 and no2 with the WBO, the winner of that contest will surely feel confident of getting a title shot next.

Logic would suggest the winner will be locked in as the mandatory challenger for the WBO title set to be contested by Usyk and Joshua next month – or be firmly in the picture for that WBC belt.

With the IBF and WBA there are a host of fresh names ready to enter the title conversation. Daniel Dubois is expected to fight Trevor Bryan for the ‘regular’ WBA belt before the end of July.

37-year-old Robert Helenius however is pushing to be named the mandatory challenger for the ‘super’ title currently in Usyk’s possession, with the governing body recently ordering a title eliminator with another member of the Fury family in Tyson’s cousin Hughie.

Hughie Fury fell short in his only previous world title shot against Joseph Parker in 2017 and was also on the wrong end of an unanimous decision against Alexander Povetkin in August 2019. But still just 27, he has reeled off three wins since to force his way back into the equation.

The situation with the IBF is a little more clear cut. Unbeaten Croatian star Filip Hrgovic is set to face Zhilei Zhang in a final eliminator to become the mandatory challenger for Usyk or Joshua. That bout will take place on the Dmitry Bivol vs Canelo Alvarez undercard on 7 May.

The heavyweight division could be about to open up somewhat after a series of log jams stemming from rematch clauses and unification talks over the last 18 months.

Of course, all that depends on Fury. He still holds all the cards and should he be tempted back and try to become the first undisputed heavyweight king since Lennox Lewis against Usyk or Joshua, the situation will remain much the same as it is now.

At a glance, the alternatives on the horizon might not be as thrilling with the heavyweight division’s latest boom period possibly nearing its end should Fury walk away. Joshua and Usyk will remain key figures but if Fury passes on his shot at boxing immortality, an undisputed champion of boxing’s blue riband division will be distant possibility once again.

As for Whyte, the picture is also uncertain. While he was rated as the no1 ranked challenger with the WBC for over a 1000 days, he is not ranked within the top 10 across the other three governing bodies.

While he may have to wait again for another title shot, the Brixton fighter has proven he belongs at world level over the years with his wins over Parker and Alexander Povetkin proving his credentials even if he was outclassed by Fury on Saturday.

Should Joshua fall short again against Usyk, a rematch against Whyte and the chance to relive their red-hot rivalry of 2015 could certainly help fill the void and capture the imagination of British boxing fans.

All WBC, WBO, WBA and IBF rankings taken from most recent update on 18 April