Jake Paul’s credentials as a serious fighter have been vigorously defended by his sparring partner Anthony Taylor ahead of the social media star’s return to the ring.

Paul will face his hardest fight yet against Tyron Woodley, a former UFC champion, on Sunday and could set up a showdown against British contender Tommy Fury.

The YouTuber, who has dispatched each of his first three opponents via knockout, has boldly claimed that he could eventually face Saul ‘Canelo’ Alvarez.

“Jake is not a YouTuber anymore,” said his close ally Taylor, who will fight Fury on the undercard. “He is a pro boxer!

“People say Jake doesn’t take it seriously. I’m with him every day. His growth in three years is equivalent to someone else’s growth in six years.

“If you achieve mini-goals, you will get better. And he is getting better every time he fights.

“He has put the hours in, the repetition.

“Jake has developed himself into a professional boxer.

“If you keep working hard and winning, the public cannot deny you.” 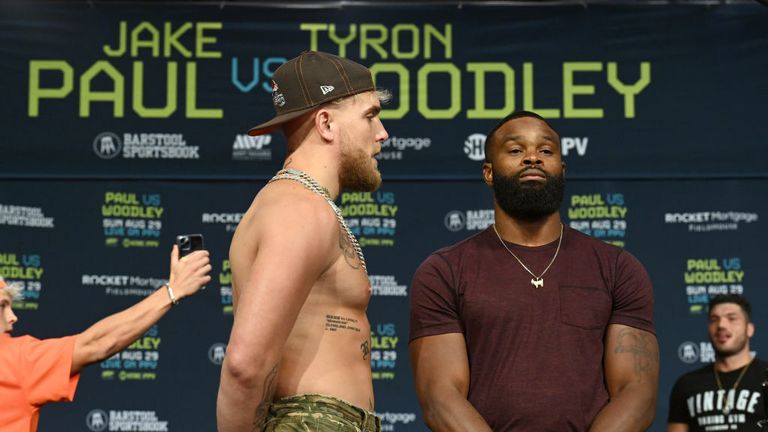 Taylor is a Bellator MMA fighter making his boxing debut against Fury. He shares a link with Paul’s opponent Woodley, who is also debuting inside the ring after crossing over from MMA.

“We never saw Tyron get knocked out [since 2012]. But I do see Tyron losing by unanimous decision.

“I definitely see that.”

Taylor vowed to upset Fury and spoil his plans to fight Paul: “I can get in close with him, I can out-box him on the outside. He is tailor-made for me. He is [slow] like a mummy. “I’ve been boxing since I was 18 but fell in love with MMA at 26. I don’t have amateur experience but I have sparred many pro boxers.

“People just think ‘MMA fighter’. I am a boxer-wrestler. When I train for a fight, I don’t spar amateurs, I go to pro boxing gyms and spar taller guys.”

Fury previously warned Taylor: “I don’t know anything about him, and I don’t want to. It doesn’t matter what he is. He’ll get knocked sparked out.

“He can talk how he wants but it’s all over when he gets in the ring.

“That’s what these fighters don’t understand.

Fury has questioned if a dominant win over Taylor might result in Paul shying away. 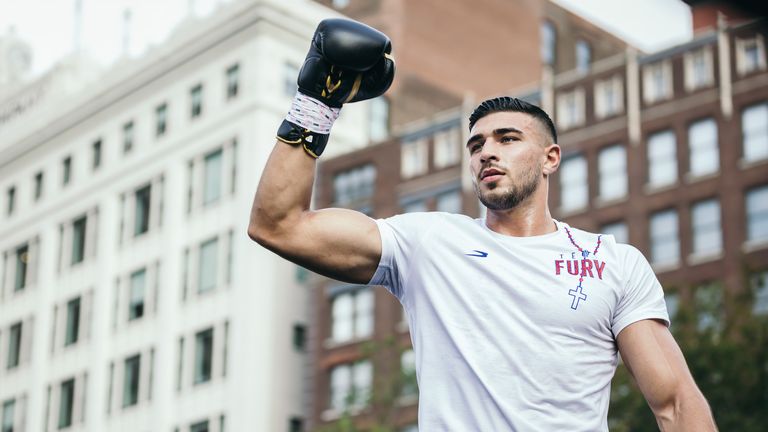 He told Sky Sports: “If I bomb his sparring partner out? The one who he has been having 50-50 [sparring sessions] with in the gym for six weeks? If I bomb him out in 20 seconds?

“I don’t know what he will do.

“He can either run with his tail between his legs or step up like a man and test himself.”

Paul previously told Sky Sports: “Tommy Fury’s record of opponents is like 10-150 losses or 200 losses or something like that.

“I’m not fighting guys who are put in there to lose. I’m the real deal and people will see that.”