Joe Joyce will return to the ring against Carlos Takam on July 24 at The SSE Arena in Wembley, London, aiming to keep his momentum going towards a world title shot.

Britain’s undefeated Joyce had been set to face Oleksandr Usyk when the undisputed heavyweight championship fight between Anthony Joshua and Tyson Fury was expected.

But Fury will instead defend his WBC title against Deontay Wilder on July 24 in Las Vegas, just hours after Joyce’s comeback against Takam, while Joshua’s IBF, WBA and WBO belts will be at stake against Usyk in September. 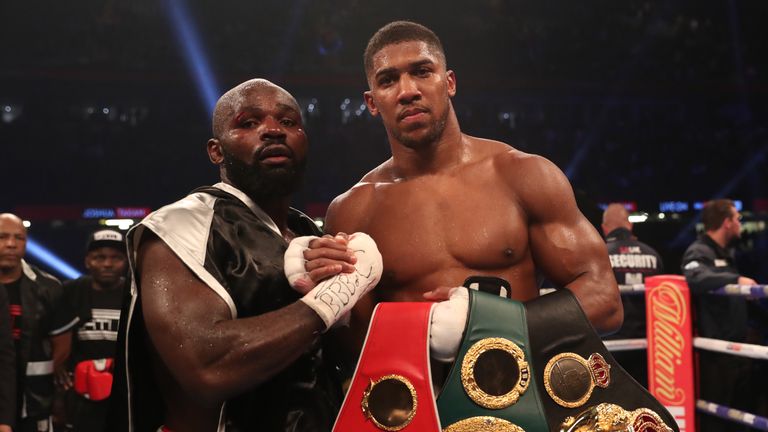 Olympic silver medallist Joyce is coming off a career-best result, when he bludgeoned the previously unbeaten Daniel Dubois to a stoppage.

Joyce is unbeaten in 12 fights and is ranked at No 2 by the WBO so, although he is 35, he is well-positioned for a future shot at the heavyweight title.

But Cameroon-born veteran Takam, 40, is a rugged test of Joyce’s credentials.

Takam has also been knocked out by Derek Chisora and Alexander Povetkin but is riding a four-fight win streak in what is surely his last charge towards the summit of the division.

Watch pound-for-pound star and fearsome puncher Naoya Inoue against Michael Dasmarinas in a world title fight from Las Vegas on Sunday at 3am, live on Sky Sports.