Jose Aldo could call time on his legendary UFC career next January, according to his manager.

The Brazilian is understood to be contemplating bowing out in his homeland on the UFC 283 card on January 21.

Aldo, 36, is entering his twilight years as a fighter and can still mix it with the very best, despite losing to Merab Dvalishvili back in August. 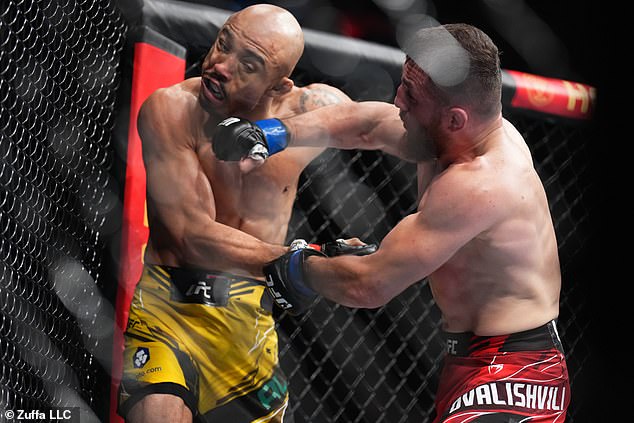 The bantamweight is eyeing up a potential clash with fellow legend Dominic Cruz, although it remains to be seen whether the American will be interested.

Aldo’s manager Andre Pederneiras told Combate: ‘I’d tell him to stop. I think Aldo has already conquered a lot and it won’t be this last fight [against Dvalishvili] that will take away his legacy in the sport.

‘My biggest fear with an athlete when he gets to a stage like that of being at the end is an injury that can screw the guy for the rest of his life.’

‘If Aldo says, “I don’t want any more”, he won’t go hungry at all. You will live well for the rest of your life. Him, the family and the children.’ 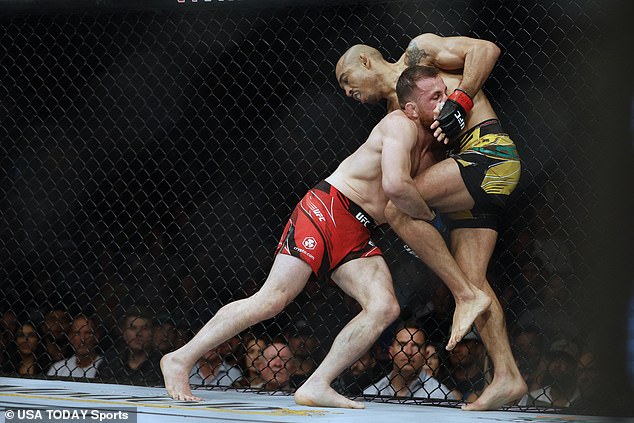 Aldo was out-wrestled by Merab Dvalishvili in August, dropping his first fight in four

But Pederneiras believes Aldo’s decision comes down to the kind of contract the UFC could offer, along with his desire to try and win back the belt.

‘I see Aldo with every chance of being champion in the 61kg category and continuing a race for the title. Now, if there’s going to be this motivation to keep doing this…’ 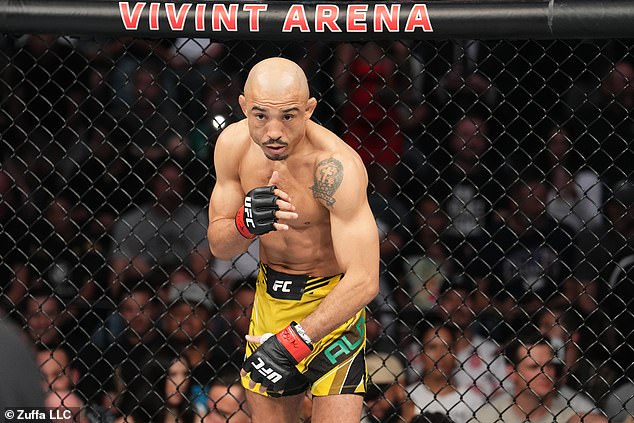 Aldo will be remembered as one of the greatest fighters of all time having dominated the UFC featherweight division.

The major blotch on his copybook is the 13-second KO by Conor McGregor but he has since re-invented himself and thrived down a division.

He won three in a row before the latest defeat and must ask himself if he feels he can make a realistic run at the belt in the months and years ahead.

Anthony Joshua vs Oleksandr Usyk radio coverage: How to listen to the fight for free