In these torturous days of waiting for the first bell, waiting to feel the exhilaration of a punch and waiting to finally see if the opponent grows or shrinks at the crucial moment, a number of things go through the minds of elite fighters.

Josh Taylor and Jose Ramirez will decide the undisputed super-lightweight championship on Saturday in Las Vegas in one of the best fights that boxing can offer and their internal battle to reduce anxieties and reinforce convictions has never been more extreme than it is now. It is a reminder of the fragile battle that fighters at the highest level go through before the punches start flying.

Anthony Joshua and Tyson Fury will face the same challenges if their undisputed title fight happens but, for now, we have Taylor and Ramirez. Fights do not come purer than this, nor harder to predict.

Taylor is pondering what can go wrong.

“What’s the point going back out, risking your health and your life, when you’ve proved that you belong at that level?

“Just for pride? There is no point in that, at all.” 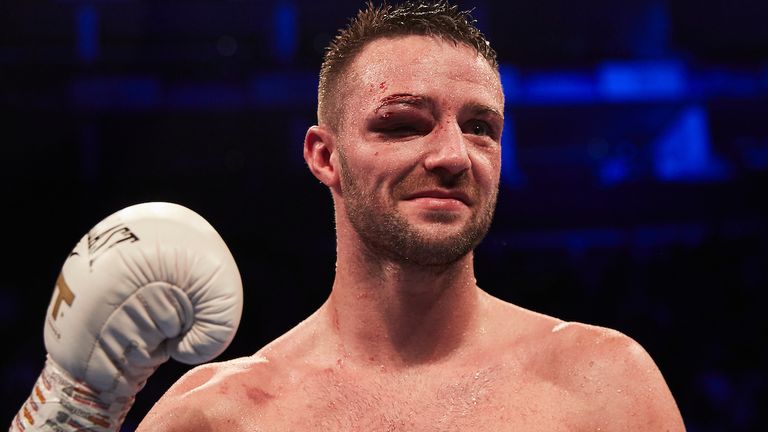 The conversation a fighter and a trainer must have about what to do in a crisis is boxing’s most fraught.

“I’ve said to [Ben Davison]: ‘Let me go out on my shield’,” Taylor says, his voice becoming louder. “But I will always, always say that. My personal choice is that I would always get back up to fight again.

“But Ben is the man in the corner so it depends how the fight is going. Especially if I’m injured like Billy Joe, the sensible thing is to save the fighter and let him fight another day rather than to go out for another couple of minutes and get seriously, seriously hurt.

“That could knacker you for the rest of your life, and there’s more to life than boxing. Your health is your wealth. 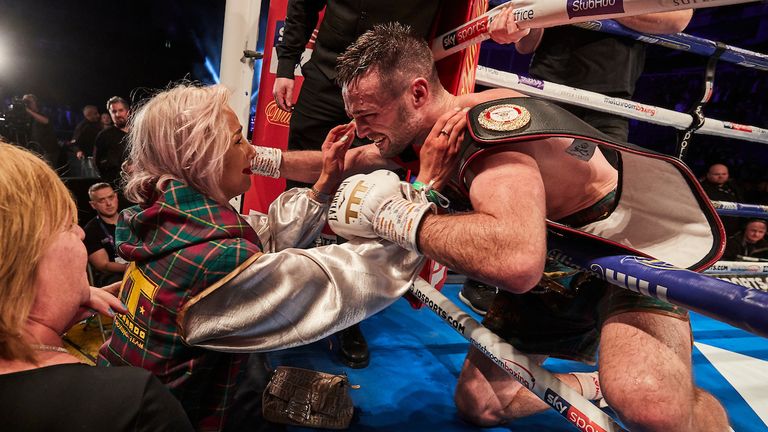 “I will always say: ‘Let me go out and fight’. In the heat of the moment, I will always fight. But after, you say: ‘Thank you for looking after me’.

“That’s how I look at it. If I’m ever in that position I will want to go out on my shield. But Ben will do what’s best for me.”

Taylor’s eye swelled horribly against Regis Prograis but he battled through to win. He says: “There are moments in life when you get tested and you can’t teach people to continue – some people will, some won’t.”

Ramirez can still feel the bleakness of his dream turning sour.

“As a kid I thought that when I won my first world championship everyone would support me, applaud me, be proud. It didn’t happen that way,” he sighs to Sky Sports. “I became world champion but there were still doubts. “Certain things didn’t play out as I imagined.”

That was when Ramirez learned how harsh his profession was.

“Boxing isn’t like other sports. In boxing, it almost feels like it’s never enough,” he says with genuine exasperation.

“I learned to embrace this.

“I learned to separate the wants and the needs. I have people that look at me as a champion forever, no matter what. I do what I do for my family and myself, not to prove anybody else wrong.

“I learned to forgive.”

It made Ramirez into the champion he is today: “There are no insecurities in me. Nothing that can be said to hurt me by somebody I don’t know.”

His fight with Taylor is a collision of two iron wills forged in a different way.

Ramirez is from a small, poor farming area of California where he worked on the land, aged 14, and where he now campaigns for immigrants’ rights. He seems too mild-mannered to step into a ring but his greater fight is for his community.

Taylor, from a fishing town near Edinburgh, is a Taekwondo black belt and a motorbike enthusiast with a glint in his eye that hints he isn’t to be messed with.

Too easily defined by brazen trash talk, the art of psychological warfare can sometimes be so subtle that only the fighters involved notice it.

“There are always mind games with everything,” said Taylor who promises: “Face to face, I will do what I’m feeling at the time and I won’t care what my opponent thinks.” Taylor and Ramirez will spend this week looking up hotel corridors, checking every time the restaurant door opens, every time a gaggle of people enters the room. Waiting to see the other man and how he behaves.

“You pick up bits and bobs with certain opponents but I don’t actively look for it,” insists Taylor.

“I don’t try to get in an opponent’s head. I concentrate on myself.

“I am very mentally strong so mind games do not faze me. 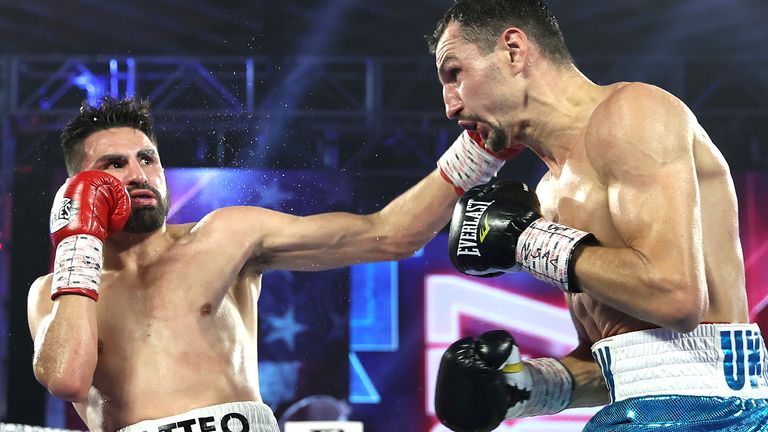 Ramirez is dismissive and believably so when he says: “I don’t think anything of my opponent. I respect every fighter, I genuinely feel that way. To be quite honest I pray that we both come out healthily. Fighters have families, it isn’t easy what we do, so we must show sportsmanship and not forget who we are.

“I try not to worry about little things. If you are so focused on looking for little advantages then you aren’t as prepared as you should be.

“There aren’t any advantages that I can give him. I’m always the same calm guy so he won’t see any differences. It’s not hard to read me!”

Taylor grits his teeth and is menacing when he admits: “My mentality might be different if I had seen Ramirez face to face a couple of times. But I haven’t. The switch might go when I see him. That’s when my mindset will change.”

Taylor and Ramirez are undefeated in 43 combined fights and own every belt at super-lightweight.

The brilliance is that the four titleholders in the division squared off in semi-finals and only Taylor and Ramirez are left standing. Taylor beat Prograis to unify the IBF and WBA belts, Ramirez beat Maurice Hooker for the WBC and WBO.

They both understand how mindset, technique and physicality blend into something otherworldly to win a fight at the highest level.

“You need good tactics, a good game-plan,” Taylor tries to explain how he pushes himself to depths that so few can. “A Plan A of how you think the fight will go. But you can plan for whatever and it might go the opposite way.

“You need fitness, you need the mentality.”

What gave him the extra edge over Prograis despite a badly swollen eye?

“I had the bigger heart,” Taylor says. “I dug deeper. Skill, as well. He couldn’t live with me at mid-to-short range and couldn’t fight at the same pace, he started to wilt. My pace and tactics won that fight.”

Ramirez also deeply understands that this question is trying to measure the unmeasurable. He says: “We could both show a lot of heart then our skill kicks in. Or we could both show the same skills and heart might be needed. It depends. Only when we’re in there, will we find out.

“I believe in myself that I have everything needed to win. I’m strong, I have a big heart for the sport, and the will to win. “

And if they enter the 12th round on Saturday, blood-soaked and exhausted?

“I will remind myself of how hard I worked, how much I deserve this,” Ramirez says.

One of these men will emerge a loser, the cost of rolling the dice in a fight of such gravitas. But what lies in what for the winner is true immortality, the status as men’s boxing’s only undisputed champion. That prize will go to whoever best navigates the darkness, heartbreak, mind games and brutality that led him here.

What channel is Anthony Joshua vs. Kubrat Pulev on in USA? How to watch, buy 2020 fight on pay-per-view