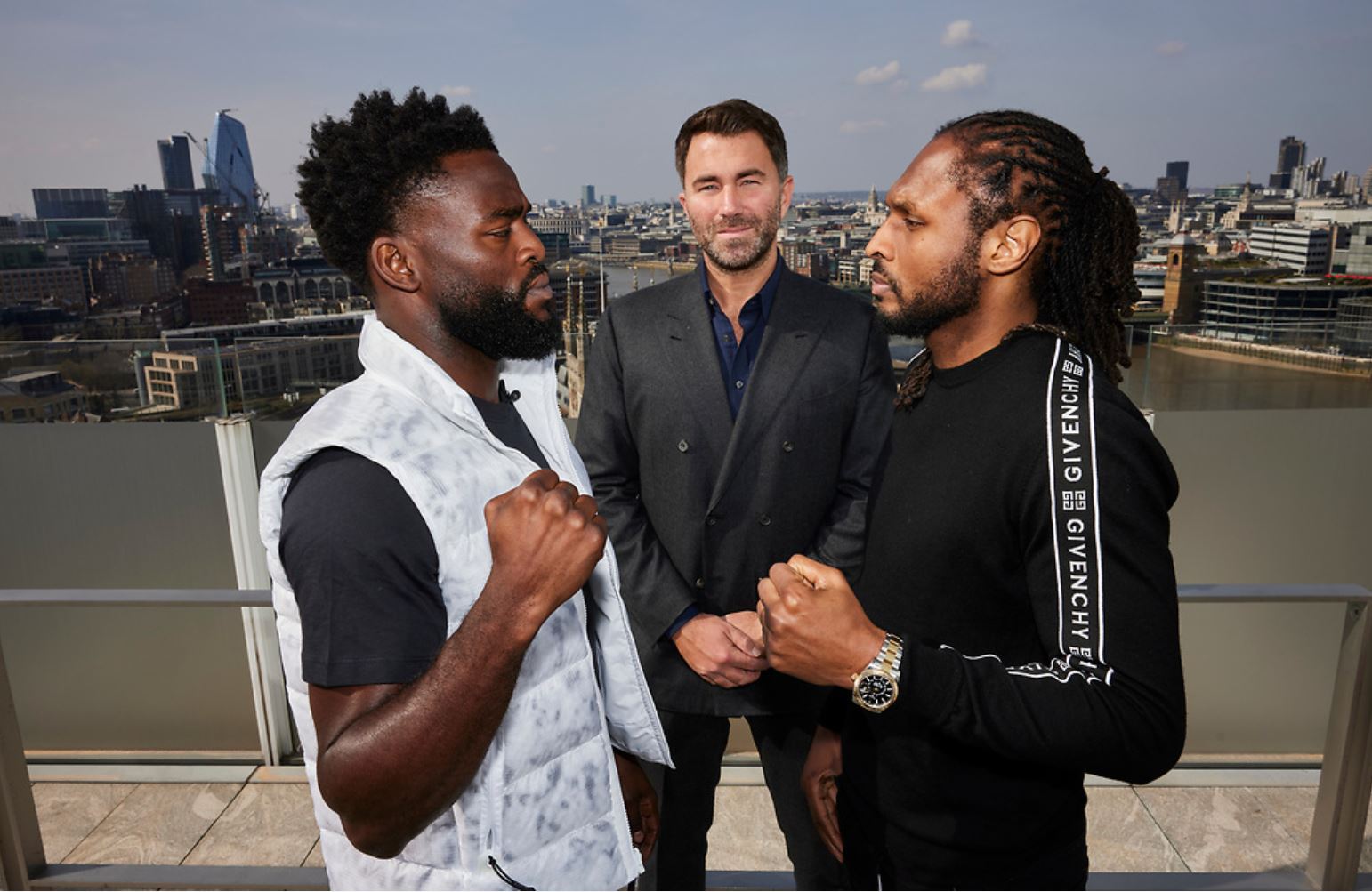 A fight deeply embedded in its local roots but with world title implications hits the O2 Arena on Saturday as Joshua Buatsi and Craig Richards lay their claims to be crowned the king of south east London.

Croydon’s Buatsi has aptly operated under the nickname ‘Just Business’, ruthlessly dispatching his 15 opponents to date in his charge to the top of the light-heavyweight division. There has been little time for emotive narratives so far but against Crystal Palace fighter Richards in an intense local derby setting, things are different.

‘It would be silly for me to say nothing is at stake,’ Buatsi said. ‘We are from the same areas. When you wake up the next day and you want to go into your local shop or something, you want to walk around with your head held eye knowing you put the work in and got the win. All of that matters. It is such an important fight.’

With Saturday’s fight serving as an eliminator for the WBA title currently held by Dmitry Bivol, both Buatsi and Richards are chasing world title glory. Their clash is one of the final steps along a journey that saw both cut their teeth at the same boxing club, South Norwood & Victory ABC as teenagers.

Buatsi, who arrived in the UK with his family at the age of nine from Ghana, grew up on the Shrublands estate in Addington while establishing himself as one of the country’s bright young prospects.

Richards, who grew up down the road in Lewisham and Penge, moved on before Buatsi had walked through the doors and developed his love for boxing at Lynn Athletic Boxing Club where he met amateur coach Terry Palmer, turning professional in 2015.

While never fighting out of the same gym, Buatsi and Richards have crossed paths plenty of times over the years, meeting as amateurs in 2014 in a bout the former won. The relationship, so far, has been a friendly one.

‘Me and Josh were alright,’ Richards said. ‘We always touched base during different times in my career or his career, we would run into each other in the gym and just speak about boxing. But it wasn’t like he was someone I would confide in or he would confide in me, we just liked talking about boxing.

‘We was cool, he would see my family and there was always respect there. We always knew we would cross paths because I could see he had potential and I knew he had potential. We knew a fight would happen sooner or later.’

It was around the summer of 2019 when the relationship began to morph into something a little more competitive following Richards’ victory over Andre Sterling that saw him earn a shot at the British title which was then held by Buatsi.

‘When I was his mandatory at British level it became more inevitable that our paths would cross and that was when we stopped speaking as much as we did,’ Richards continued.

‘We knew we were going to become each other’s rival at some point. The friendship, if that’s what you want to call it, kind of went on hold and now we are here. Now, we are in each other’s way.’

Buatsi prepares for his fights thousands of miles away from home in California under the guidance of trainer Virgil Hunter. But his roots remain in Croydon with a mural of the 29-year-old proudly painted on the corner of Holmesdale Road next to Selhurst Park and just down the road from his old gym where it all began.

After returning from the 2016 Olympics in Rio with his bronze medal, he signed a promotional deal with Eddie Hearn and Matchroom and has enjoyed huge exposure on some of the biggest cards in the UK while also making his Madison Square Garden debut in 2019.

32-year-old Richards is the more experienced fighter, getting his first world title shot last year against Dmitry Bivol – with his performance that night earning overdue credit in the aftermath of the Russian’s emphatic win over pound-for-pound king Saul ‘Canelo’ Alvarez earlier this month. It is one of just two defeats on his 20-fight record.

Prior to that, many of his biggest nights against the likes of Shakan Pitters and Sterling had come on smaller shows, away from sold-out arenas and Sky Sports cameras. ‘Spider’ has no doubts he has had the harder route to the top.

‘It’s obvious,’ he said. ‘But it has made me the fighter I am today. I have improved a lot over the years and the that is because of all those hard fights I have taken, taking on all these undefeated fighters, the prospects I have beaten. These are the fights that have allowed me to develop most as a fighter.

‘For Josh, he’s the Olympian, he has had this profile and has always been promoted stronger. The Olympic background has done him nothing but good, especially with a promoter like Eddie, he has liked to focus on the Olympians because they are easier to promote. They come with a good CV and people have seen them on telly a bit. It’s done him good.’

Buatsi sees things differently, having carried a burden of expectation since his early years in the sport. There has been a target on his back, one he insists is going nowhere anytime soon.

‘Every time I had fought, it has been people thinking: ‘Damn if I can beat this boy that went to the Olympics, it is going to put me in a better position.’ People come at me twice as hard. But it means I end up beating the best versions of these people.

‘Everyone likes to look at it the other way, that I’ve had the Olympics treatment, the easier fights. But I was not given that Olympic medal. I fought for it. You have to get yourself right. God blessed me and I was able to go out there and get it. But from then the target is on my back. That is how I see it, I don’t read into it the other way, that this guy had it hard and this guy had it easy.’

Having boxed within south London’s close boxing fraternity, sharing mutual friends and acquaintances inside and outside the sport, there is no doubt there will be bragging rights also on the line when Buatsi and Richards square off.

But the rewards at the end are much bigger than that. If Buatsi can avoid Spider’s web, he will be on the brink of challenging for the WBA title. The same goal looms large for Richards who will have the added bonus putting down one of the country’s most highly regarded talents along the way.

‘There are constant whispers over who is better out of the two of us,’ Richards said. ‘But at the same time, the bigger picture is our careers, we both know where a win here will take us. First and foremost, that is what makes it so important, not slipping up.

‘I just want to move on with my career and prove I’m the best light-heavyweight in the UK. It’s not really personal with Josh. You don’t want to get right there and fall short. You need to just moving forward and that’s what it is all about for me.’

Inside Ricky Hatton’s mansion with pool, cinema and Only Fools and Horses car