Justin Gaethje is not trying to win over any new fans as he gears up to challenge for the UFC lightweight title against the undefeated Khabib Nurmagomedov tonight on Fight Island.

Gaethje is the huge underdog with a record of 22-2 but he promises it will be Nurmagomedov’s supporters who will be disappointment when he steps into the Octagon.

The 31-year-old American also took a swipe at McGregor’s followers as he looks to rise to the top of the lightweight division.

“Outside Conor McGregor, Khabib has the most toxic fans in the sport,” Gaethje said.

“They’re absolutely ridiculous and I love how emotional they are.

“When I knock him out, I know they’re going to cry literal tears. 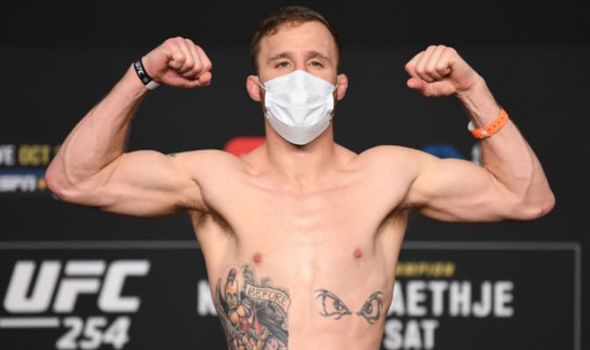 “They think he’s the toughest man on the planet, but tears will fall from their eyes when he goes to sleep.”

Nurmagomedov has won all 28 of his previous fights – including that explosive victory against McGregor.

“I love being the underdog,” Gaethje added. “I love people telling me it’s impossible.

“A legacy is created when you do the impossible and that’s what I’m here for.”

Ahead of the bout, McGregor has weighed in on who he thinks will come out on top.

The Notorious said: “Khabib is going to be on the back foot from the bell.

“Khabib is going to be trembling in there like he always does.

“He’s the most easily backed-up fighter in the game.

“Gaethje will know this and he will get low on his stance and Gaethje’s style is a style to get in and beat that jab nice and low. 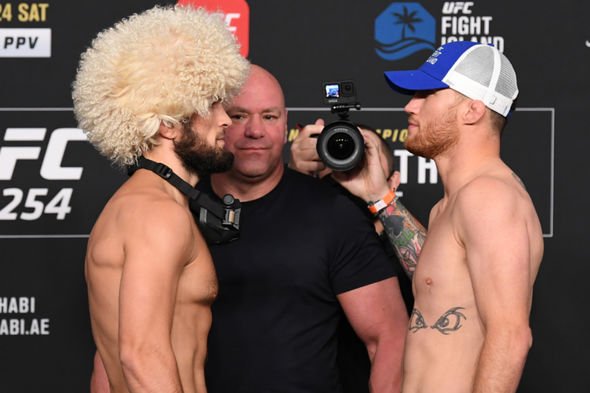 “And while Khabib’s head is up high, come in with a big shot and he could knock him out.

“He could very, very, very well knock him clean out.

“He’s got good wrestling but does he have grappling with his wrestling? I do not believe so.

“I believe if Khabib gets him down it could be over early in the first. I’d probably favour Khabib.”