KSI has boldly claimed he could defeat Floyd Mayweather, and even said his old rival Logan Paul could get the better of Mike Tyson.

KSI beat Logan Paul in YouTuber boxing’s breakthrough moment but they came together to discuss sharing the ring with legends.

The 28-year-old boasted on the Impaulsive podcast: “I’d [beat] up Mayweather.” 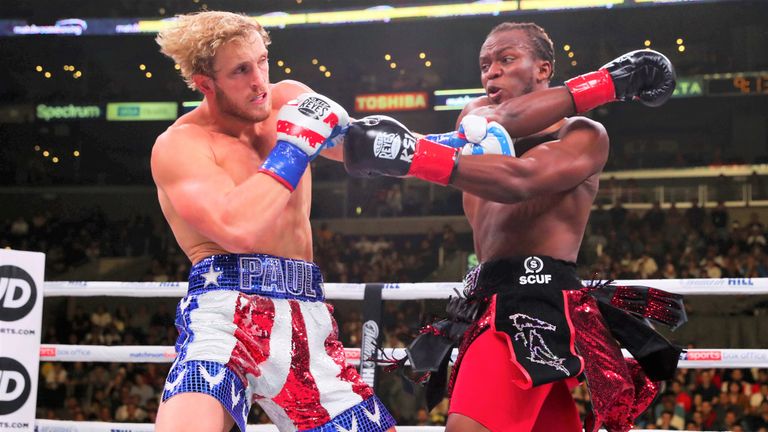 KSI: “I feel like that’s the mentality you have to have.”

Logan Paul: “But then people laugh at you, it’ll be headlines.”

KSI: “People will be like: ‘What? KSI thinks he could beat Mayweather? Shut up.’ Logan Paul went the eight-round distance in an exhibition bout with Mayweather, who is now 44, earlier this summer.

His fellow online influencer Joe Weller about that bout: “Looking at the internet. The majority of my Twitter are saying, ‘Logan Paul just beat Floyd Mayweather’.

“I was expecting Floyd to just end it soon. Make a statement saying that: ‘Boxing is not a game. You YouTubers get out of it.’ The fact that Logan Paul got to the end, fair play, proper respect. KSI then said to Logan Paul: “I think you could beat (Mike) Tyson.