Home » Fighting » Lawrence Okolie on Krzysztof Glowacki world title fight: 'I'm not relying on a big shot to knock the guy out'

Lawrence Okolie insists that he has more to his arsenal than just a big KO punch as he nears his world title fight against Krzysztof Glowacki.

Okolie has developed a reputation for his power after ending 12 of his 15 wins inside the distance but, against the savviest and most experienced rival of his career, has promised to battle until the final bell if necessary. 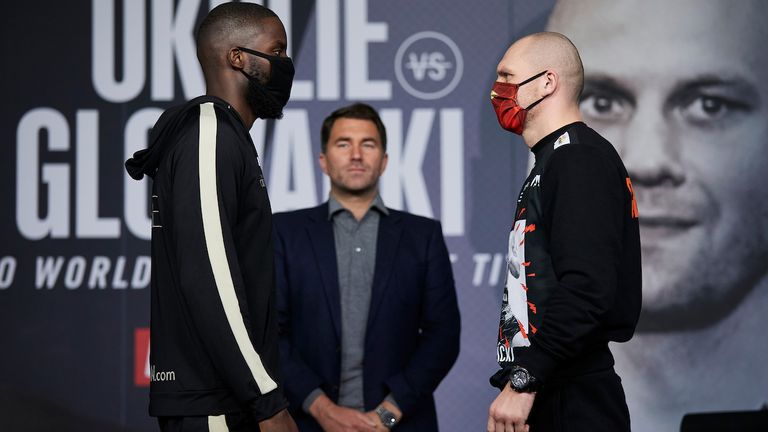 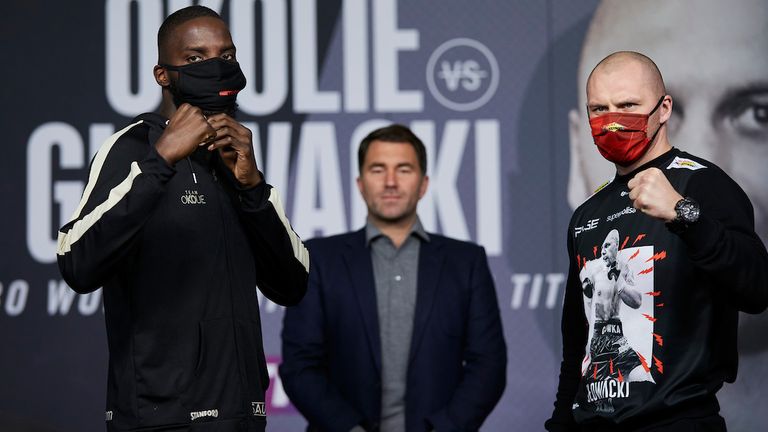 “It’s more so tactically,” he told Sky Sports. “I am never going to throw combinations on the inside. It’s about simple tactics.

“There are different ways to box different styles and I’ve trained to box a shorter southpaw who comes forward.

“At different stages, I will be asked to do different things.

“I’m not relying on a big shot to knock the guy out. I’m relying on him landing and me landing.”

Okolie has won British, European and Commonwealth titles and would equal Anthony Joshua in becoming a world champion in his 16th fight, if he can dispatch Glowacki.

But the rugged Pole has only ever lost to Mairis Briedis and Oleksandr Usyk in 33 fights. 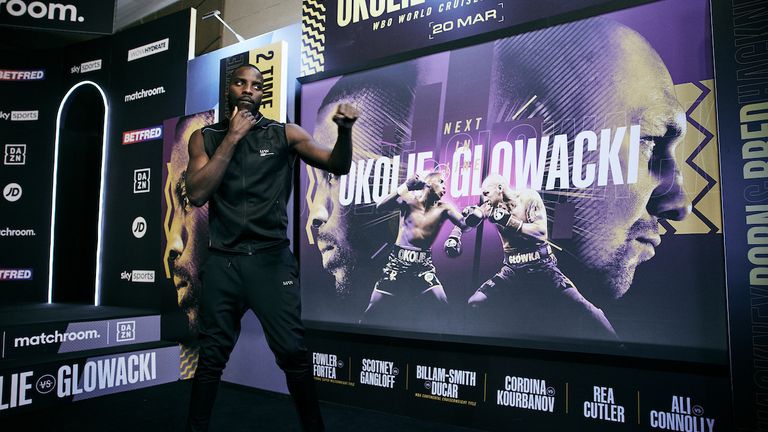 “I’m not here to scratch and claw my way to the top,” Okolie said. “I won’t scrape through, I will do it in impressive fashion.

“For a long time, I’ve told myself that I’m meant to be world champion.

“Glowacki has made that step before but now it’s my turn.

“Everything is about timing. It’s my time to be world champion so there’s nothing to be tense about.

“Every boxer believes in themselves but I take it to another extent. Some people call it arrogant. If you don’t believe in yourself wholeheartedly you can’t be on a stage like this, and shine.

“I need to show I’m a level above him even though my experience isn’t necessarily there.

“My pinnacle is not to become a world champion, it’s to unify and move up.

“This fight? I respect him and I respect the occasion but it’s the first step on a journey.”

Krzysztof Głowacki called for his fans to get behind him on Saturday night as he fights for the world cruiserweight title#OkolieGlowacki pic.twitter.com/NmyoHunD7e

Joe Cordina aims to extend his unbeaten record to 12-0 against Faroukh Kourbanov before chasing a world title fight.

Anthony Fowler said before facing Jorge Fortea: “I can’t afford to lose. I’ve found the right coach [Shane McGuigan]. People will get a shock at how well I box.”

🇫🇷 GET YOUR GCSE FRENCH OUT, EDDIE! 🇫🇷@EddieHearn was left digging a hole in today's press conference with Mailys Gangloff as his question was 'lost in translation' 🤣#ScotneyGangloff pic.twitter.com/XCjUFW5frq

Ellie Scotney said about her second pro fight, against Mailys Gangloff: “I just want, in every fight, to learn something new. This is a step up but it’s one I’m ready to take.”

Chris Billam-Smith, who will meet Vasil Ducar for the WBA continental cruiserweight title, said: “I’m aware of the dangers of this fight but I’m looking to put on a career-best performance.”

Ramla Ali, the former amateur standout who is managed by Anthony Joshua, is in her second pro fight and will take on Bec Connolly.

“I know this is a serious fight,” said Ali, who fled Somalia as a child as a refugee and initially hid her boxing dream from her family.

“For me, it’s a step closer to what I want to achieve. You have to take hard fights, you shouldn’t shy away from them.”