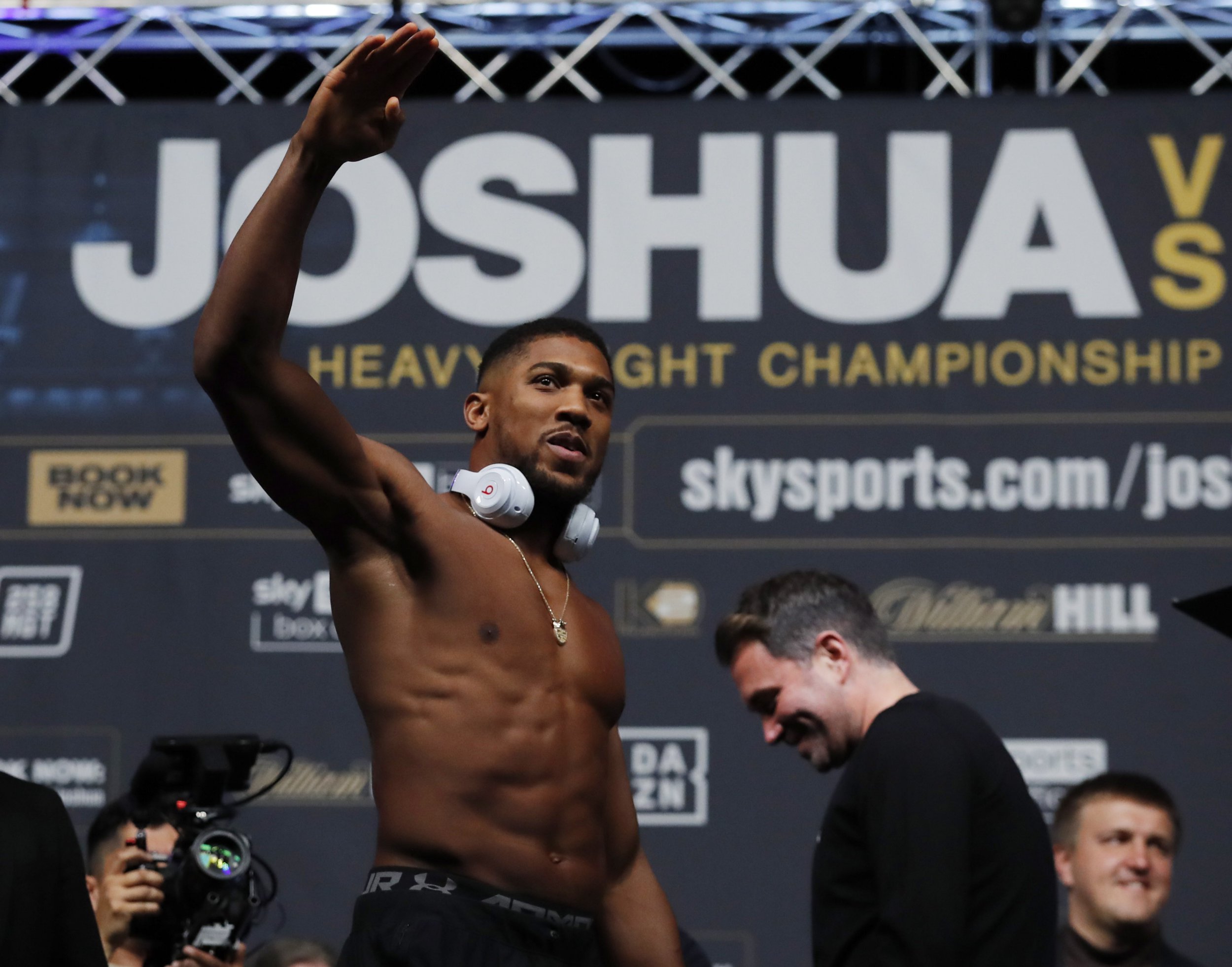 Anthony Joshua has hit the scales at 240lbs ahead of his heavyweight title showdown against Oleksandr Uysk.

The defending IBF, WBO and WBA heavyweight champion puts his belts on the line against the undefeated Ukrainian at the Tottenham Hotspur Stadium on Saturday.

Having shown off his leaner physique during fight week, the Briton came in at 240lbs during Friday’s weigh-in – his second lightest weight across his 11 championship fights dating back to 2016.

Usyk meanwhile came in at 221lbs in what will be just his third fight in the heavyweight division.

Joshua was at his heaviest at 254lbs in his bout against Carlos Takam in October 2017, having hit the scales at 250lbs for his titanic clash with Wladimir Klitschko six months earlier.

Joshua was down to 237lbs for his rematch against Andy Ruiz in December 2019, dropping 10lbs following his shock defeat to the unfancied American earlier that year in New York.

After rising to 240.8lbs against Kubrat Pulev last December, he comes in slightly lighter to combat the cruiserweight king Usyk.

Usyk is regarded as one of the most skilled and elusive fighters of his generation with Joshua’s lighter frame possibly leaving him better equipped to deal with the threat posed by the challenger.

‘Run around the ring, try not to get hit. I’ll be on my bike all night. I don’t want to get out of 140 heartbeats per minute, so I’m really skinny.

‘Listen, I’m as solid as a rock. I’m strong, I’m good at the weight. I don’t really focus on my weight. It’s just training. I just put in the work.

‘These are different opponents and I’ve learnt about training for specific opponents. These guys go longer rounds.

‘When you’re knocking out guys in three or four rounds, it’s different. I studied boxing and what works for me and weight is not a priority.’