They often have to chase shadows and hope in the Collyhurst and Moston gym, which a man called Brian Hughes built to save souls.

Hughes has retired now and left the running of his boxing asylum in Manchester to his greatest living project, Pat Barrett, a fighter he once made a champion, a fighter he saved.

Barrett inherited more than just a tiny office, more than a set of keys when Hughes left the building and left behind a gang of boxers with their toes half on the stairs and half back over the step on the street.

Hughes had to grab Barrett often enough from the places where a Manchester boy could be lost and found in a flash; others were made to go away permanently like far too many who once walked the noisy stairs to the sweaty gym.

“There is no blood on this floor,” Hughes told me in 1993, when Manchester’s streets were slick with far too much spilled crimson. “Out there Pat gets involved, his friends are evil, and that is what burns a kid out, not this, not in here.” In the early Nineties, Collyhurst and Moston was, like Moss Side on the other side of Manchester, making the wrong headlines for the endless gun violence.

Barrett stayed “in here”, won British and European titles, lost just four times in 42 fights, buried family and friends and is still inside the home that Hughes built. Hughes often talked about the friends his fighters had with disgust, he spared nobody and insisted they were like “cling film”, capable of suffocating hope.

Last Friday, on the third of the fan-free boxing shows, Barrett was in the corner for Lyndon Arthur’s first defence of his Commonwealth light-heavyweight title; Arthur beat Dec Spelman over twelve rounds to retain his belt and continue the long tradition. Arthur once had a lot of bad friends, just like his cousin Pat – there is also a lot of father and son in their relationship.

Arthur was gently coaxed through the doors by Barrett a decade ago, gently moved from his daily vigil at the spot where his big brother had been shot and killed in May 2002. Hughes spotted Arthur’s potential from the very start, liked the jab, the movement, the crucial ability to listen. Barrett kept on delivering Arthur, just one more last hope child.

The fighter’s testimony is familiar, sure, but it is also true. It is the tale that all the salvation he could find and need were up those damned, noisy stairs. All Arthur had to do was turn away from the street where Zennen, his big brother, was slain, say no to the offers to become a dealer, stop smoking, climb out of a stolen car and remove himself from any hit lists. Sadly, there is no simple path to win that chance at the last-hope lottery, but if a kid or man or woman wants to take that fateful step, there are men like Barrett waiting. Men like Barrett have tools for survival, they work tiny miracles every night, but there can be setbacks; arrests, problems, addictions, violence, death, torture, kidnap. All real hazards. 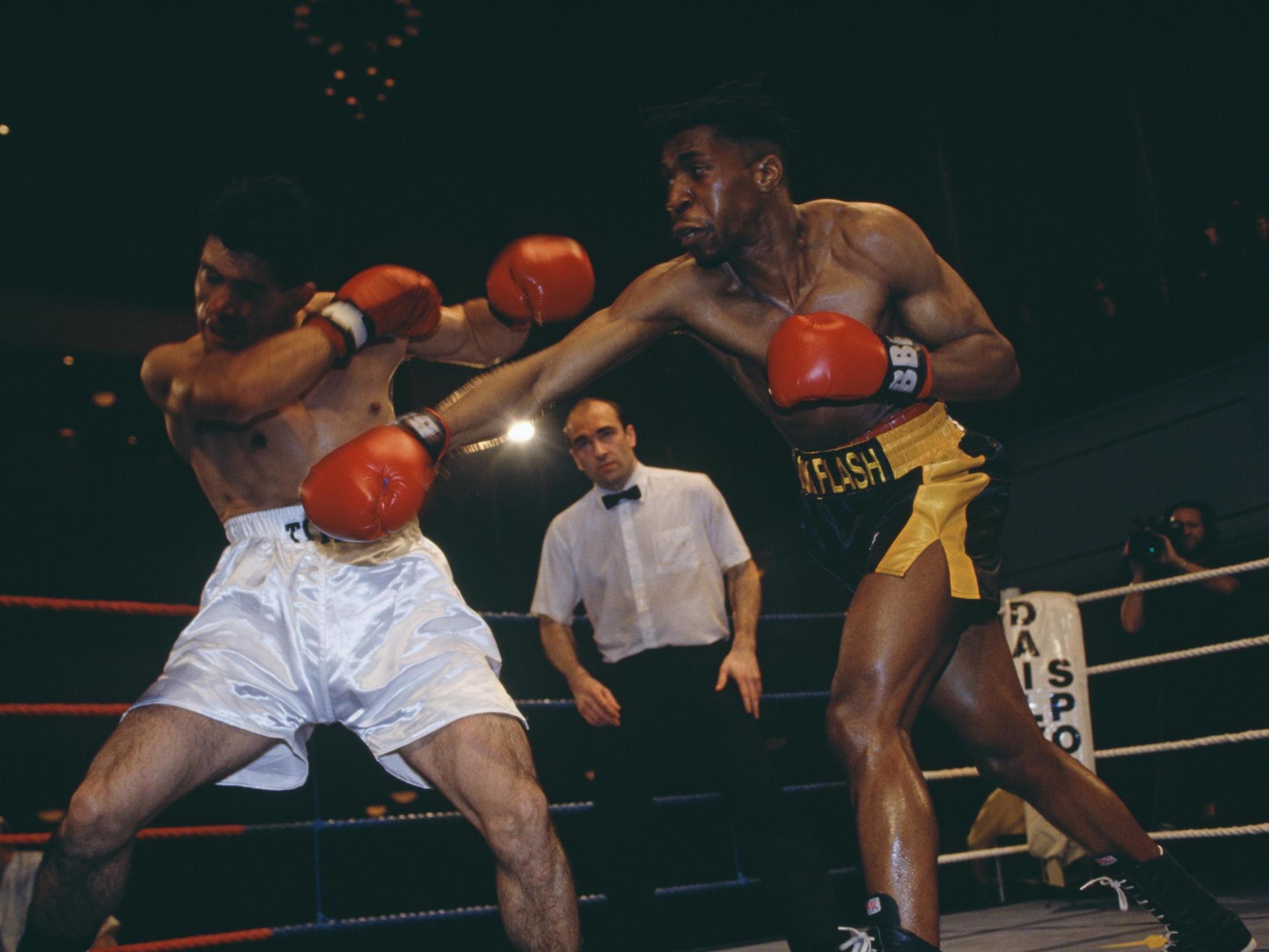 Arthur came up the stairs, he made the GB squad as an amateur, a stunning achievement for such a late, late starter, but his style was made for the slower, longer and more intense distances of the professional side of the sport.

“It was sickening watching decisions go against him in the amateurs,” insisted Barrett. “I kept asking myself why they would do that? That can break a man. I knew he would be a better pro, it would suit him – it would make him.”

The fight on Friday was Arthur’s 17th as a pro and he is unbeaten. His ability to take away Spelman’s natural aggression with movement and a variety of jabs was lovely to watch. Arthur has a smart, languid style of his own, picking his punches with care, wasting few and getting his feet into great positions. On the night, inside the BT boxing bubble, he was variously described as throwing a jab like Apollo Creed and Bob Foster, a perfect combination.

There is a plan now for Arthur to fight Anthony Yarde at the O2 in October, hopefully in front of some spectators; it is a terrific fight and I saw things on Friday that made me think the best of Arthur – which Barrett insists we have not yet seen – gives a lot of good fighters a hard night. He fights with calm and experience and there is no fear.

Meanwhile, back at the Collyhurst and Moston gym, the doors are open, the welcome never stops. Brian Hughes has retired now, Barrett and Thomas McDonagh run the place and they were both saved by Hughes. They are just two men in the salvation game, up a few dark stairs making fighters – it’s just one of those places, one of those old stories.