Conor McGregor has managed to pack on a staggering two-and-a-half stone of muscle in just six months as he prepares for his UFC return, with experts insisting that total is nearly impossible for most people to achieve.

The Irishman is looking to make a comeback in the sport after his shock defeat to Dustin Poirier in July, where he suffered a broken leg in the first round.

In his triology fight with Poirier, McGregor weighed in at 11st 1lb, but thanks to a special fitness and diet regime, he has managed to pack on two-and-a-half stone of muscle (34lbs) in just a six-month period, according to his personal trainer Alejandro Celdran. 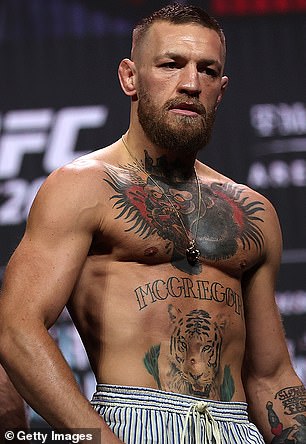 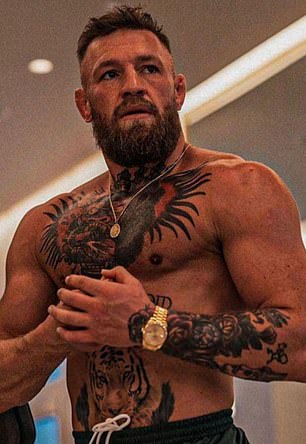 Celdran revealed the Irishman’s special diet and workout plan to Spanish outlet AS last week, where he spoke about how much muscle the ‘Notorious’ has put on in anticipation for his next fight.

Celdran claims that McGregor’s transformation is down to plenty of hypertrophy training, free weights and six carefully-considered meals a day that are tailored to his body.

It’s not the first time McGregor has had to go through radical body transformations in order to compete, given he rose through multiple weight classes in the UFC to cement his legacy as one of the best MMA fighters in recent years.

And while his transformation is staggering, fitness experts are warning that your average Joe should not be expecting to make similar types of gains in such a short timeframe. 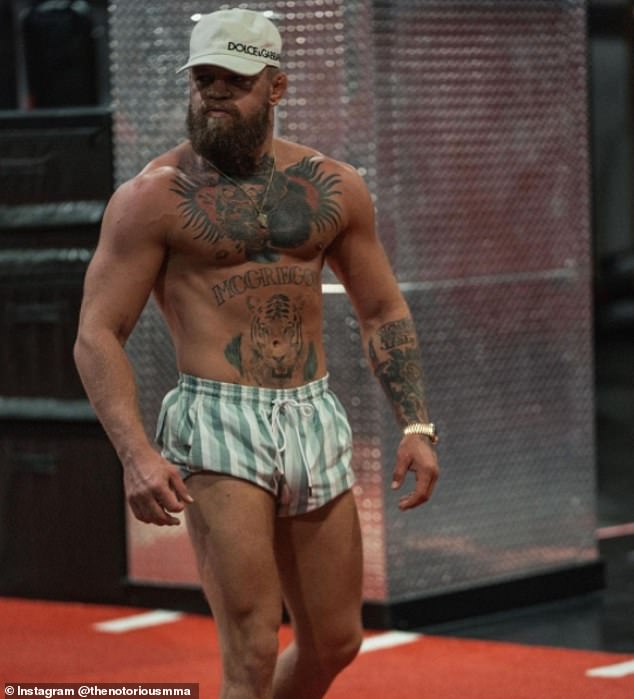 Unless you’re a pro fighter, most gym-goers looking to bulk up should expect modest results and look to gain around one or two pounds of muscle a month, even with your diet and exercise being on point.

According to Strengthlog, a typical beginner might see modest results, gaining four to seven pounds of fat-free mass in three months, while more experience athletes will gain muscle much more slowly over time.

So in a six-month period, this could see most people gain anywhere from three to 14 pounds of muscle in six months, depending on a number of factors like diet, workout regime, age, genetics and body size.

‘It can take months to put on muscle but benefits in strength happen quickly,’ Noam Tamir, founder and CEO of TS Fitness in New York City, told the Insider.

But for someone like McGregor, who’s full-time job is being a pro fighter, will be expected to fully focus on getting in optimum shape – something he has been doing the majority of his adult life.

Despite his impressive transformation, the Irishman was still mocked by rival Poirier, saying he ‘looked a little puffy’ when he posted pictures of himself to Instagram.

Speaking about McGregor’s weight gain, with the 33-year-old currently walking around at 190lbs, Poirier told Michael Bisping: ‘I did see a picture. He does look a little puffy, man. He might want to slow down on the Black Forge, whatever he’s got going on.’

UFC 251: Kamaru Usman ruled Fight Island, and it’s time for the world to appreciate his dominance