Michael Chandler believes he is the man to lure Khabib Nurmagomedov out of retirement.

The American made a huge statement with a first-round KO win over Dan Hooker in his UFC debut on Fight Island in January.

He is now in line to face Justin Gaethje and thinks if he continues to deliver, he can ‘entice’ Khabib back into the fold. 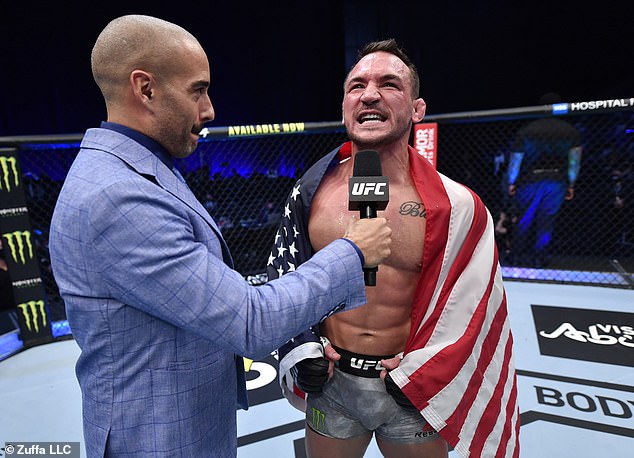 Michael Chandler believes he can entice Khabib Nurmagomedov out of retirement 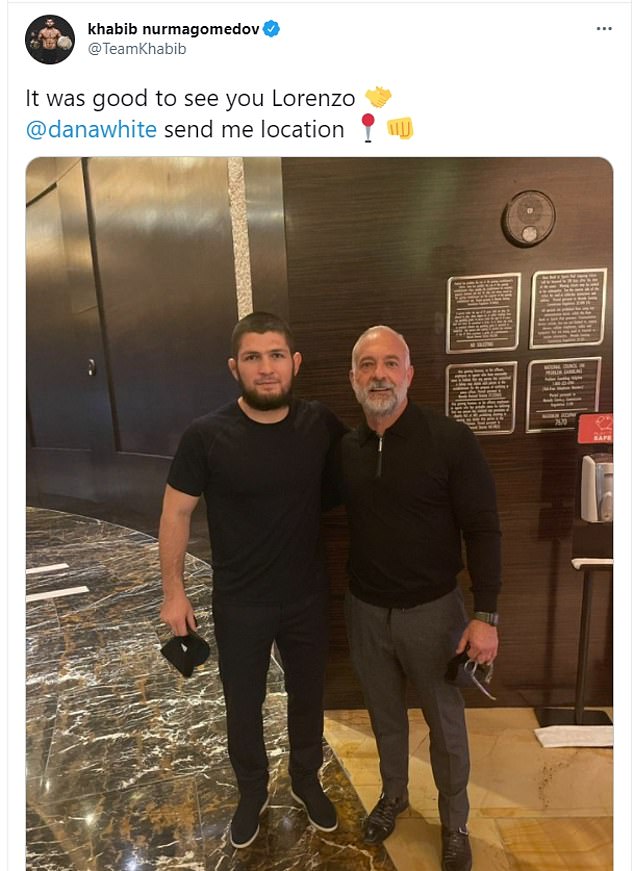 Chandler told MMA Fighting: ‘Whether it’s for the title or not (next fight), then I’ve got to win the title, maybe defend it once, show that I can knock people out.

‘Show that I can grapple and wrestle people, wrestle with the best of them and I think showing that complete fighter will be enough to entice Khabib to come out and try in his quest for 30-0. But I have a sneaky suspicion that he will end up 29-and-Chandler.’

When asked whether he feels he can dominate the lightweight division to the extent require to get Khabib back, Chandler added: ‘I do think my body of work speaks to that.

Khabib has remain in retirement since announcing his decision following the second-round submission of Gaethje last year.

Dana White has spoken optimistically about tempting the pound-for-pound No 1 back into the cage.

And the Russian teased a comeback recently, posing with former UFC owner Lorenzo Fertitta and writing: ‘Dana, send me location.’

Having beaten Dustin Poirier, Conor McGregor and Gaethje, a lack of motivation was cited by the champion as well as the huge impact the death of his father Abdulmanap had last year.

Khabib promised his mother he would not return but if Chandler manages to dominate the division the way he believes he can, it could be a tantalising prospect for the Dagestani. 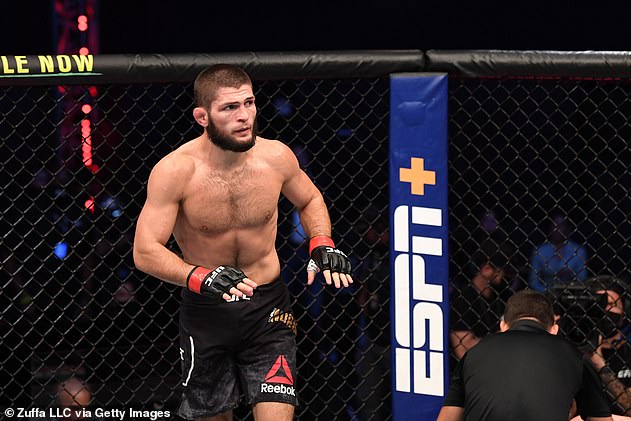